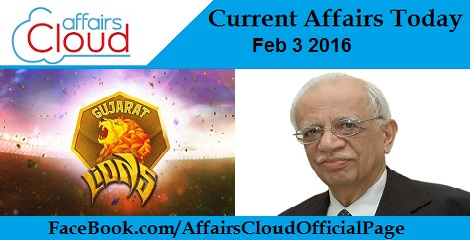 “Real Poseidon”, India’s first underwater restaurant initiated in Ahmedabad which has been created 20 feet below ground level. It has been owned by Ahmedabad-based businessman, Bharat Bhatt.

Around 4000 species of fish and marine species are sourced from the local markets in Ahmedabad, Rajkot and Vadodara.

The Union Health Ministry issued detailed guidelines for fighting against Zika virus. The World Health Organisation (WHO) had declared an emergency over the spread of the virus

Rapid Response Teams (RRT) including a microbiologist, an epidemiologist and a medical specialist has been set up.

As per the performance management company Nielsen‘s global confidence index, India sat down again as topper with 131 points in respect to job prospects, personal finances and immediate spending intentions in the fourth quarter of 2015.

Vietnam initiated the world’s longest three-rope cable car system with a total length of 6,292.5 metres in the Northern Province of Lao Cai.

Tech giant Infosys is all set to build the world’s tallest free-standing clock tower at its 345-acre global education centre in Mysuru.

The tower is designed by one of India’s most famous architects Hafeez Contractor, who also designed Infosys’ Mysuru campus with structural engineering consultancy provided by New York-based firm LERA and built by Bengaluru-based KEF Infra.

In the 6th bi-monthly monetary policy review, Reserve Bank of India (RBI) kept the repo and reverse repo rate unchanged at 6.75% and 5.75% respectively.

In the bi-monthly monetary policy review, RBI also emphasized the need for ease of doing business, in line with the Government’s Start-up India initiative and plans to contribute to an ecosystem that is conducive for growth of start-ups.

HDFC Bank to sell loans to non-customers through ATMs

HDFC Bank is selling Loans to non –customers through ATMs.

HDFC bank is using its ATM network to clutch new customers by extending its branch services through ATMs.

Alphabet Inc. becomes the world’s most valuable company after overtaking the Apple. Alphabet’s market capitalization becomes $531 billion after its share has been rose by 1.7%. Five of the most valuable companies in the world are – Alphabet, Apple, Microsoft Corp., Facebook Inc. and Amazon.com Inc. 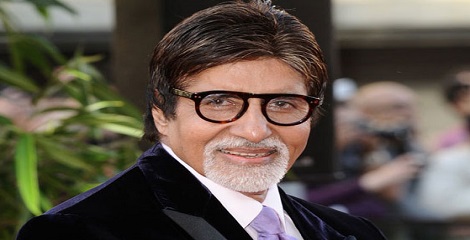 Legendary Amitabh Bachchan (73) was presented with the lifetime achievement award at NDTV Indian of the Year Awards.

State’s oldest University, Kerala University has been conferred with first-ever chancellor’s award with a prize money of Rs 5 crore.

The award was instituted to nurture the spirit of healthy competition among the universities, resulting in better quality in higher education, so as to make the universities vibrant centres of learning. The universities were judged on the following parameters on a total scale of 500 marks:

S N Prasad has been designated as the Director (Marketing), Coal India Ltd. He will succeed B K Saxena.

To ensure greater participation of states, Union Cabinet has given its stamp of approval by allowing the Railways to form Joint Venture companies with state governments to mobilize resources for speedy implementation of rail projects.

India and the National Aeronautics and Space Administration (NASA) joined hands to explore the environment of Ladakh under NASA’s Spaceward Bound programme.

During their 10-day expedition, the scientists will study the similarities of certain parts of the region’s topography and microbial life to the surroundings of Mars.

Kerala won the 61st National School Athletics championship. The championship was started on 29 January 2016 and finished on February 2. 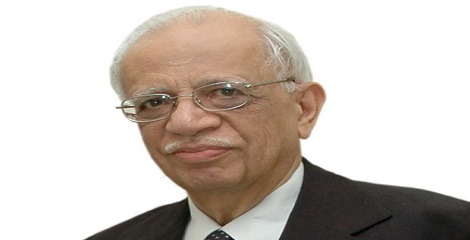 Known for his strong views on inflation and capital account convertibility, S.S. Tarapore, an economist and former Central Bank Deputy Governor passed away in Mumbai at the age of 80. During his session, Indian Govt has introduced economic reforms which led to structural changes. 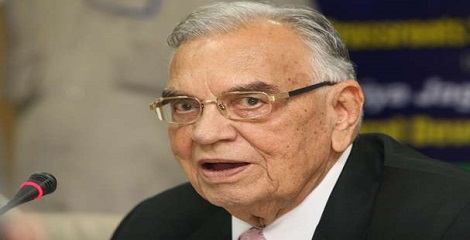 Former Lok Sabha speaker and Congress veteran Balram Jakhar due to brain stroke at the age of 92. 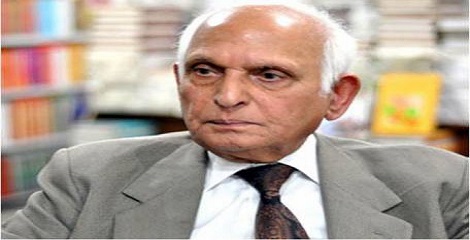 As a journalist he worked in various newspapers and in 1988 he was retired from ‘Daily Mashriq’.