The Union government’s Department of Industrial Policy and Promotion (DIPP) has agreed to set up India’s first defense industrial park at Ottappalam a proposal from the Kerala Industrial Infrastructure Development Corporation.

What is supercritical technology ?

A supercritical steam generator is a type of boiler that operates at supercritical  pressure, frequently used in the production of electric power.Which operates at pressures above the critical pressure — 3,200 psi or 22 MPa 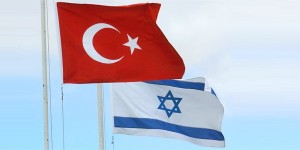 Highlights of the deal :

LIC to launches its e-services

Life Insurance Corporation of India (LIC) launches its e-services. The service will enable policy holders to have easy access to their policies, policy status, and claim information.

RBI gives nod for the appointment of Independent Director B Swaminathan as the Non- Chairman of the Karur Vysya Bank (KVB) for three years. 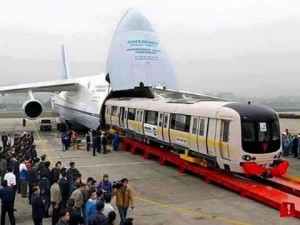 Creating a history in country’s manufacturing sector, a consignment of six metro coaches measuring 75 feet long and weighing 46 tonnes each made in Baroda was shipped to Australia from Mumbai Port .

The government banned duty- free import of capital goods for power generation and transmission projects under the EPCG Scheme.

Aim: To encouraging manufacturing of power equipment and giving a push to domestic capital goods sector.

Atulesh Jindal the 1978 batch IRS officer is appointed as the Chief of Central Board of Direct Taxes (CBDT).He replaces A K Jain.

J K Garg takes over as MD of Corporation Bank

J K Garg has taken over as Managing Director and CEO of Corporation Bank following the retirement of S R Bansal.

French space agency Centre National d’études spatiales (CNES) signed a letter of intent with the Indian Space Research Organization (ISRO) to be the partner in the next Mars mission.

The 2016 Syed Modi International Grand Prix Gold is the second grand prix’s badminton tournament of the 2016.It was held in Lucknow, India on at the Babu Banarasi Das Indoor Stadium from 26 – 31 January 2016.

Japanese city of Fukuoka will host the 2021 World Aquatics Championships. The announcement was made by The International Swimming Federation (FINA).

Kohli replaces Finch as No 1 batsman in T20 Internationals 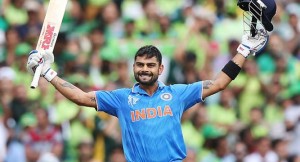 Virat Kohli was rewarded for his stupendous performance in India’s clean sweep against Australia in the T20 internationals as he replaced Aaron Finch with 892 points as the top-ranked batsman in the ICC list.

The British actor Frank Finlay who was nominated as Oscar winner in 1966 has died. The 89 year old Frank work as Iago in Othello.

The world’s best Chef Benoit Violier was found dead at his home. He was the owner of the Restaurant de l’Hotel de Ville in Crissier, near the city of Lausanne.

A theatre-turned-cinema-actor Kollam G K Pillai is known for his character and comedy roles in dramas, movies and TV serials died due to age-related illness.

Former President APJ Abdul Kalam’s book “Transendence” was launched in Johannesburg, South Africa with religious leaders, politicians, diplomats and businessmen from all communities sharing the lessons from the book based on his spiritual experiences with Pramukh Swami Maharaj.

The book, in which Kalam details his experiences with Pramukh Swami Maharaj, leader of the global Bochasanwasi Shri Akshar Purushottam Swaminarayan Sanstha (BAPS), was lauded by speakers who said they had benefited from the advice and wisdom of both the leaders.