In a Landmark move, Chinese lawmakers have adopted first bill against domestic violence and counter-terrorism law to bring traditionally silent abuse victims under legal protection & to address terrorism at home and help maintain world security respectively. Both laws will go into effect in March 2016.

India may be 3rd largest economy after 2030: Study

According to a report by the UK think tank Centre for Economics Business and Research (CEBR), India could become the world’s third largest economy after 2030. 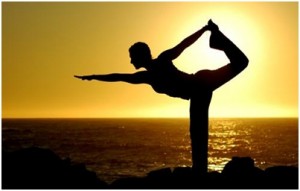 In a bid to encourage people to meditate and maintain a healthy lifestyle, Dubai is going to host the city’s largest all-inclusive yoga initiative.

With sessions available for people of all ages and abilities, the festival will host yoga classes such as Vinyasa Yoga to AcroYoga as well as meditation and healthy eating workshops for complete beginners, pre-trained instructors, pregnant women, children, elderly and more.

Greece’s parliament has approved legislation legalising civil partnerships for gay couples, two years after the country was condemned by a European Court for discrimination.

Several hundred pro-gay rights protesters gathered outside parliament before the vote, under a large banner that read “Love is the law”.

FCI, nodal agency for procurement and distribution of foodgrains has raised Rs 30,000 crore as a short-term loan from 15 consortiums of banks including SBI and PNB to meet working capital requirements.

In order to encourage innovators in India in the area of Payment and Settlement System, the Reserve Bank of India has announced “Payment System Innovation Awards”. Broad areas of innovation which could be considered for the awards are:

The contest would be organised by the Institute for Development and Research in Banking Technology (IDRBT), a wholly owned subsidiary of the Reserve Bank. Three best innovators will be rewarded with citations/prizes. They will also get an opportunity to present their ideas to industry representatives.

The anti-jamming capability of the air-to-air Astra missile was successfully validated in recent trials conducted by missile scientists of the Defence Research and Development Organisation (DRDO).

The ECCM (electronic counter-counter measure) features of the missile to overcome any jamming were evaluated.

Further, customers have the option to add a Visa Prepaid Card linked to their digital wallets to power online commerce transactions and payments to offline merchants. 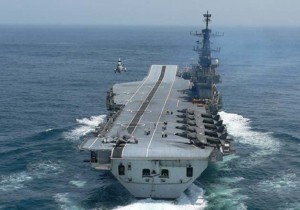 Aircraft-carrier INS Viraat won the coveted Cock Trophy during the Western Fleet Whaler Pulling Regatta making it the last time the warship participated in the event before she is decommissioned. The INS Viraat will be called the Cock Ship till the next regatta.

Vice-Admiral S.P.S. Cheema, Flag Officer Commanding-in-Chief of Mumbai-based Western Naval Command, presided over the finals as the chief guest and also gave away the prizes to the winners.

Archaeologists have unearthed a record number of gold coins and plates, 378 in total from a 2,000-year-old Han dynasty tomb in east China.

The tomb dates back to western Han dynasty (206 BC-24 AD) and it is thought to belong to Liu He, grandson of Emperor Wu.

Ramki Krishnan of Chennai emerged the winner of the Indian Crossword League (IXL) 2015 and lifted the National Crossword Champion Trophy. The 16 finalists were selected on the basis of the final Leader board formed after 10 online weekly rounds. 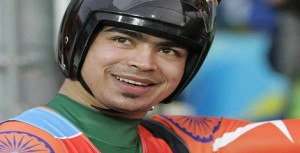 Pakistan’s leg-spinner Yasir Shah was on 27 Dec 2015 provisionally suspended for failing a dope test by the International Cricket Council (ICC).

Aryna Sabalenka of Belarus won the biggest pay cheque of her career after beating Viktoria Kamenskaya of Russia in straight sets to win the singles title in the $25,000 NECC-ITF women’s tennis tournament at the Deccan Gymkhana 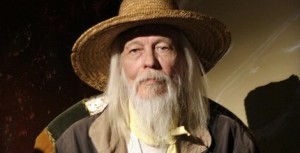 Popular science-fiction writer George Clayton Johnson, who penned the script for the first Star Trek episode, The Man Trap, passed away on 25 December 2015 due to cancer in Los Angeles, California. He was 86.