The states of Maharashtra, Chhattisgarh and Madhya Pradesh have been badly affected by drought in the year 2015 due to deficit rainfall. To improve the current situation and restore it back to normal, the Union Government has approved a financial aid of Rs 6,794 crore for these three states.

In December, Maharashtra government had announced a relief package worth Rs 10,512 crore for more than 15,000 drought-affected villages across 14 districts of Marathwada and Vidarbha areas.

Objective: To make minimum educational qualification compulsory for aspirant of contesting local body polls on the lines of Panchayat polls.

No interviews for junior-level government jobs from January 1

All central government ministries and their Public Sector Undertakings (PSUs) were told to dispense with the requirement of interviews for selections at junior level posts, however, they may continue with skill or physical test.

From January 1, 2016, there will be no recruitment with interview at the junior level posts in government of India ministries, departments, attached and subordinate offices, autonomous bodies and PSUs.

Decision for: All Group ‘C’ and non-gazetted posts of Group ‘B’ category and all such equivalent posts.

China and Taiwan launched a first hotline to build mutual trust between the longtime rivals.

The phone line was formally inaugurated by the chiefs of cross-Strait affairs from both sides as both the countries initiated several measures in recent. The conversation took place between China’s office’s director Zhang Zhijun and Taiwan’s mainland affairs chief Andrew Hsia.

Guinea has been declared Ebola free after the death of more than 2,500 people from the virus leaving Liberia the only country still counting harmfulepidemic.

There were more than 3,800 Ebola cases in Guinea out of the more than 28,600 cases during the epidemic. A total of about 11,300 people died. A country is declared Ebola free 42 days after the recovery or death of the final patient and if there are no new infections.

What is Ebola?
Ebola is a viral hemorrhagic fever and one of the deadliest diseases known to humanity.

Symptoms: Fever, intense weakness, muscle pain, headache and sore throat. This is followed by vomiting, diarrhoea, rash, impaired kidney and liver function, and in some cases, both internal and external bleeding.

India Post payment bank to be operational by March 2017

The Reserve Bank of India had granted in-principle approval to 11 applicants, including Postal Department, in August to set up payments banks.

Modi is set to inaugurate a new helicopter production facility of HAL at Tumkur in Karnataka.

Eminent Gujarati novelist, poet and critic Raghuveer Chaudhary (77) has been chosen for the 51st Jnanpith Award for 2015 for his contribution to Indian literature.

The Ministry of AYUSH has been conferred with the ISO 9001:2008 – Certificate for applying Quality Management System for “Provision of Policy Formulation, Development and Implementation of Programmes for the Propagation & Growth of Ayurveda, Yoga and Naturopathy, Unani, Siddha & Homeopathy”.

This Certification has placed Ministry of AYUSH in a unique position enjoyed by only a few Ministries/Departments of Government of India, which are ISO 9001:2008 certified. 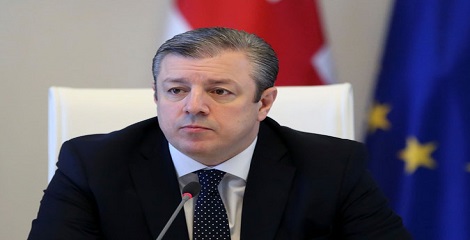 The Georgian Parliament confirmed Giorgi Kvirikashvili as the country`s new prime minister. The Parliament has approved the new government by 86 votes to 28.

The Afghanistan cricket team cruised into the top 10 in the International Cricket Council One-Day International (ODI) rankings for the first time after win the first match against Zimbabwe.

Iconic Marathi poet and recipient of Padma Bhushan, Mangesh Keshav Padgaonkar has been passed away due to brief illness. He was 86. 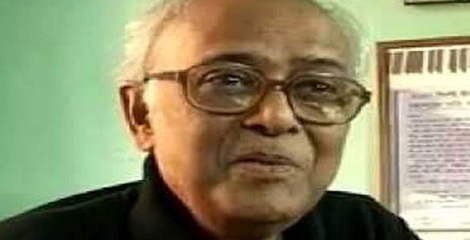 Veteran singer Subir Sen known for his work in Chhoti Bahen died of lung cancer.He was 81.