China and Taiwan launched a first hotline to build mutual trust between the longtime rivals.

The phone line was formally inaugurated by the chiefs of cross-Strait affairs from both sides as both the countries initiated several measures in recent. The conversation took place between China’s office’s director Zhang Zhijun and Taiwan’s mainland affairs chief Andrew Hsia. 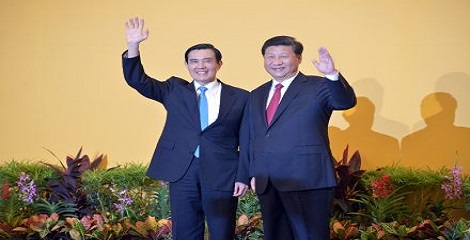 Zhang and Hsia also exchanged New Year greetings during the hotline conversation. During the conversation, both sides affirmed the achievements made in the past year in promoting the development of cross-Strait relations while upholding the 1992 Consensus.

China and Taiwan split at the end of the civil war on the mainland in 1949 and Beijing still regards the island as a province awaiting reunification, never ruling out the use of force to achieve it.

What is hotline?
A hotline is a point-to-point communications link in which a call is automatically directed to the preselected destination without any additional action by the user when the end instrument goes off-hook.