The anti-jamming capability of the air-to-air Astra missile was successfully validated in recent trials conducted by missile scientists of the Defence Research and Development Organisation (DRDO).

The ECCM (electronic counter-counter measure) features of the missile to overcome any jamming were evaluated. 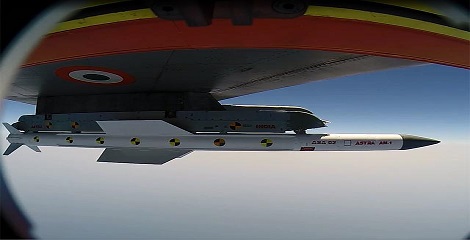 Apart from integrating the missile with Su-30, it is planned to be mounted on other fighter aircraft including Tejas Light Combat Aircraft, Mirage-2000 and MIG-29.