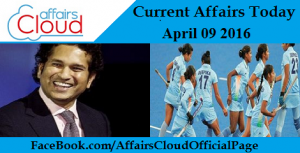 Ministry of Rural Development has released a central share of Rs. 12,230 Crore to the States in connection with the implementation of its flagship programme Mahatma Gandhi National Rural Employment Guarantee Act. This is the biggest amount for the scheme released in one go by the ministry.

Information and Broadcasting Ministry has formed a three-member Committee to oversee the guidelines set for government advertisements by the Supreme Court are followed.

Cheiraoba also called Sajibu Cheiraoba is an annual and religious festival which is held in April.

No weightage to Class 12th marks in JEE ranking from 2017: HRD ministry

The HRD Ministry made changes in the pattern of JEE for 2017 after examining the Ashok Mishra Committee’s report and considering the public feedback.

Government appointed The Master Blaster Sachin Tendulkar to endorse the I Support Skill India campaign, in an attempt to reach out to the youth and build awareness on the importance of skill development.

Maharaja Ranjit Singh Statue to be ensconced in France.

The statue of Maharaja Ranjit Singh will be installed in France’s Saint-Tropez town, the birth place of Army General Jean-Francois Allard. 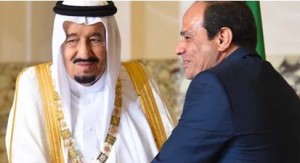 Saudi Arabia’s has announced a pact with Egypt to build a bridge over the Red Sea linking the two countries. The deals agreed with would amount to about $1.7bn.

E-commerce giant Snapdeal has initiated Snapdeal Sunshine, a program that allows users to donate to the associated NGOs, who are in need of the products.

In order to transport natural gas to energy starved countries like India, shareholders of theTurkmenistan- Afghanistan-Pakistan-India (TAPI) Pipeline Company Limited inked an accord to invest $200 million in studies and engineering for the $10 billion project.

“The saint of the gutters”, Mother Teresa has been posthumously conferred with the United Kingdom’s prestigious Founders Award 2016.

Twitter names PepsiCo CFO to its board of directors 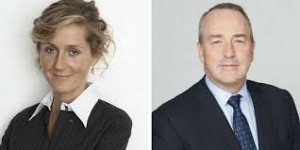 Twitter is appointing PepsiCo’s chief financial officer Hugh Johnston to its board and co-founder and managing director of website lastminute.com Martha Lane Fox will serve as a director.

Bharti Airtel has announced the acquisition of 20 MHz spectrum in eight circles from Aircel for Rs 3,500 crore.

US based aerospace company SpaceX has successfully landed a reusable rocket on an ocean mode,the Falcon 9 rocket successfully lofted the Dragon spacecraft into orbit.

Union government disclosed two dashboards to dynamically monitor progress made in its Make in India initiative as well as rank States on a real-time basis based on Ease of Doing Business.

Make In India Dash Board:

The Dashboard will enable ministries to update on the progress made by them in short and medium-term targets, facilitate timely delivery of identified action points and allow for monitoring and identification of delays in implementation.

The board will allow States to report their progress on the reforms they need to undertake under the State Level Business Reforms Action Plan as well as in validation of responses received from the States/UTs by the DIPP.

The Indian women’s hockey team ended a close 1-0 victory over Canada in a classification game of the Hawke’s Bay Cup in Hastings, New Zealand

Argentina Placed in the pole position from Belgium while World Champions Germany slipped to the 5th position. Copa America champions jumped two places to sit 3rd on the list.

NASA Astronaut Scott Kelly will write a book titled “Endurance: My Year in Space and Our Journey to Mars”. Mr. Scott Kelly returned to the Earth in March 2016 after spending almost a year aboard the International Space Station (ISS).