I&B Ministry instituted AYDMS to be given to commemorate International Yoga Day
To recognise the contributions made by media in spreading awareness about Yoga and for promotion and commemoration of International Yoga Day which is held every year on June 21, The Ministry of Information and Broadcasting (I&B) headed by the Minister Prakash Javadekar instituted a new award called Antarashtriya Yoga Diwas Media Samman (AYDMS) from year 2019.
Key Points:
i. 33 Sammans under Three categories will be conferred. 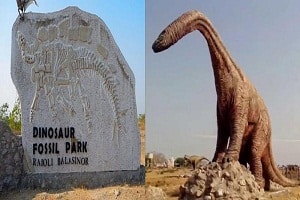 This is the first such park in the country and also the world’s third park which exhibits remains of various dinosaurs and fossil records.
Key points:
i. 3D projection, 360 degrees virtual reality presentations, interactive kiosks, gaming consoles are the facilities equipped with the museum.
ii. The ten galleries of the museum exhibit the history of dinosaurs, which existed 65 million years ago, from origin to extinction.
iii. The Tourism Corporation of Gujarat Ltd created the whole infrastructure of the museum.
iv. Raiyoli is familiar as it is the third largest fossil site and the second largest dinosaur hatchery. It contains several dinosaur fossil and egg finds in the 1980s.
v. The state Government will allocate 10cr financial assistance to tourism to promote the site.
About Gujarat:
Capital: Gandhinagar
Chief minister: Vijay Rupani
Governor: Om Prakash Kohli

G20 Ministerial Meeting held in Japan
The G20 Ministerial meeting on Trade and Digital Economy was held on June 8 and 9, 2019 in Tsukuba city, Ibaraki Prefecture, Japan. It is one of the eight Ministerial Meetings. Trade and Economy Ministers of the Group of 20 major economies discussed the ways to reorder trade rules and finances in an era of technological change and protectionism.

As per UNICEF, 1 in every 5 boys married off before they turn 15
After the first-ever in-depth analysis of child grooms, the United Nations Children’s Fund (UNICEF) study revealed that an estimated 115 million boys and men around the world were married as children. Of which 1 in 5 children (23 million) was married off before the age of 15.

‘National Strategy for Wellbeing 2031’ adopted by the Cabinet of UAE
On June 9, 2019, The Cabinet of United Arab Emirates (UAE) adopted a 12-year strategy ‘National Strategy for Wellbeing 2031’ during its meeting at the Presidential Palace in Abu Dhabi. It will be chaired by Sheikh Mohammed bin Rashid Al Maktoum, Vice President, Prime Minister and Ruler of Dubai. 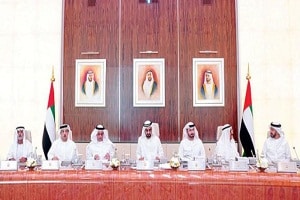 Key Points:
i. The newly adopted strategy has 2 objectives:

ii. ‘National Strategy for Wellbeing 2031’is the development of the first ‘National Well being Observatory’ to support the policy-making process.
iii. It is based on a national framework of 3 main levels namely individuals, society and the country. It comprises of 14 components and 9 strategic objectives, which help in enhancing people’s well being by promoting healthy and active lifestyles, promoting good mental health and adopting positive thinking.
iv. Along with the formation of a National Wellbeing Council to manage and coordinate the national strategy, it will monitor a number of indicators of wellbeing in the UAE, submit regular reports to the UAE Cabinet, propose training programs for government employees and launch of the Academy of Wellbeing future generations.
About UAE:
♦ Capital: Abu Dhabi
♦ Currency: UAE Dirham

African Union suspends Sudan, Demands civil Administration
The African Union (AU) Peace and Security Council has announced that it has suspended Sudan’s participation in all AU activities until the productive establishment of Civilian Government in the country.
The decision was taken at the Peace and Security Council meeting held in Addis Ababa.
The suspension comes after Sudan’s military launched a brutal attack on protesters in the capital, Khartoum. 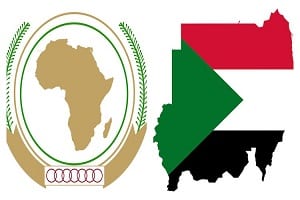 Key points:
i. AU body warned that further action will be taken place if power is not transferred to civilian authority, a demand of pro-democracy protesters.
ii. The military leadership had taken control over the country after the ouster of Sudan President Omar al-Bashir in April 2019 after months of mass protests.
About  African Union:
i. It is pan-Africa continental union consisting of 55 countries.
ii. It is headquartered in Addis Ababa, Ethiopia.
iii. It was founded in May 2001 launched in July 2002 in South Africa.
iv. It has official bodies such as Peace and Security Council and Pan-African Parliament.

First Arctic train service launched by Russia
On June 6, 2019, Russia has launched its first tourist train service passing through Russia’s Arctic region. It begins a journey from Saint Petersburg station to Norway with 91 passengers aboard. 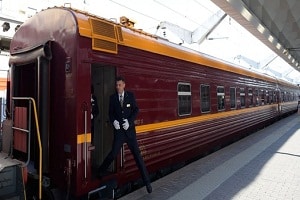 Key points:
i. The train has been named as Zarengold  (“The Tsar’s gold” in German).
ii. It has two restaurant cars and the trip will be expected to take 11 days.
iii. The tourists will get off the train at Murmansk, and continue by bus to Kirkenes in Norway before ending their journey with a boat trip to Oslo or by air to the island of Spitsbergen.
iv. The passengers came from seven countries including the US, Germany, Norway, and Russia for the inaugural journey.
v. The train is expected to run twice in 2020 and four times in 2021.
vi. By new trading routes, Russia wants to become the top economic and military power in the Arctic region. 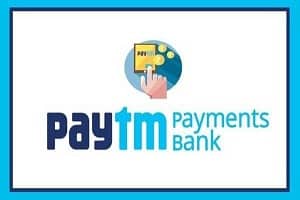 Key Points:
i. It is only behind the State Bank of India (SBI) which has the highest target for digital transactions.
ii. Only 5 banks have received a target of more than 100 crore transactions. They are HDFC Bank, ICICI Bank, Axis Bank, PNB and Union Bank of India (UBI).
iii. In FY 2018-19, Paytm payments bank had crossed the target of 354 crore transactions and recorded 393 crore digital transfers. It has a market share of 19% and 32% respectively in terms of mobile banking and Unified Payments Interface (UPI)transactions.
iv. It processes over Rs 3 lakh crore worth of digital transactions on an annual basis.
v. In terms of deposits, it has more than Rs 500 crore deposits in savings accounts as of April 2019. It is largest among the payments bank in India.
About Paytm Payments Bank:
♦ Headquarters: Noida, Uttar Pradesh
♦ Chairman:  Vijay Shekhar Sharma
♦ Tag line: Simplifying Payments for India 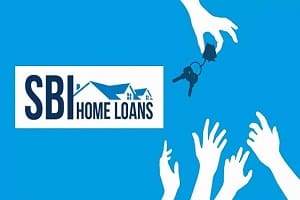 Key Points:
i. The home loans up to Rs 75 lakh will be priced at 2.65% over the repo rate of 5.75% resulting in the interest rate of 8.40%. At present, it offers home loans linked to its MCLR (Marginal Cost of Funds Based Lending Rate) at 8.55%.
ii. SBI also reduced the interest rate on Cash Credit Account (CC) and Overdraft (OD) customers with limits above Rs 1 lakh, after the RBI reduced the repo rate by 25 basis points to 5.75%.
iii. Now, the effective Repo-Linked Lending Rate (RLLR) for CC/ OD customers is 8% whereas for savings deposits above Rs 1 lakh the new rate is 3%.
iv. In March, SBI had linked all CC accounts and ODs with limits above Rs 1 lakh to the repo rate plus a spread of 2.25%. For account balance above Rs 1 lakh, it had set its savings deposit rates to 2.75% below the repo rate.
About SBI:
♦ Headquarters: Mumbai
♦ Chairman: Rajnish Kumar
♦ Founded: July 1, 1955

Foreign Exchange Reserves of India increased by $1.8 billion to $421.8 billion
As per the data of the Reserve Bank of India (RBI), the Foreign Exchange (Forex) Reserves of India increased by $1.875 billion to $421.867 billion in the week ending May 31, 2019. In the previous week, the forex reserves rose by $1.99 billion to $ 419.99 billion.
Key Points:
i. The foreign currency assets rose by $1.946 billion to $394.134 billion.
ii. The foreign currency assets, which is a major component of the overall reserves, include the effect of appreciation/depreciation of non-US units like the euro, pound and yen held in the reserves. They are expressed in terms of dollars.
iii. As per RBI’s data, gold reserves fell by $62.9 million to $22.958 billion, the Special Drawing Rights (SDRs) with the International Monetary Fund(IMF) declined by $2.3 million to $1.443 billion and the country’s reserve position with the fund also declined by $5.3 million to $3.331 billion.
iv. Forex reserves were the highest in the week of April 13, 2018, resulting in $426.028 billion. 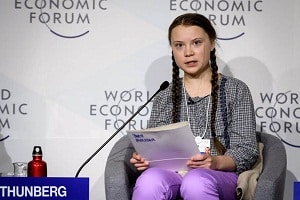 About Ambassador of conscience award
i. It instituted in 2003.
ii. It celebrates individuals and groups who have furthered the cause of human rights by showing exceptional courage standing up to injustice and who have used their talents to inspire others.
About Greta Thunberg
i. She is a Swedish teenage climate activist.
ii. She is known for initiating a movement, “Fridays for Future”,  a climate movement that formed in November 2018.
iii. She began protesting outside the Swedish parliament about the need for immediate action to combat climate change in August 2018.
iv. In March 2019, three members of the Norwegian parliament nominated Thunberg for the Nobel Peace Prize.

Former U.S President Jimmy Carter to be honoured with H. W. Bush Award for Statesmanship
Ex-President of United States of America (USA), Jimmy Carter (94) has won the inaugural George H. W. Bush Award. He was awarded in recognition of his contributions to relations between the U.S. and China.
He will receive the award at a private award ceremony which is scheduled on June 12 at the Carter Center in Atlanta. 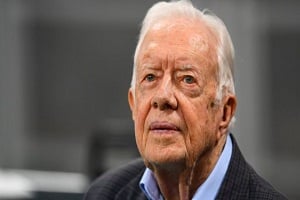 About George H. W. Bush Award
i. It is instituted by George H. W. Bush Foundation.
ii. It is named after George H. W. Bush who was the 41st president of US from 1989 to 1993.
iii. It is given to people who made great contributions to the development of constructive and mutually beneficial relations between the U.S and China.
About Jimmy Carter
i. Carter has served as University Distinguished Professor at Emory for 37 years.
ii. He is a former governor of Georgia from 1971 to 1975
iii. He served as the 39th president of the United States from 1977 to 1981.
iv. Joint Communiqué on Establishment of Diplomatic Relations was signed on 1 January 1979 during his tenure. 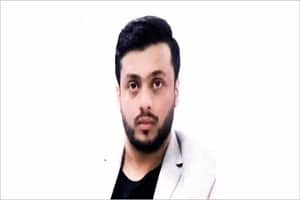 Shri P. K. Sinha, Cabinet Secretary received 3 months extension in service
On June 7, 2019, The Appointments Committee of the Cabinet (ACC) approved the extension in service to Shri Pradeep Kumar Sinha, a 1977 batch Indian Administrative Service (IAS) officer of Uttar Pradesh, as Cabinet Secretary for a further period of three months beyond 12.06.2019 or until further orders, whichever is earlier. He was appointed in 2015 for two years. This was his third extension. He became the longest-serving bureaucrat in the post in the last seven decades. 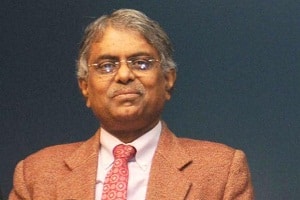 Key Points:
i. He will be in the office till September 12, 2019. His extension follows the amendment in the All India Services (Death-Cum-Retirement-Benefits) Rules, 1958, which allows an extension in service for a further period, not exceeding three months, beyond the period of four years to the Cabinet Secretary.
ii. He was earlier given two extensions till June 12, 2019. The first extension in 2017 and the second in 2018.
iii. He had succeeded Ajit Seth in 2015.
iv. He has served as secretaries in the ministry of Power and Shipping. Along with this, he has held several other important positions in the central government and state of Uttar Pradesh. v. Latisha Chan and Ivan Dodig became the first pair in the Open Era to defend the Roland Garros mixed doubles title by defeating Gabriela Dabrowski and Mate Pavic in the final for a second straight year with 6-1, 7-6(5).
About French Open:
♦ Official name: Roland-Garros
♦ Founded: 1925 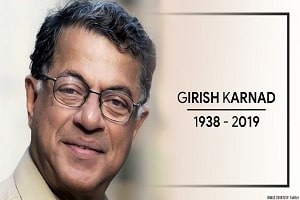 Key points:
i. Girish Karnard was born on May 19, 1938, in Mathern, Maharastra.
ii. He worked in Bollywood and South Indian films. He made his acting and screenwriting debut at the film Samskara, which won the President’s Golden Lotus Award.
iii. Vamsha Vruksha, Ek Tha Tiger and Malgudi days are some movies and TV serial which he played an important role.
iv. He also served as the Director of the Film and Television Institute of India from 1974 to 1975 and the Chairman of the Sangeet Natak Akademi. His autobiography Aadaadtha Ayushya was released in 2011.