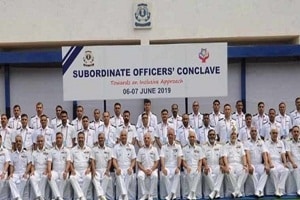 Key Points:
i. Among the armed forces, the subordinate officer’s conclave is one of the unique initiatives. Here, the suggestions and ideas of jawans are taken into consideration for running the force.
ii. DG Rajendra Singh conferred ‘Uttam Jeevan Raksha Padak ’to Navik Vinod. The award was bestowed in recognition of his exceptional courage, expert use of lifesaving techniques and selfless attitude displayed in saving a precious life of a woman drowning into the rough sea due to monsoonal weather conditions in pitch dark hours near Gateway of India, Mumbai in 2018.
iii. On this occasion, A Coast Guard Benevolent Association App was launched. Through this app, the Coast Guard Personnel can log on the site and apply for the required financial assistance online.
About ICG:
♦ Motto: We Protect
♦ Headquarters: New Delhi

NGT formed panel to discuss plea seeking ban on plastic packaging
The National Green Tribunal (NGT) has formed a panel to look into the needs for further norms to restrict the use of plastic packaging of food products. This was formed after a plea to seek a ban on the plastic packaging of food products.
Key Points:
i. A bench headed by NGT Chairperson Justice Adarsh Kumar Goel formed the panel.
ii. The panel comprises of the representatives of Food Safety and Standards Authority of India (FSSAI), Bureau of Indian Standards (BIS), Central Pollution Control Board (CPCB) and Directorate General of Health Services (DGHS).
iii. The nodal agency for coordination is FSSAI (Food Safety and Standards Authority of India) and it is required to furnish its report to the tribunal within three months by e-mail.
iv. The move has come after a petition was filed by NGO Him Jagriti Uttaranchal Welfare Society seeking a ban on the use of plastic bottle and multi-layered/plastic packages /pet bottles.
About NGT:
♦ Established: 2010
♦ Chairperson: Justice Adarsh Kumar Goel 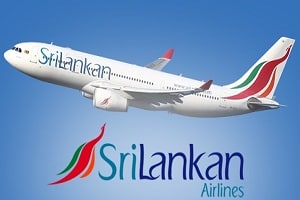 Key highlights:
i. This is the second consecutive time in less than 12 months that Sri Lankan has achieved this milestone.
ii. Earlier it was won the tag in September 2018 with the punctuality rating of 91.37 percent.
iii. LATAM Airlines was in second place with 38,202 flights. All Nippon Airways was in third place with 29,536 flights. 8th was Singapore Airlines with 7,987 flights. Emirates was in 10th place with 12,615 flights.
About SriLankan Airlines
CEO: Vipula Gunatilleka
Hub: Bandaranaike International Airport

e-Money share in India’s payment systems reaches 21.5%: RBI
According to a new report “Benchmarking India’s Payment Systems”, released by Reserve Bank of India(RBI) stated that the share of e-Money in India’s payment systems raise to 21.5 percent in 2017 from 0.8 percent in 2012.
Key points:
i. India was next to Japan and the US in 2017 with respect to e-Money transactions of Rs 3,459 million.
ii. The report noted that demonetization plays an important role to provide a better position of the payment system in India compared to other countries.
iii. India has 26 percent of online transactions using e-Money, next only to China.
iv. ATM deployment between 2012-2017 grew at a compound annual growth rate of 14 percent.
v. At the end of 2017, India had 2,22,300 ATMs which dropped to 2,21,703 as on March 31, 2019.
vi. Debit and credit card payments made up 29.9 percent of India’s payment systems volume in the year 2017.

RBI relaxed leverage ratio for banks to 3.5%
On June 6, 2019, The Reserve Bank of India (RBI) relaxed the Leverage Ratio (LR) for banks to 3.5%. This is done to help them in order to expand their lending activities. The LR is reduced to 4% for Domestic Systemically Important Banks (D-SIBs). 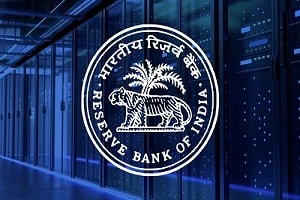 About LR:
LR is defined under Basel-III norms, Tier 1 Capital as a percentage of the bank’s exposure. It was introduced for banks post-financial crisis of 2008. The minimum requirement for LR set by the Basel Committee on Banking Supervision (BCBS) is 3%. Banks have been required to publicly disclose their Basel III leverage ratio on a consolidated basis from 1 April 2015 quarterly. LR is one of the 4 indicators under the RBI’s Prompt Corrective Action (PCA) framework and an important supplement to the risk-based capital requirements.

MoU signed between MCA and SEBI for data exchange
On June 7, 2019, A Memorandum of Understanding (MOU) was signed between Ministry of Corporate Affairs (MCA) and Securities and Exchange Board of India (SEBI) for automatic data exchange in order to tackle the rising instances of fraud. It was signed by Shri KVR Murty, Joint Secretary, MCA, and Smt. Madhabi Puri Buch, Whole Time Member, SEBI in the presence of senior officers from both the organizations. 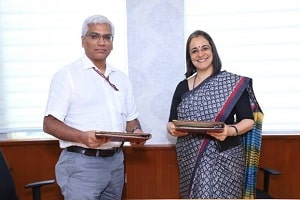 Key Points:
i. It will facilitate the sharing of data and information between SEBI and the MCA on an automatic and regular basis.
ii. Along with this, SEBI and MCA will share any information available in their respective databases on request for the purpose of carrying out scrutiny, investigation, inspection, and prosecution.
iii. Information like the details of suspended companies delisted companies, shareholding pattern from SEBI and financial statements filed with the Registrar by corporates, returns of allotment of shares, audit reports relating to corporates will be shared.
iv. A Data Exchange Steering Group has been set up as a part of this initiative. It will meet periodically to review the data exchange status and take steps to improve the effectiveness of the data sharing mechanism.
v. The move comes amid alleged frauds being investigated by SEBI and the MCA into Fortis Healthcare and Religare Enterprises Ltd and the brokers of National Spot Exchange Ltd (NSEL).
About SEBI:
♦ Founded: April 12, 1992
♦ Headquarters: Mumbai
♦ Chairman: Ajay Tyagi
About MCA:
♦ Headquarters:  New Delhi
♦ Minister-in-Charge: Nirmala Sitharaman

Romila Thapar elected to the member of American Philosophical Society
On June 6, 2019, The oldest learned society in the United States, American Philosophical Society (APS) has elected Eminent historian and writer Romila Thapar as an international member at its Annual Spring Meeting. Her APS citation regarded her as the “greatest living historian of India”. 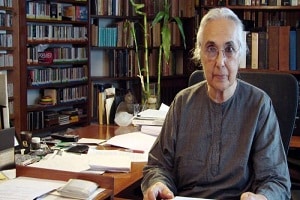 Key points:
i. She was among the 1,013 members elected to the society.
ii. She is Professor Emerita of history at Jawaharlal Nehru University (JNU) in Delhi.
iii. She is famous for her careful scholarship on the emperor Asoka, the epigraphy of the Mauryan period, and the multiple historiographies surrounding the contested Hindu and Muslim history of Somnath. 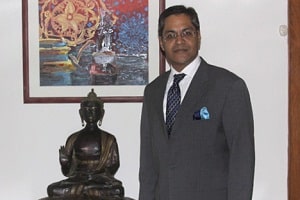 Key points:
i. He is a 1988-batch IFS(Indian Foreign Service) officer.
ii. He has previously served as India’s Ambassador to Afghanistan, Peru, and Bolivia.
iii. He previously served as Deputy high commissioner of India in Islamabad and Nairobi.
iv. He did a post-graduate diploma in international alternate and a certificate in diplomatic research from Oxford.
v. He had served as Joint Secretary within the improvement Partnership department of the MEA in New Delhi.
About Belize
Capital: Belmopan
Currency: Belize dollar

Parvez Ahmed removed as chairman of J&K bank; R K Chibber appointed as interim chief
On June 8, 2019, The government of Jammu and Kashmir (J&K) has removed Parvez Ahmed as chairman cum managing director of the Jammu and Kashmir Bank. The government also appointed executive president R K Chibber as interim chief.
The decision has come after the state vigilance department raided J&K Bank’s headquarters in Srinagar.
Key points:
i. In November 2018 State Accountability Commission headed by J&K Governor Satyapal Malik took a decision that the J&K Bank will be treated as a Public Sector Undertaking (PSU) after the disagreement with the bank, which was accused of appointing employees on political recommendations.
ii. Parvez  Ahmad was appointed in 2016 as the chairman of the bank.
iii. R K  Chibber, who has served as chairman Grameen Bank and will be the first non-Kashmiri to get the position of chairman in the Bank.
iv. J&K government having 59.3 percent shareholdings in the bank. It is the only state government promoted bank in the country.
About J&K Bank:
Founded: 1 October 1938
Headquarters: Srinagar
Tagline: Serving to Empower

CCI approved Schneider Electric India, MacRitchie’s acquisition of L&T arm
On June 6, 2019, Statutory body of the Government of India, Competition Commission of India (CCI) approved the acquisition of Larsen & Toubro Limited (L&T)’s Electrical and Automation (EA) business by Schneider Electric India Private Limited and MacRitchie Investments Pte. Ltd.
Key points:
i. In order to eliminate the competition concerns, the Commission has ordered the acquirers to reserve a part of L&T’s installed capacity to offer white labeling services to third-party competitors.
ii. The facility will be available in respect of five high market share LV (Low Voltage) switchgear, which is generally used together in LV panels.
iii. Under the white labelling services, the competitiors can take L&T products for selling under their own brand for five years term.
About L&T
Founded on: 7 February 1946
Headquarters: Mumbai
Founders: Henning Holck-Larsen, Soren Kristian Toubro