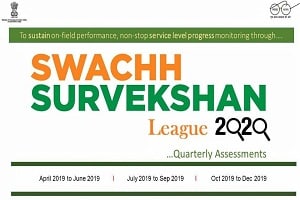 Swachh Survekshan 2020 League
i. It is aimed at “sustaining the on the ground performance of cities along with continuous monitoring of service level performance on cleanliness”.
ii. It will be conducted in three quarters (April- June, July – September and October- December 2019) and will give equal weightage to every quarter based on cities updating their progress on online MIS (Management Information System) and citizens.
iii. The purpose of quarterly cleanliness assessment is that many cities and towns slip back once they get a decent ranking on cleanliness levels in annual sanitation survey to exercise Swachh Survekshan.

Fincare SFB, Kookmin Bank added in the second schedule of RBI Act
Fincare Small Finance Bank and Kookmin Bank have been included in the second schedule of the Reserve Bank of India Act, 1934. Both banks can now broad-base its lines of funding and liquidity facilities.
i. They can issue certificates of deposits and get access to interbank borrowings at competitive interest rates.
ii. They can also get deposits from new sources such as governments, public sector undertakings, corporates, mutual funds, insurance companies, and other market participants.
iii. Fincare SFB, earlier Disha Microfin, was one of the 10 entities to receive the Small Finance Bank license from the RBI in September 2015 and commenced banking operations in July 2017.
About Kookmin Bank:
Headquarters: Seoul, South Korea
CEO – Hur Yin
About Fincare SFB:
MD & CEO – Rajeev Yadav
Headquarters – Bengaluru

YES Bank conducts e-auction for forest produce
Yes Bank has conducted the first e-auction of forest produce in Dhanora Mahasangh in Maharashtra under its Tech for Change initiative where the bank work with the government and corporate to create technology-based solutions which have a social impact.  It is a joint effort of Yes Bank with its fintech partner, Sparsh Technologies.
i. The expected throughput is about Rs 40 crore per annum.
ii. Taluka Gramsabha Mahasangh Dhanora is a federation formed by 32 villages and 80-gram panchayats have come together as part of this initiative.
About Yes Bank:
Headquarters: Mumbai
CEO – Ravneet Gill
Tagline – Experience our Expertise

Business Confidence Index drops 9.1% in Q4 of 2018-19: NCAER
According to a recent survey by the National Council of Applied Economic Research (NCAER), Business confidence index (BCI) of India Inc slipped 9.1 percent in the fourth quarter Q4 of the financial year 2018-19. Meanwhile, the Political Confidence Index (PCI) of businesses has increased by 12.1% on a quarterly basis in Q4. 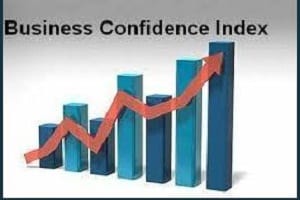 Business Confidence Index (BCI)
It is an indicator of business sentiments across the Indian industry segments, compiled by NCAER.
It is made up of four components; all have equal weight in the computation of the index. They are,
i. Overall economic conditions will be better in the next six months.
ii. The financial position of the firms will improve in the next six months
iii. The present investment climate is positive.
iv. Present capacity utilization is close to or above an optimal level.
It plunged by 9.1 percent to reach 115.4 at the end of the fourth quarter of the last fiscal, on a quarter-on-quarter basis. On a year-on-year basis, the BCI plunged by 12.2 percent. BCI of consumer durables and consumer non-durables sectors fell by 12.1 and 15.9%, respectively on a quarter-on-quarter basis.
Political confidence index (PCI)
It measures businesses’ expectations from the government on managing economic growth, maintaining favourable political environment and pushing economic reforms.

India’s GDP growth may expand to 7.2 percent in 2019-20: Goldman Sachs
According to American multinational banking firm, Goldman Sachs, India’s economic growth is estimated to rise to 7.2 percent in 2019-20. It will be driven by lower oil prices, political stability, and removal of infrastructure bottlenecks. The report came a day after the policy review by RBI, in which policy rates were cut by 0.25 percent to increase growth.
Report highlights:
i. This is higher than the RBI’s projection for a 7 percent growth, on the “downside” because of non-bank lenders.
ii. Lending by non-banking entities grew at 26 percent in the third quarter of 2018, which has slipped to 20 percent in the succeeding quarter.
iii. RBI’s (Reserve Bank of India) proposal for taking necessary steps to tackle the liquidity problems and asset-liability mismatches will reduce the loan growth by the non-banking companies.
iv. The report further states that RBI likely to cut rate by 0.25 percent once again in July-September 2019. If the growth rises with the inflation central bank may go for policy tightening with two hikes of 0.25 percent.
About Goldman Sachs:
CEO: David M. Solomon
Headquarters: New York, New York, United States
Founders: Marcus Goldman, Samuel Sachs 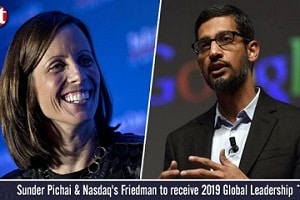 About Global Leadership Award
i. It was instituted by Washington-based US-India Business Council (USIBC) since 2007.
ii. It is bestowed upon top corporate executives from the US and India whose companies play an important role in nurturing growth in the US-India commercial corridor.
About USIBC
Founded: 1975
Headquarters: Washington, D.C., United States

Rail Wheel Factory was awarded best performing Production Unit in the field of environment
On June 6, 2019, The report on achievements of environment management of Indian Railways, “Environmental Sustainability Annual Report 2018-19”, stated that best-performing Production Unit in the field of the environment was awarded to Rail Wheel Factory, Yelahanka, Karnataka. Ministry of Railway observed World Environment Day on June 6. 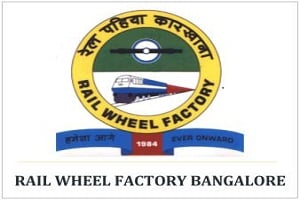 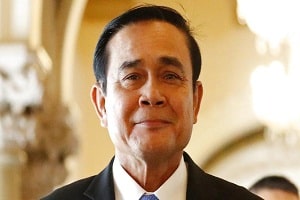 KeyPoints:
i. His appointment will be announced official when crowned King Maha Vajiralongkorn of Thailand endorse it.
ii. Prayuth Chan-Ocha was chief of staff of the Royal Thai Army from 2008 to 2009 and in 2009 he was appointed honorary adjutant to the king.
iii. In 2010, he succeeded Anupong Paochinda as commander in chief and also headed the National Council for Peace and Order (NCPO).
About Thailand:
Currency – Thai baht
Capital – Bangkok

Former Chief Election Commissioner N Gopalaswami has been appointed as BCCI’s electoral officer for AGM
N Gopalaswami, former Chief Election Commissioner has been appointed as an electoral officer to supervise the BCCI’s Annual General Meeting (AGM) election that is to be held on October 22.
i. Committee of Administrators (CoA), which was appointed by the Supreme Court, met at the BCCI headquarters to discuss the road map for the elections.
ii. The members of the Committee of Administrators (CoA) nominated by Supreme Court on 30 January 2017 to look after the administration of the BCCI in order to implement Lodha Committee reforms are Vinod Rai, Ramachandra Guha, Vikaram Limaye and Diana Edulji. 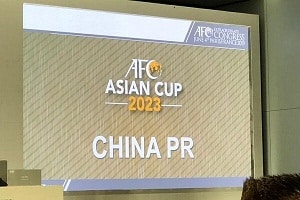 i. Earlier Korea was competing with China for hosting rights but the former took it back to concentrate on securing the hosting rights for the 2023 FIFA Women’s World Cup.
ii. China ranked 74th in the FIFA’s rankings and is qualified for the World Cup in 2002.
About Asian Football Confederation (AFC):
President – Salman bin Ibrahim Al Khalifa
Headquarter – Kuala Lumpur, Malaysia 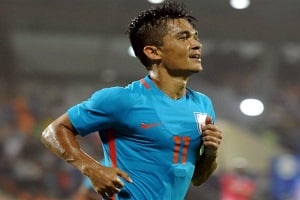 Key points:
i. He has scored the 69th goal for his side in King’s Cup football tournament in Buriram, Thailand.
ii. He made his international debut in 2005 and scored his first goal against Pakistan.
iii. He is popularly known as Captain Fantastic, having scored the 2nd highest number of goals in international matches among active players after Cristiano Ronaldo.
iv. He currently plays club football for Bengaluru FC in the Indian Super League. 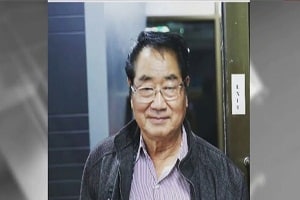 i. He was a senior Indian Information Service (IIS) officer.
ii. He was first inducted as a Field Publicity Officer under the Ministry of Information and Broadcasting in the year 1972 and then first posted in Arunachal Pradesh Tawang.
iii. At the time of retirement, he was a Director in the Directorate of Field Publicity for Kohima Region.

World oceans day observed on June 8, 2019
Annually on June, 8, the world celebrates Oceans Day to raise awareness of the challenges humanity facing to protect the world’s ocean. The theme of World Ocean Day 2019 was ‘Gender and the Ocean’. 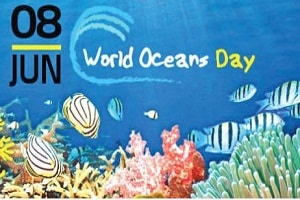 i. Since 2002, The ocean project has promoted and coordinated World Oceans Day globally.
ii. In 2008, the UN (United Nations) had designated 8th June as World Oceans Day.

World Brain Tumor Day observed on June 8, 2019
On 8th June 2019, World Brain Tumor Day was observed all over the world. This day is observed on 8th June every year since 2000 by German Brain Tumour Association (Deutsche Hirntumorhilfe e.V.), a nonprofit organisation.
i. It aimed at creating awareness among the public about the brain and also focuses on helping people suffering from a brain tumor.
ii. Brain tumor is a cancerous or non-cancerous mass or growth of abnormal cells in the brain. 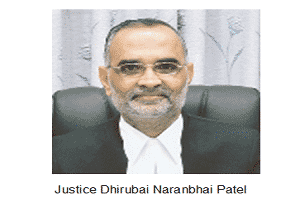 KeyPoints:
i. He succeeded Justice Rajendra Menon, who retired after 2 decades of service.
ii. He was recommended by Supreme Court Collegium for the appointment as Chief Justice of the Delhi High Court.
His working experience:
i. He enrolled as an advocate and practiced at the high court of Gujarat where he was appointed as a Special Counsel of the state of Gujarat in other high courts and then elevated as an Additional Judge of the Gujarat High Court on March 7, 2004
ii. After that he worked in Jharkhand High Court.
About New Delhi:
Chief Minister – Arvind Kejriwal
Governor – Anil Baijal