Commerce Minister  Piyush Goyal addressed meeting of Board of Trade & Council
A joint meeting of the Board of Trade and the Council for Development and Promotion, organized by the Ministry of Commerce and Industry and the Directorate General of Foreign Trade (DGFT) was held in New Delhi. 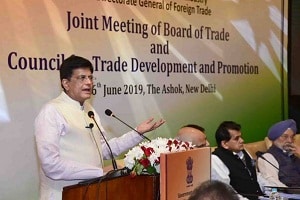 Key points:
i. Piyush Goyal, Union Minister of Commerce and Industry and Railways has asked the industry and export  bodies to stop depending on subsidies and grants from the Central Government and make the industry more competitive and self-reliant.
ii. This is the first meeting after Piyush Goyal became the Union Minister of Commerce and Industry following Suresh Prabhu.
iii. The meeting was attended by many ministries such as Textiles, MSME  Agriculture, Information Technology, NITI Aayog and other Ministries of government. 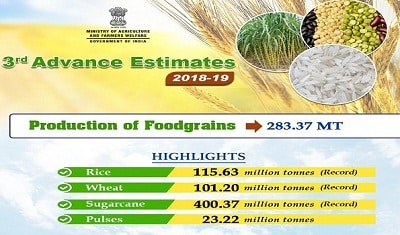 Dr Harsh Vardhan reviewed the status of Nipah virus disease in Kerala
Dr Harsh Vardhan, Union Minister of Health and Family Welfare(MoHWF), reviewed the status of Nipah Virus Disease (NVD) in Kerala along with Ms. Preeti Sudan, Secretary (HFW) and the Ministry officials. As of now, 15 people are under observation in the state.
Key Points
i. Since June 4, 2019, Strategic Health Operation Centre (SHOC) at National Centre for Disease Control (NCDC) has been activated and it is coordinating activities for Nipah containment.
ii. District Control Room was set up in the Collector Office. The Helpline No. is 04842425200.
iii. On June 7, 2019, the Health Minister of Kerala, Smt. K K Shailaja met the Union Minister of Health & Family Welfare Dr. Harsh Vardhan to discuss the status and preparedness of the State for containment and management of Nipah Virus Disease.
iv. The Indian Council of Medical Research (ICMR) has permitted the Kerala Government to establish a regional Biosafety Level-3 (BSL-3) laboratory in Kozhikode district. The estimated cost for the project is Rs. 8 crores.
v. Nipah virus is transmitted from animals to humans and then spreads through people to people contact, causing respiratory illness. Its symptoms include fever, muscle pain, headache, fever, dizziness, and nausea.

India signed Rs 300-crore deal with Israel to buy more 100 SPICEbombs
On June 6, 2019, The Indian Air Force (IAF) inked Rs 300-crore deal with the Israeli government to buy more than 100 SPICE bombs (Balakot bombs). The newly ordered SPICE bombs are an advanced version of SPICE-2000 bombs, that were used to attack the Madrasa of Jaish-e-Mohammed in Balakot, Pakistan, on February 26, 2019. 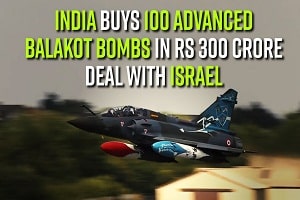 Key Points:
i. They will be delivered in the next 3 months as the deal has been signed under emergency powers.
ii. They are manufactured by Israeli defence firm, Rafael Advanced Defence Systems.
About IAF:
♦ Headquarters: New Delhi
♦ Founded: 8 October, 1932
♦ Chief of Air Staff (CAS):Air Chief Marshal Birender Singh Dhanoa

Equator Prize 2019 announced by UNDP
The United Nations Development Programme (UNDP) and partners announced the winners of the10th Equator Prize 2019. It recognized 22 local and indigenous communities from across the world.T he winners were selected from a pool of 847 nominations across 127 countries in a four-stage selection process by an independent Technical Advisory Committee of internationally renowned experts. 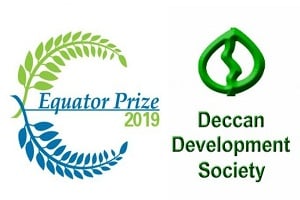 Key Points:
i. Winners will each receive $10,000 and the opportunity for two community representatives to join a week-long summit in New York during the 74th United Nations General Assembly (UNGA).
ii. They will be awarded at the Equator Prize Award Ceremony on 24 September 2019, at the Town Hall theatre in Midtown Manhattan, New York City, US.
Telangana-based NGO won UN’s Equator Prize 2019
The women sangams (groups) of the Deccan Development Society (DDS) bagged the United Nation’s Equator Prize for 2019. They were selected for standing as ‘an outstanding example of a local, nature-based solution to climate change and sustainable development.’ The six women farmers are Maisanagari Ratnamma, Begari Tuljamma, Chilkapalli Ansuyamma, Nagwar Sunandamma, Yerrolla Kanakamma, and Nadimidoddi Anjamma. 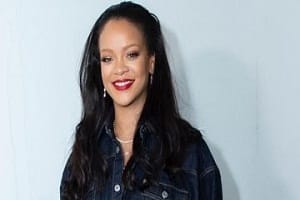 i. She is the owner of Fenty Beauty, a cosmetics brand. She is also the first woman to have a clothing range with French company MoÃ«t Hennessy Louis Vuitton (LVMH).

Tayari Jones Novel An American Marriage wins Women’s Prize for Fiction
US Novelist Tayari Jones received Women’s Prize for Fiction worth $40,000 for her novel An American Marriage. The novel was praised by Barack Obama and Oprah Winfrey. This is her fourth novel based on a middle-class black couple torn apart by injustice. She also received Aspen Words Literary Prize for the same novel in April 2019. 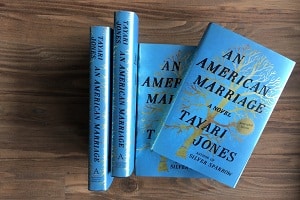 Azim Premji, founder of Wipro, to Retire as Executive Chairman of Wipro
The founder of Wipro, Azim Premji, aged 74, will retire as Executive Chairman of Wipro on July 30, 2019. Although he will retire from the Executive functions as Chairman and Managing Director but will remain on the board as Non-Executive Chairman for a period of 5 years from July 31 – July 30, 2024. His elder son, Rishad Premji, who is the chief strategy officer and a board member, will take over as Whole-Time Director and designated Executive Chairman of the company.
Key Points:
i. The Chief Executive officer(CEO), Abidali Neemuchwala will be re-designated as CEO and Managing Director(MD).
ii. The changes will be effective on July 31, 2019.
iii. Azim Premji, who served Wipro for 53 years, had won special Economic Times (ET) Award for philanthropy in 2010 and ET’s Lifetime Achievement Award in 2013. The Azim Premji Foundation was the recipient of the ET Corporate Citizen Award in 2006. 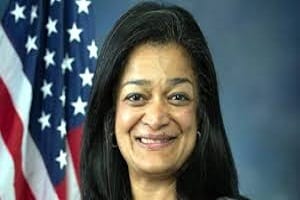 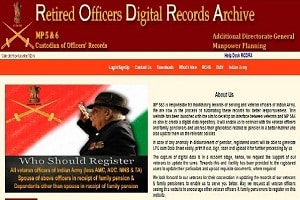 Key points:
i. The website provides facilities such as updating records, registration, and tracking of documents and pension-related grievances and communicating regarding various issues.
ii. It will act as an interface between the custodian of officers’ records,  AG/MP 5&6 and veteran officers, next of kin (NOK).
iii. The website saves manpower, stationery, and postal charges by discontinuing Pension Payment Order (PPOs), which is now available in the website itself. 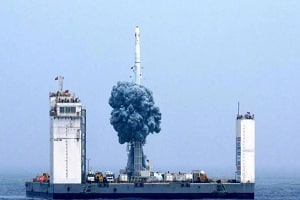 Key Points;
i. It carried on board a cargo of 7 rockets, including 5 designed for commercial use and 2 include experimental payloads for space-based research.
ii. The 2 larger satellites, named Bufeng-1A and Bufeng-1B built by the China Academy of Space Technology in Beijing, will monitor ocean winds to help improve weather forecasts.
iii. Other payloads included an Earth-imaging CubeSat, an experimental communications satellite called Tianqi-3, China’s first two Ka-band communications satellites, and a new satellite for China’s Jilin-1 remote-sensing satellite constellation.
iv. In recent years, China has made its space program a top priority. It aims to become a major space power by 2030.
v. With this achievement, China joined the U.S. and Russia as the 3 global powers with proven ability to launch rockets into space from the sea.
About CNSA:
♦ Headquarters: Haidian District, Beijing, China
♦ Founded: April 22, 1993
♦ Director: Zhang Kejian

Ebola drug ‘remdesivir’ to  protect against Nipah virus
An experimental Ebola drug ‘remdesivir’ is found to cure Nipah virus also according to the new study published in Science Translational Medicine from National Institutes of Health scientists and colleagues. The drug was developed by Gilead Sciences, Inc. in collaboration with scientists from the Centers for Disease Control and Prevention (CDC).

i. Nipah is a zoonotic virus which is transmitted from animals such as bats or pigs to humans and can also spread through contaminated food and people-to-people contact. In May 2018, it has claimed 17 lives in Kerala.

Six-time Grammy-winning musician Dr John passed away at age of 77
Musician Malcolm John Rebennack died at the age of 77 due to a heart attack. Dr John was nominated for 15 Grammy Awards and won six of them. He hailed from New Orleans, US state of Louisiana. He has recorded about 20 albums. He is known for blues, pop, jazz, boogie-woogie, and rock and roll. 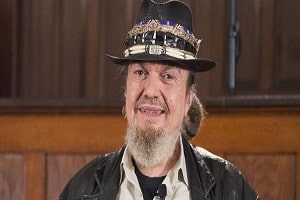 World Food Safety Day 2019 Observed On June 7
The first-ever World Food Safety Day was celebrated on June 7, 2019. It was adopted by the United Nations General Assembly (UNGA) in December 2018. The theme for the year 2019 is “Food Safety, everyone’s business”. On this occasion, an event was launched in New York with a panel discussion. 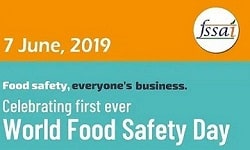 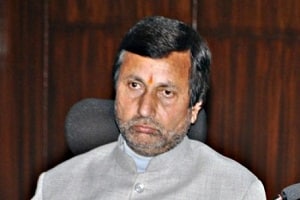