The first-ever World Food Safety Day was celebrated on June 7, 2019. It was adopted by the United Nations General Assembly in December 2018. The theme of the year is “Food Safety, everyone’s business”. On this occasion, an event was launched in New York with a panel discussion. 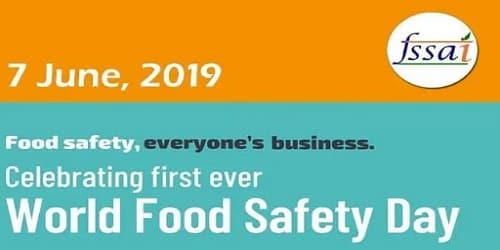 Key Points:
i. It was celebrated by the World Health Organization (WHO) in collaboration with the Food and Agriculture Organization (FAO) of the United Nations.
ii. It highlighted that access to safe and nutritious food is the shared responsibility of governments, producers as well as individuals.
iii. The initiative is linked to the United Nations Sustainable Development Goals (SDGs) namely: