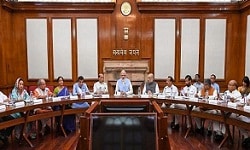 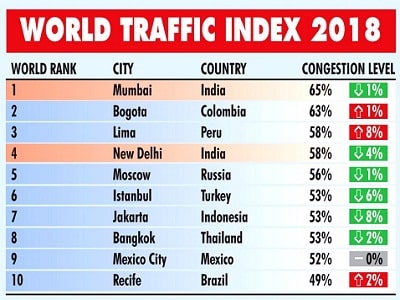 Key findings:
i. According to the findings, Mumbai is the most traffic-congested city among 403 cities in 56 countries with a congestion level of 65 percent, while New Delhi ranked fourth with congestion of 58 percent.
ii. The other top cities in the list of congested cities are Bogota (63 percent), Lima in Peru (58 percent), Moscow in Russia(56 Percent), Brussels (37 Percent), London (37 Percent) and Paris (36 percent).
iii. Top five most congested North American are in the list are Mexico City (52 per cent), Los Angeles (41 per cent), Vancouver (38 per cent), New York (36 per cent) and San Francisco (34 per cent). 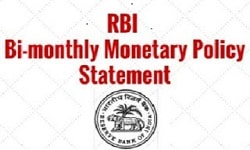 Highlights of the meeting:
In a rare 6-0 majority, Repo rate was reduced by 25 bps under the liquidity adjustment facility (LAF) to 5.75 percent for third time in a row. It fell below 6% for the first time in 9 years since September 2010……………………………….Click here to Read more
Current Policy rates:

RBI removed charges for RTGS and NEFT transactions
The Reserve Bank of India(RBI) has removed the charges levied on Real Time Gross Settlement (RTGS) and National Electronic Funds Transfer (NEFT)  transactions to boost digital payments.
Key Points:
i. At present, the banks levy minimum charges for transactions done through RTGS system for large-value (Rs 2 lakh and above) instantaneous fund transfers and NEFT System for other fund transfers (below Rs 2 lakh).
ii. The RBI has decided to set up a committee headed by Chief Executive Officer(CEO) of Indian Banks Association(IBA), V.G. Kannan, to examine the scope of Automated Teller Machines(ATM) charges and fees. The committee is supposed to submit its recommendations within two months of its first meeting and the composition & terms of reference will be issued within a week.
About RTGS:
RTGS is the continuous (real-time) settlement of funds transfers individually on an order by order basis (without netting). ‘Real Time’ means the processing of instructions at the time they are received rather than at some later time; ‘Gross Settlement’ means the settlement of funds transfer instructions occurs individually. The minimum amount to be remitted through RTGS is Rs 2 lakh. There is no upper ceiling for RTGS transactions.
About NEFT:
Under this Scheme, individuals, firms and corporates can electronically transfer funds from any bank branch to any individual, firm or corporate having an account with any other bank branch in the country participating in the Scheme.
As per the RBI website, the structure of charges that can be levied on the customer for NEFT is given below:
♦ Inward transactions at destination bank branches (for credit to beneficiary accounts): Free, no charges to be levied on beneficiaries
♦ Outward transactions at originating bank branches – charges applicable for the remitter 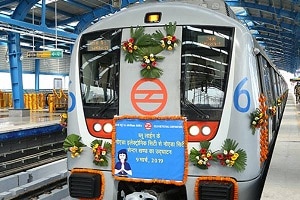 Key Points:
i. Since June, DMRC received the power from the facility, utilized at the Vinod Nagar Receiving Sub-station (RSS) to meet the operational requirements of Pink Line of Delhi Metro.
ii. It will use approximately 17.5 million units per annum from the plant.
iii. The waste-to-energy plant was set up by East Delhi Waste Processing Company Limited (EDWPCL). It is based on a Public Private Partnership (PPP) between the Delhi government and East Delhi Municipal Corporation (EDMC).
iv. It is set up to process above 1,500 tonnes per day (TPD) of waste and generate 12 MW of green power. Along with this, it will help to reduce over 8 million tons of Greenhouse Gases (GHG) over the life of the project.
v. DMRC has also commissioned a facility at Rohini on PPP model with IL&FS Environmental Infrastructure & Services Ltd (IEISL) for recycling of Construction and Demolition (C&D) waste with a capacity of 150 tons per day.

Key Points:
i. Forbes has estimated the wealth by adding various assets and then “subtracting a healthy amount to account for a superstar lifestyle”.
ii. He was born on December 4, 1969, in Brooklyn, New York, US.
iii. He made his debut in 1996 through the album “Reasonable Doubt”.

P Jayadevan Appointed as IOCL Executive Director for Tamil Nadu and Puducherry
P Jayadevan has been appointed as the executive director of Indian Oil Corporation Ltd for Tamil Nadu and Puducherry succeeding  R Sitharthan. He will be coordinating the oil company.
i. He was previously heading Chairman’s Secretariat at the corporate office, New Delhi. Prime Minister’s Aadhaar Excellence Award was awarded to him for his contribution.
About IOCL:
♦ Headquarters – New Delhi
♦ Chairman – Sanjiv Singh

BSF Officer S S Chahar Posted As BSF Academy Head
S S Chahar, 1983-batch BSF-cadre officer is appointed as an Additional Director General (ADG) of the Border Security Force (BSF)’s academy based in Tekanpur, Madhya Pradesh till 2021. He hails from Agra and 13th person to be elevated to this post. He has received honors like the Vishisht Seva Medal (VSM) and police medals for meritorious and distinguished services.
About BSF:
♦ Headquarters – New Delhi 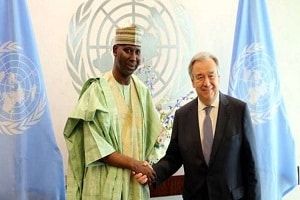 Key points:
i. He is the second Nigerian UNGA president after Joseph Nanven Garba.
ii. He stated that the major priorities will be the implementation of the existing mandates and the 2030 Agenda with particular focus on peace and security, poverty and education, zero hunger, quality education, climate action.
About UNGA:
♦ Headquarters – New York
♦ Parent Organization – United Nations 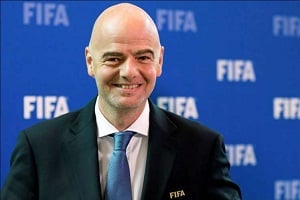 About Giannni Infantino:
i. He is a Lawyer from Valais region of Switzerland and holds Italian Nationality.
ii. He was elected President of FIFA in 2016.
iii. Prior to becoming FIFA President, he was the General Secretary of UEFA (Union of European Football Associations) since 2009.
About FIFA:
♦ Headquarter:  Zurich, Switzerland.
♦ FIFA (Federation of International Football Association) is the governing body of association football, futsal and Beach Football.
♦ Currently, there are 211 countries that have FIFA membership.

Indian Navy successfully conducted ‘live mating’ of submarine rescue system DSRV
On June 2, 2019, The Deep Submergence Rescue Vehicle (DSRV) based at Visakhapatnam, successfully conducted the live mating exercise. It involved the transfer of personnel from the bottomed submarine, INS Sindhudhvaj. It was inducted into the Navy by the former Chief of the Naval Staff, Admiral Sunil Lanba in December 2018.
Key Points:
i. The live mating exercise is a historic achievement towards DSRV integration into the Indian Navy. It paved way for the Indian Navy to emerge as a Submarine Rescue Provider in the Indian Ocean Region (IOR).
ii. The DSRV is equipped with sophisticated radar and a remotely operated vehicle (ROV).
iii. It is operated by a crew of three and can rescue 14 personnel from a disabled submarine at one time.
About Indian Navy:
♦ Chief of the Naval Staff: Admiral Karambir Singh
♦ Navy Day: 4th December
♦ Motto: Sham No Varunah (May the Lord of the water be auspicious unto us)

New species of dung beetle “Enoplotrupes tawangensis” found in Tawang, Arunachal Pradesh
New species of dung beetle Enoplotrupes tawangensis was found in Tawang district of Arunachal Pradesh. It is shining dark blue in colour and bigger than most of the dung beetles. It measured up to 27 mm. The details has been published in an international journal Oriental Insects.
Key Points:
i. The specimens were first collected and examined by two scientists from the Zoological Survey of India (ZSI) – Kailash Chandra and Devanshu Gupta.
ii. Dung beetles belong to superfamily Scarabaeoidea and have clubbed antennae and pro-tibiae (pro-legs) modified for burrowing dung inside the soil. They are referred to as little recyclers as they help in nutrient cycling of the soil. 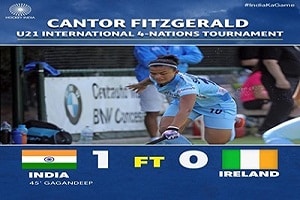 i. The match was held at Dublin, Ireland.
ii. Mumtaz Khan is the highest goal scorer of this tournament.
iii. Gagandeep’s goal made the difference between the two sides, as India got 1-0 and took the title.

Dr. Patricia Bath inventor of Cataract treatment passes away at the age of 76
Dr. Patricia Bath, pioneering ophthalmologist the first African American female doctor to invented a more precise treatment for cataracts died at the age of 76 due to cancer at University of California San Francisco medical center. She was from Harlem in New York City. Bath has five U.S. patents. She also authored more than 100 papers.

‘Czar of Indian Cuisine’ Jaspal Inder Singh Kalra died at 71
Jaspal Inder Singh Kalra known as Jiggs Kalra, celebrated chef and culinary revivalist passed away at the age of 71 in New Delhi. He has many titles like “Czar of Indian Cuisine” and “Tastemaker to the Nation”. The Government of India named him as an advisor to the India Trade Promotion Organization in 1997. He was born in May 21, 1948 in New Delhi. 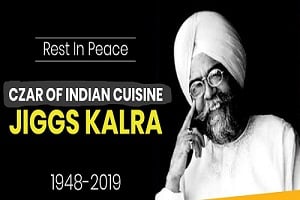 i. He was the first Asian to be inducted in the International Food and Beverage Gourmet Hall of Fame. Also, he was the first to conceptualize and host an Indian food based television series.
ii. He was an author of 11 titles on Indian cuisine, including ‘Prashad,’ which is regarded as “the bible” for chefs.

Haryana cabinet approved changes in state job recruitment rules
On June 4, 2019, the Haryana government Cabinet meeting chaired by the Chief Minister Manohar Lal Khattar, relaxed the state job recruitment rules in Group B posts such as teachers and educational supervisors and Group C, D posts.
Key points:
i. As per the amendment, selection of the candidates will be purely based on the written exam, socio-economic criteria, and experience.
ii. The total marks for the post comprise 100 marks, including 90 for written exam and 10 for socio-economic criteria and experience.
iii. The cabinet decided to grant five extra marks for the first time candidates taking police exam and also decided to give 10 percent extra marks to widows, orphans and people from denotified tribes, besides those who do not have an immediate family member in any government job.
iv. The cabinet also approved the amendment in Haryana Development and Panchayats Department (Group C) Field Officers Rules, 2012. As per this amendment, the educational qualification for the post of ‘gram sachiv’ (village assistant) changed from matriculation to graduation.
About Haryana:
Capital: Chandigarh
Governor: Satyadev Narayan Arya
Chief minister: Manohar Lal Khattar 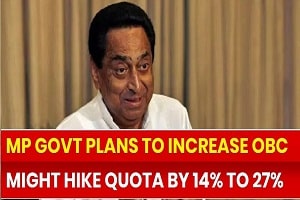 Key points:
i. If this resolution implemented, Madhya Pradesh will become the only state in the country to have a 27 percent quota for OBCs.
ii. The move will breach the 50% cap set by the Supreme Court in the Indra Sawhney case judgment by reaching to 63%. The MP government passed an Ordinance on March 9 to implement the quota. However, the Madhya Pradesh High Court had stayed the Ordinance on March 19.
iii. In another decision, the state Cabinet has also hiked the dearness allowance (DA) by 3% for employees and pensioners. Now, they will get 12% DA equal to the central government. It will cost the state exchequer Rs 1,647 crore.
About Madya Pradesh:
Capital: Bhopal
Chief minister: Kamal Nath
Governor: Anandiben Patel
Districts: 52