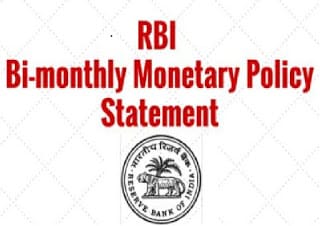 Highlights of the meeting:
The following announcements were made in the meeting:
In a rare 6-0 majority, Repo rate was reduced by 25 bps under the liquidity adjustment facility (LAF) to 5.75 per cent for third time in a row. It fell below 6% for the first time in 9 years since September 2010.
Current Policy rates:


RBI raised the Retail Inflation Forecast for April-September FY20 to 3-3.1%
RBI raised the Retail Inflation Forecast marginally to 3-3.1% for the first half of the current fiscal due to a rise in food prices mainly vegetables. It forecasted risks to inflation trajectory from monsoon uncertainties, an unseasonal spike in vegetable prices, crude oil prices, financial market volatility, and fiscal scenario.