The G20 Ministerial meeting on Trade and Digital Economy was held on June 8 and 9, 2019 in Tsukuba city, Ibaraki Prefecture, Japan. It is one of the eight Ministerial Meetings. Trade and Economy Ministers of the Group of 20 major economies discussed the ways to reorder trade rules and finances in an era of technological change and protectionism. 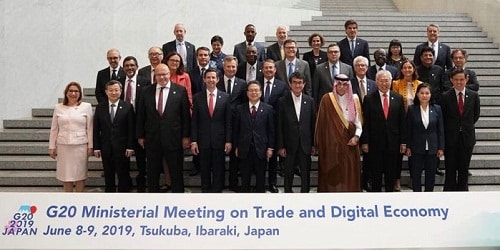