We are here for you to provide the important Recent and Latest Current Affairs 10 January 2020, which have unique updates of Latest Current Affairs 2020 events from all newspapers such as The Hindu, The Economic Times, PIB, Times of India, PTI, Indian Express, Business Standard and all Government official websites.

1023 Fast Track Courts under safety of women mission to be set up in 24 states
On January 09,2020 24 states and union territories (UTs) have joined together to set up a total of 1,023 ‘fast-track special courts’ (FTSCs) to dispose of over 1.60 lakh cases of rape of children below the age of 12 years and women pending in various courts across the country. This has been done to bring out fast and time bound completion of trial of these cases for which Criminal Law (Amendment) Act, 2018 was enacted.
The FTSC will be set up as part of National Mission for Safety of Women (NMSW).

i.The reduction in emissions was achieved by constituting Carbon Management Plan(CMP) and reducing carbon emissions at airports as per the Airport Carbon Accreditation (ACA) Program. ACI’s grading system is based on 4 categories. They are mapping, reduction, optimization and neutrality….Click here to Read More 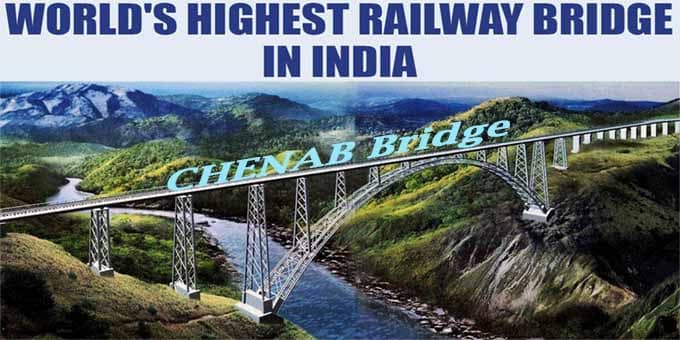 On January 9,2020 Government of India set a new deadline for the completion of the world’s highest railway bridge- Chenab bridge. Kashmir will be connected to the rest of India by Indian railways by December 2021. Konkan railway is the implementing agency of this project.
The Chenab bridge will be 35m taller than the Eiffel Tower in Paris,France.
Key Points:
i.Once completed, it will surpass the record of the Beipan river Shuibai railway bridge (275 m) in China.
ii.The massive arch-shaped structure being constructed in hostile-terrain, have used over 5462 tonnes of steel will be 359 meters above the chenab river bed.
iii.It is designed to withstand the wind’s speeds of up to 260km per hour.
iv.The 1.315-km-long ‘engineering marvel’ will connect Bakkal (katra) and Kauri (Srinagar).
v.The bridge forms a crucial link in the 111-km stretch between Katra and Banihal, which is part of the Udhampur-Srinagar-Baramulla rail link project.
vi.The project was declared as a national project in 2002.
About Chenab River:
i.The Chenab river is formed by the confluence of the Chandra and Bhaga rivers at Tandi in the upper himalayas in Lahaul and Spiti district of Himachal Pradesh, Republic of India.
ii.In its upper reaches it is also known as Chandrabhaga.
iii.It is the tributary of the Indus river.
iv.The total length of Chenab river is about 960 km.
Konkan Railway:
Chairman and Managing Director- Shri. Sanjay Gupta.
Headquarters- (C.B.D) Central Business District Belapur, Navi Mumbai.

Forest Committee approves Green Credit Scheme to ‘trade’ in forests
On January 09, 2020 the Forest Advisory Committee (FAC) which is an apex body that considers questions on the diversion of forest land for non-forest uses such as mining, industrial projects, townships etc and also issues granting of forest clearances has approved Green Credit Scheme that would allow forests to be traded as a commodity.
Green Credit scheme:

AP CM launches Rs 6,318 cr ‘Jagananna Amma Vodi’ scheme for indigent mothers
On January 9,2020 Andhra Pradesh (AP) Chief Minister(CM) Yeduguri Sandinti Jaganmohan Reddy launched his government’s flagship programme ‘Jagananna Amma Vodi’ scheme in Chittoor, AP. The scheme is to support lakhs of poor and needy mothers to educate their children.
Amma Vodi scheme:
i.The Amma Vodi scheme is a first of its kind in the country to bring about historical changes in the education system of the state of Andhra Pradesh.
ii.An annual financial assistance to the tune of Rs.15,000 credited into the accounts of indigent mothers to educate their children….Click here to Read More

In a 1st, RBI introduced video-based identification process for KYC
On January 10, 2020 the Reserve Bank of India(RBI) for the 1st time has introduced Aadhaar-based Video Customer Identification Process (V-CIP). This process will allow banks and other lenders to complete the KYC (Know Your Customer) process of customers on video itself. This facility can be used as an alternative to the already available e-KYC facility. To introduce V-CIP, RBI has amended guidelines under the Prevention of Money-laundering (Maintenance of Records) Rules, 2005. 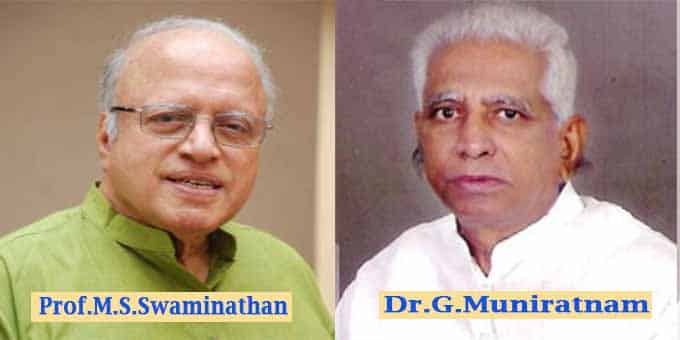 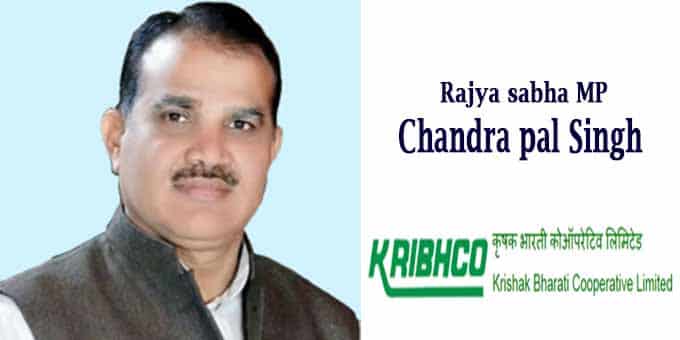 On January 9,2020 Agri-cooperative leader and Rajya Sabha MP (Member of Parliament) Chandra Pal Singh Yadav, Uttar Pradesh constituency has been re-elected unanimously as Chairman of Krishak Bharati Cooperative Limited (KRIBHCO). He has been the Chairman from July 1999 to May 2010 & thereafter from February 2015 to till date.
Key Points:
i.Sudhakar Chowdhary, a versatile farmer’s leader, was unanimously elected as Vice Chairman of the KRIBHCO.
ii.The special general board meeting was held at NCUI (National Cooperative Union of India)auditorium, New Delhi  to elect nine directors.
iii.Eight directors were elected unanimously but there was a fight for the post of the ninth director which was won by Gujarat’s Maganlal Dhanjibhai Vadaviya.
iv.KRIBHCO is an Indian co-operative society that manufactures fertilizers.
About KRIBHCO:
Headquarters- Noida.
Founded- 4 May 1980. 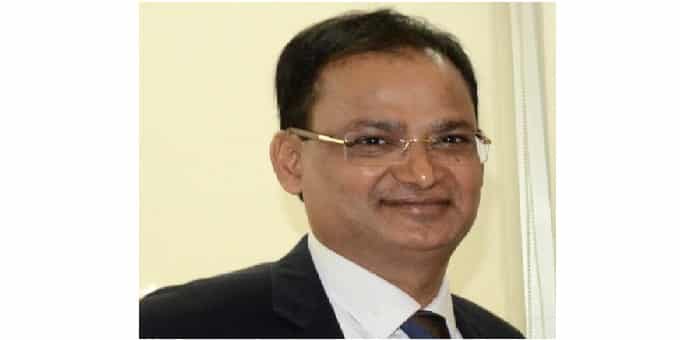 LIGO detects collision of neutron stars for the 2nd time
On January 8, 2020, A team of Scientists with the Laser Interferometer Gravitational-wave Observatory (LIGO) and Virgo collaborations have detected gravitational waves due to collision of two neutron stars for the 2nd time. The first such gravitational-wave detection of merging neutron stars, called GW170817, took place in August 2017.
Key Points:
i.This merger was detected in the third observing run (O3) of the LIGO detectors, which started on April 1, 2019 & has been named GW190425. There have been 2 previous observing runs conducted before. It includes, O1 (from September 2015 – January 2016) & O2 (from November 2016 to August 2017).
ii.The total mass of the two neutron stars combined was between 3.3 and 3.7 times the mass of the Sun, which is greater than any other pair of neutron stars ever observed.
iii.These city sized neutron stars, at a distance of 520 million light years from the earth, were formed separately and drifted together to form a giant star pair.
iv.These findings were published in the journal , “Astrophysical Journal Letters”.
About LIGO observatory:
It is a large-scale physics experiment and observatory to detect gravitational waves. It was Co founded in 1992 by Kip Thorne and Ronald Drever of Caltech and Rainer Weiss of MIT & is funded by the National Science Foundation (NSF).
Location(s)- Hanford Site, Washington and Livingston, Louisiana, US

Govt. to encourage Indian pompano cultivation in the country
On January 09, 2020 the Central Marine Fisheries Research Institute (CMFRI) in Visakhapatnam, Andhra Pradesh(AP) has successfully cultivated Indian pompano- marine fish species in a brackishwater pond (low salinity)in the region, thus scientifically proving its commercial viability.  It was also the 1st scientific experiment which became successful in Indian pompano cultivation. With this success, the govt plans to encourage more Indian pompano cultivation. The scientific name of Indian pompano is Trachinotus mookalee. It belongs to genus Trachinotus in the family Carangidae.
Key Points:
i.The harvesting of the pompano was attended by AP Fisheries Minister Mopidevi Venkataramana, AP MLA (Member of the Legislative Assembly) Simhadri Ramesh and officials of the National Fisheries Development Board (NFDB).
ii.The experiment was conducted by CMFRI scientists in collaboration with an aqua farmer, Bandi Sunil Kumar.
iii.The yield of the Indian pompano was 3 tons per acre. The profit is estimated to be between 25-30 % against the input cost per acre.

Fouaad Mirza became 1st Indian equestrian to qualify for Tokyo Olympics in over 2 decades
Double Asian Games medallist equestrian, Fouaad Mirza (27 years) became the 1st Indian rider to compete at the 2020 Summer Olympics in Tokyo, Japan after 2 decades. His qualification to the Olympics was confirmed by the International Federation for Equestrian Sports (FEI). Prior to Fouaad, Imtiaz Anees participated in the Sydney Olympics in the year 2000 and Late Wing Commander IJ Lamba participated in the 1996 Atlanta Olympics.
About Fouaad Mirza:
i.Previously Fouaad Mirza won a silver medal at the 2018 Asian Games in Indonesia and became the 1st Indian since 36years (1982) to win an Asian Games medal in equestrian games.
ii.Award:He was conferred with  Arjuna Award in 2019 by President Shri Ram Nath Kovind for his achievements in Equestrian game. 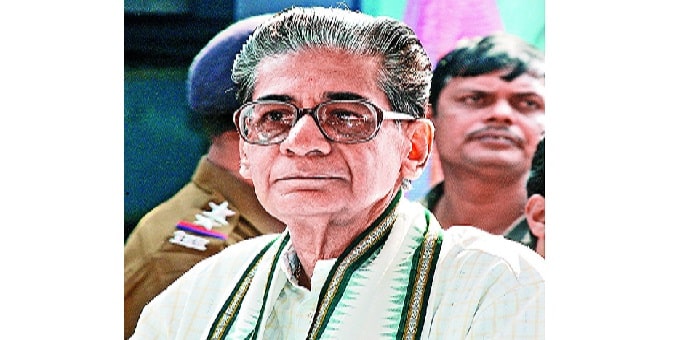 On January 10, 2020 Odisha’s Gajapati dynasty head and the former MP Gopinath Gajapati Narayan Deo passed away due to prolonged illness in Bhubaneswar, Odisha. He was 76.
About Gopinath Gajapati Narayan Deo:
i.He was born on March 6, 1943 in Paralakhemundi town of Gajapati district in Odisha.
ii.He was member of Indian National Congress (INC) representing the Berhampur parliamentary constituency.
iii.He later joined the Bharatiya Janata Party (BJP) in 1998  and moved to Biju Janata DAL (BJD) in 2009. 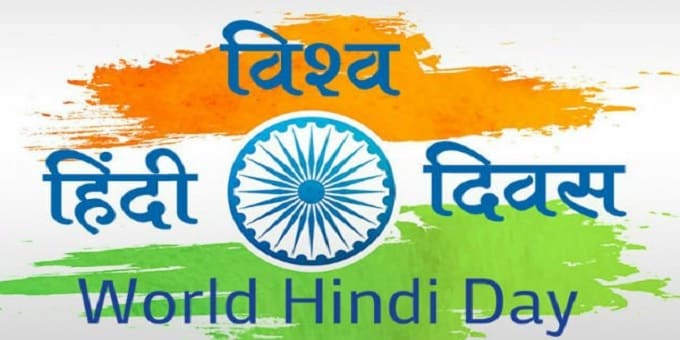 On January 10, 2020, World Hindi Day (WHD) is celebrated across the world with the aim to promote the use of Hindi language abroad.
i.The 1st World Hindi Conference was organized on 10 January 1975 in Nagpur,Maharashtra by then Prime Minister (PM) Indira Gandhi. It was attended by 122 delegates from 30 countries.The day was 1st celebrated in 2006. Since then every year 10th January is being observed as the WHD.
ii.‘National Hindi Day’/ Hindi Divas is being celebrated on September 14 every year to promote Hindi across India….Click here to Read More