Our Current Affairs December 2019 events will help you to get more marks in Banking, Insurance, SSC, Railways, UPSC, CLAT and all State Government Exams. Also try our Latest Current Affairs Quiz and Monthly Current Affairs PDF which will be a pedestrian to crack your exams.

Finance Ministry announced mandatory linkage of Aadhar for PMVVY
On December 23, 2019 the Union Ministry of Finance(MoF) in its latest notification has made it mandatory to submit the proof of Aadhaar number of senior citizens who have invested in the Pradhan Mantri Vaya Vandana Yojana (PMVVY). This move was done to bring transparency to financial processes and to reduce the incidence of fraud.

Home ministry laid India’s 1st transit oriented project; Delhi to get tallest tower
On December 26, 2019 home minister Shri Amit Shah laid the foundation stone of India’s first transit-oriented development (TOD) project. Under this project state of the art infrastructure zone including Delhi’s tallest tower(161 m) will be built. The tower will be built in eastern part of Delhi at Karkardooma and is named as ‘East Delhi Hub’.

India to cross 100-GW renewable energy capacity mark in 2020
On December 27, 2019 the union Minister of Power and New & Renewable Energy (MoP,NRE) Shri Raj Kumar Singh has announced that India is likely to cross its 100 GigaWatt (GW) energy capacity mark in 2020. However the govt also needed to promote storage to ensure 24×7 clean energy supply as coal fired thermal power still remains as the basic use in the country.

NTPC add 10GW solar energy capacity by 2022 with Rs 50,000 crore investment
On December 26, 2019, the NTPC ltd (formerly known as National Thermal Power Corporation Limited) is in the plan of adding 10GW(GigaWatt) energy generation capacity by 2022, with an additional investment of around Rs 50,000 crores. The investment will mainly be funded by green bonds. This move will support India’s ambitious target of generating 175GW by 2022.

More than 1 crore houses sanctioned under PMAY(U): Hardeep Singh Puri
On December 27, 2019,As per the Hardeep Singh Puri, Minister of State (Independent Charge) of the Ministry of Housing and Urban Affairs ,the Centre has approved construction of 6.5 lakh houses under the Pradhan Mantri Awas Yojana-PMAY (Urban).
With this, Government will sanction all the 1.12 crore houses under affordable housing programme – PMAY (Urban), a target set by the centre & deliver them to the beneficiaries by 2022.
Under the scheme, about 30 lakh houses have been built and 57 lakh houses are under construction.
So far, ₹60,000 crore rupees have been released under central Government. All 1.12 crore houses are to be built in which the total investment will be about 7 lakh crore rupees….Click here to Read More On December 27, 2019, 3 days long National Tribal Dance Festival namely “Tribal fest 2019” begun in Raipur, the capital of Chhattisgarh, which was presided over by the state’s Chief Minister (CM) Bhupesh Baghel. The festival was inaugurated by Congress leader Rahul Gandhi. It is for the first time that the festival is being organized in Chhattisgarh.
Key Points:
i.1300 participants from 25 states & UTs of the country and six countries are participating.
ii.29 tribal troupes are presenting more than 43 styles under four different categories.
About Chhattisgarh:
State Animal– Wild water buffalo
State Bird– Bastar Hill Myna
State Flower– Lady’s Slipper, Rhynchostylis gigantea
State Tree– Sal tree

EAM S Jaishankar co-chairs 19th Joint commission meeting 2019 b/w India & Iran held in Tehran
External Affairs Minister(EAM), Subrahmanyam Jaishankar, who was on a 2-day (22-23 December 2019 ) visit to Iran, co-chaired the 19th  Joint Commission Meeting 2019 with his Iranian counterpart Javad Zarif  in Tehran, Iran.
Key Points:
i.During the meet,2 sides agreed to speed up the work on the strategic Chabahar project, which is being jointly developed by India, Iran and Afghanistan.
ii.Both sides also agreed to celebrate their 70th anniversary of bilateral treaty of friendship in 2020.As a part of the celebration,they will promote exchanges between the Parliamentarians, organize cultural festivals, promote people-to-people contact and youth exchanges.
iii.The Chabahar project, which was signed in May 2016, is considered a gateway to trade opportunities with the three countries of Central Asian Nations.
iv.Jaishankar also met Iranian President Hassan Rouhani & held talks about the bilateral cooperation between the two sides.
Chabahar port:
It is on the Indian Ocean about 100 kilometres west of the Pakistan border.It consists of 2 separate ports -Shahid Kalantari &Shahid Beheshti.India and Iran first agreed to plans to further develop Shahid Beheshti port in 2003.
About Iran:
Capital– Tehran
Currency– Iranian rial

Large co-op banks to report exposures above Rs 5 cr to CRILC: RBI
On December 28, 2019, In a bid to find out early recognition of financial crisis, India’s central bank, the Reserve Bank of India (RBI) has asked all primary urban cooperative banks (UCBs) to report all exposures (including all fund-based and non-fund-based exposure on the borrower) of Rs 5 crore and above to the Central Repository of Information on Large Credits (CRILC), maintained by RBI.
These will also include special mention accounts (SMA)- those assets/accounts that shows traits of bad asset quality in the first 90 days itself or before it being identified as NPA(Non-Performing assets).
Earlier in December 2019, in a 5th bi-monthly monetary policy review, the RBI had announced the introduction of the CRILC report to primary (Urban) Cooperative Bank (UCB) with assets of Rs 500 crore and above.
UCB will have to submit CRILC report on a quarterly basis. It will start from 31 December 2019.
RBI will take strict action as per the provisions of the Banking Regulation Act, 1949, if  UCBs didn’t take utmost care about data accuracy and integrity while submitting the information /data on large credit….Click here to Read More

SBI to bring new OTP-based cash withdrawal system for above Rs 10,000 from January 1, 2020
On December 27, 2019, State Bank of India (SBI), an Indian multinational, public sector bank, has taken a big step to curb bank fraud and provide secure banking to its customers by launching new OTP(one-time-password ) based ATM (Automated Teller Machine) withdrawal of above Rs 10,000  during 8 PM to 8 AM. The new system will be implemented across the country from 1 January 2020.
Key Points:
i.However, this system will not be applicable if SBI customers withdraw cash from ATM of another bank, as this facility is not yet developed in National Financial Switch(NFS).
ii.OTP: It is a system-generated numeric string of characters that authenticates the user for a single transaction.
About State Bank of India (SBI):
Founded– 1 July 1955 (as SBI)
Headquarters– Mumbai, Maharashtra
Chairman– Rajnish Kumar
Tagline– With you all the way, Pure Banking Nothing Else, The Nation’s banks on us. Krishnamachari Srikkanth (60), Former Indian cricket team captain and member of the 1983 World Cup-winning team & former Indian women’s Cricket team captain Anjum Chopra (42) will be the recipient of prestigious Board of Control for Cricket in India (BCCI)’s CK Nayudu Lifetime Award for the year 2019. The award will be presented on January 12 during the BCCI Annual Award function in Mumbai, Maharashtra.
Interesting Facts about Krishnamachari Srikkanth:
Former Indian captain, Krishnamachari Srikkanth(60) hails from Tamil Nadu.He played for India from the year 1981–1992. He retired from international cricket in 1993. He was the first Indian player to score a half-century and pick up 5 wickets in an ODI.
Interesting Facts about Anjum Chopra:
Former Indian women’s Cricket team captain Anjum Chopra (42) hails from New Delhi. She Played for India from the year 1995–2012.
Awards:
She is the first Indian woman cricketer to receive Honorary Membership of Marylebone Cricket Club (MCC), Lord’s Cricket Ground, London. She had received various awards including Padma Shri, Arjuna Award.
Achievements:
She became the first Indian player to score an ODI century for India, first captain to win a Test Series abroad, first player to play 100 ODIs for India, first female sportscaster and player to commentate on men’s cricket matches & first to play 6 World Cups for India (four ODI World Cups and two T20s).
About BCCI:
Headquarter- Mumbai, Maharashtra
Chief Executive Officer- Rahul Johri 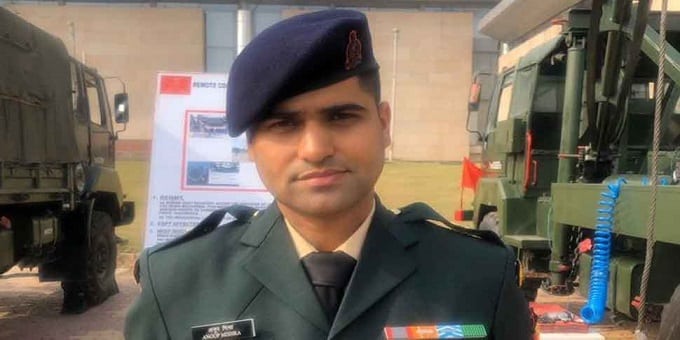 On December 23, 2019, Major Anoop Mishra received the “Army Design Bureau Excellence Award” by Indian Army Chief General Bipin Rawat for indigenously developing the bullet-proof jacket named ‘Sarvatra Kawach’ .The award was presented during the Army Technology Seminar (ARTECH) that held in New Delhi with the theme ‘Technologies for Non – Contact Warfare’
History behind ‘Sarvatra Kawach’ development:
Major Anoop Mishra was hit by a bullet on his jacket during deployment in Jammu and Kashmir but he was saved luckily.After this incident, he decided to develop a full-body bulletproof jacket that can save the lives of soldiers. The Jacket can withstand a sniper bullet even from 10 metres. It was developed in the College of Military Engineering in Pune.

Malala Yousafzai (also known as Malala), a Pakistani activist for female education and the youngest Nobel Peace Prize (2014) laureate, was named as “the most famous teenager in the world” by the United Nations (UN) in its ‘Decade in Review’ report released on December 23, 2019.
Key Points:
i.The report covers a decade of major events happened between 2010 and the end of 2013, celebrities and agreements that have become most famous. The report includes big news such as the devastating earthquake in 2010 in Haiti (a Caribbean country), the conflict that began in Syria in 2011 & Malala’s work in favour of girls’ education for the year 2012.
ii.Malala appointed as a UN Messenger of Peace in 2017 & recently on December 18, 2019, Teen Vogue , a former US print magazine, has chosen Malala as its cover person for its last issue of the decade.
About United Nations (UN):
Headquarters– New York, United States(US)
Founded– 24 October 1945
Secretary general– António Guterres 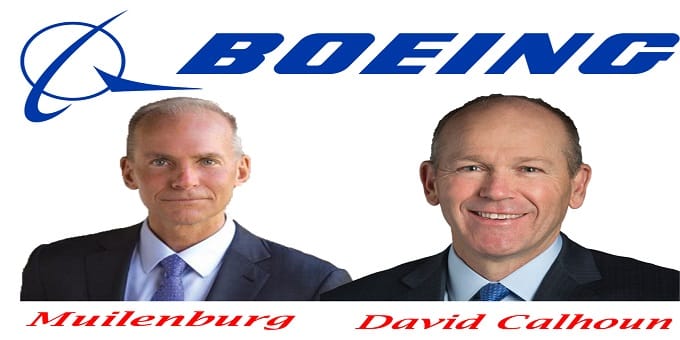 On 23rd December, 2019, Dennis Muilenburg, Chief Executive Officer (CEO) of American Aerospace firm, Boeing has stepped down after MAX 737 crashes.He will be succeeded by its Chairman David L. Calhoun. But, he will not take charge as CEO until January 13, 2020.Untill he joins, Boeing’s Chief Financial Officer (CFO), Greg Smith will serve as interim CEO.

Veerashaiva community leader B.V. Katti passed away at the age of 86
On December 25, 2019 B.V. Katti, who was a former president of district unit of All-India Veerashaiva Mahasabha community, passed away in Belagavi, Karnataka at the age of 86 due to old age ailments.
Key Points:
i.Born in Kadrolli village of Karnataka, BV Katti served as an Indian Administrative Service(IAS) officer and retired as  Divisional Commissioner in Belagavi. He joined revenue service dept. as an Assistant Commissioner.
ii.He held the post as president of Veerashaiva for around 20 years and was also part of the group that built the Lingayat Bhavan in Belagavi.

Sanjay Dharwadker authored “Diamond In My Palm” – Tale of 12 diamonds from Golconda that India lost forever
Sanjay Dharwadker authored the book titled “Diamond In My Palm” that describes, how the world’s 12 greatest diamonds originated from Golconda and Kollur mines in Andhra Pradesh & later took away by Mughals, Persians, Brits, French, Turks and Russians after centuries of bloody wars, conspiracies and million-dollar deals, and now ensconced in their national treasures. The novel also describes about India, its journey in time and its unparalleled spiritual past. The book has been published by Stellar Publishers.
The important diamonds listed in the book were Koh-i-Noor (In London), pink Darya-i-Noor (now in Tehran), the pale, flat-shaped Shah Diamond and the half egg eye shaped, blue-green Orlov Diamond (nestling in Kremlin); and the fabled Blue Diamond(now the Hope Diamond in the Smithsonian) . ‘Mukhyamantri Aawas Yojana’ – Delhi CM Arvind Kejriwal launched the scheme for Jhuggi Jhopri (JJ) clusters
On 24th December 2019, Chief Minister of Delhi, Arvind Kejriwal launched the scheme named ‘Mukhyamantri Aawas Yojana’ for the residents of Jhuggi Jhopri (JJ) clusters & it will provide a pucca house to every citizen in Delhi.
Keypoints:
i.Delhi government has conducted the survey under Delhi Urban Shelter Improvement Board (DUSIB) that mandated to construct houses for the slum dwellers.
ii.During the event, the government has distributed ownership certificates to 65,000 families residing in slums. They will be provided with Pucca house soon.
About Delhi
Capital- New Delhi
Governor- Anil Baijal (21st)