On December 23, 2019 the Union Ministry of Finance (MoF) in its latest notification has made it mandatory to submit the proof of Aadhaar number of senior citizens who have invested in the Pradhan Mantri Vaya Vandana Yojana (PMVVY). This move was done to bring transparency to financial processes and to reduce the incidence of frauds. 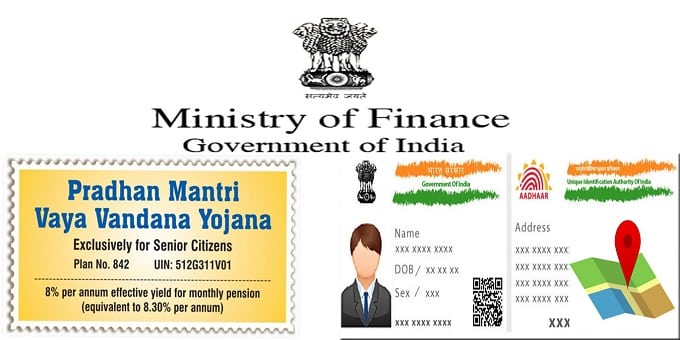 About Aadhar:
Fact1- Aadhaar is a 12-digit unique identity number. The data is collected by the Unique Identification Authority of India (UIDAI), a statutory authority under the Ministry of Electronics and Information Technology(MeitY),
Fact2- Aadhaar is the world’s largest biometric ID system.
Act- Aadhar act 2006.
Launched- 28 January 2009.