On December 27, 2019 global property consultant Knight Frank released a report titled “Global House Price Index Q3 2019”. The report was about housing prices in a particular quarter of the financial year. As per the report, India was ranked at 47th place out of 56 countries, while Hungary topped the list. The report in detail are as follows: 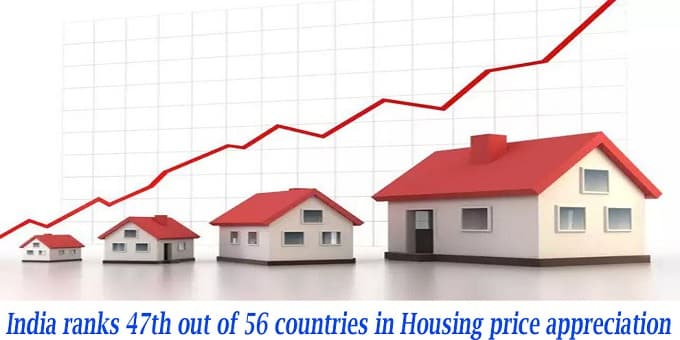