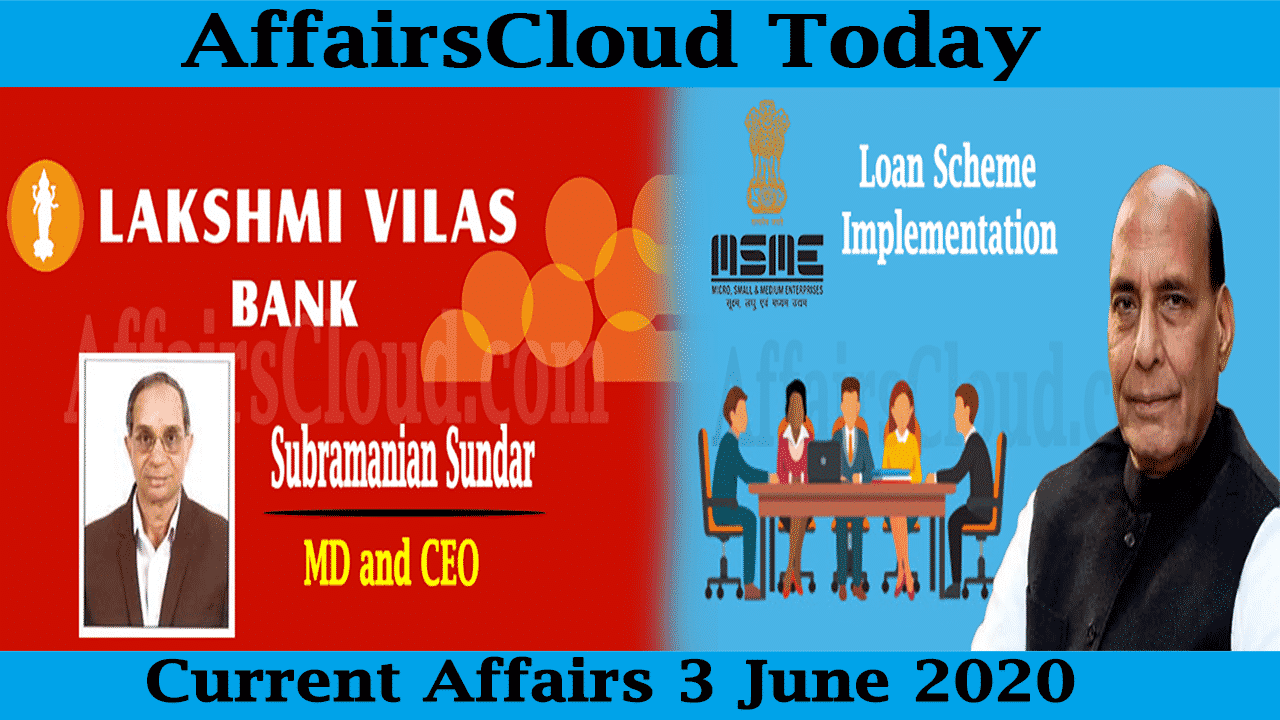 We are here for you to provide the important Recent and Latest Current Affairs 3 June 2020, which have unique updates of Latest Current Affairs 2020 events from all newspapers such as The Hindu, The Economic Times, PIB, Times of India, PTI, Indian Express, Business Standard and all Government official websites. i.On June 1, 2020, Union Cabinet meet was held which was chaired by Prime Minister Shri Narendra Modi. This was the first meeting of the Union Cabinet after the Central Government entered into its second year in office. i.Government under a special drive will provide Kisan Credit Cards(KCC) to 1.5 crore dairy farmers belonging to milk unions and milk producing companies within the next two months (1st June-31st July 2020).
ii.The special drive is part of the Prime Minister’s Atma Nirbhar Bharat package for Farmers.
About KCC scheme:
It was announced in the budget of 1998-99 & launched in August 1998
Aim of the scheme- To provide adequate & timely credit for credit requirements of farmers under single window for their cultivation and to meet the short term credit requirements for cultivation of crops, post harvest expenses, produce marketing loan also the consumption requirements of farmer households among others.
Static
Constituency of Nirmala Sitharaman– Rajya Sabha (Karnataka)
<< Read Full News >>

The Union Minister of Consumer Affairs, Food & Public Distribution Ram Vilas Paswan informed that Odisha, Sikkim and Mizoram have joined the ‘One Nation-One Ration Card’ scheme on ‘Integrated Management of Public Distribution System’(IM-PDS) a total of 20 states/Union Territories(UTs) in the scheme.
Targets made 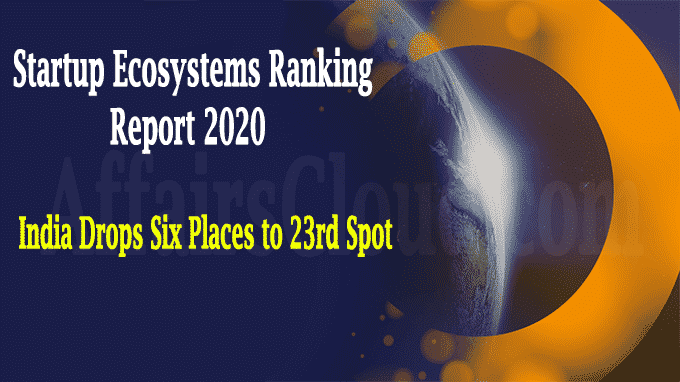 i.The ranking has been topped by the United States (US), followed by the United Kingdom (UK), and Israel at 2nd and 3rd position.
ii.India’s ranking is contrary to its annual Ease of Doing Business ranking, which continues to be on an improving path.
iii.Among the top 100 startup cities, only four India cities were named in “2020 Cities Global Ranking of Startup Ecosystem”.
About StartupBlink:
Chief Executive Officer (CEO)– Eli David
Headquarter– Zurich, Switzerland
<< Read Full News >> 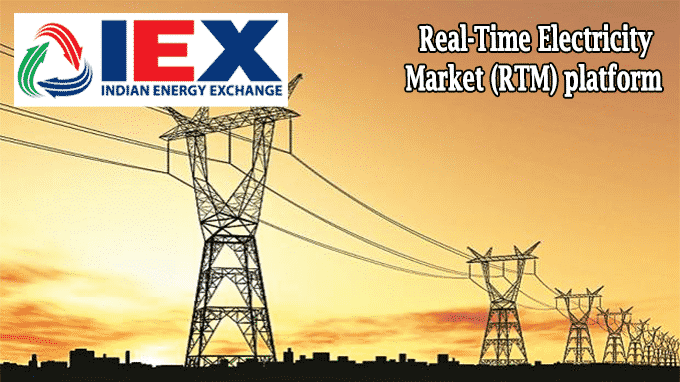 Indian Energy Exchange Limited (IEX) has started a real-time(electricity) market (RTM) to meet the demand for electricity. This will enable the power companies to buy and sell electricity according to their needs only one hour before.
i.There will be 48 auction sessions throughout the day & the power delivery will be done within one hour of the end of the bidding session. This will help in reducing dependency in case of grid fluctuations for power companies.
About Indian Energy Exchange Limited (IEX):
Headquarters– New Delhi
CEO & Managing Director– Rajiv Srivastava
<< Read Full News >> 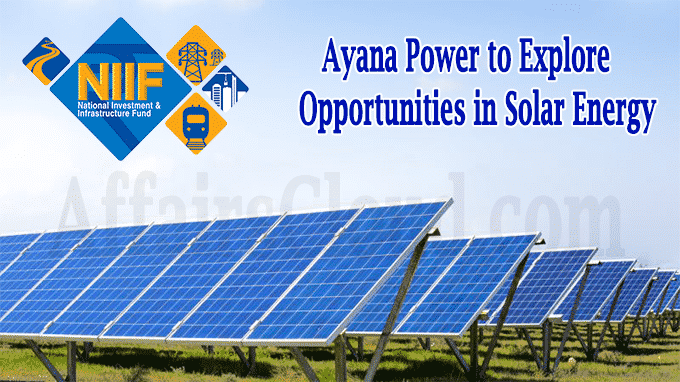 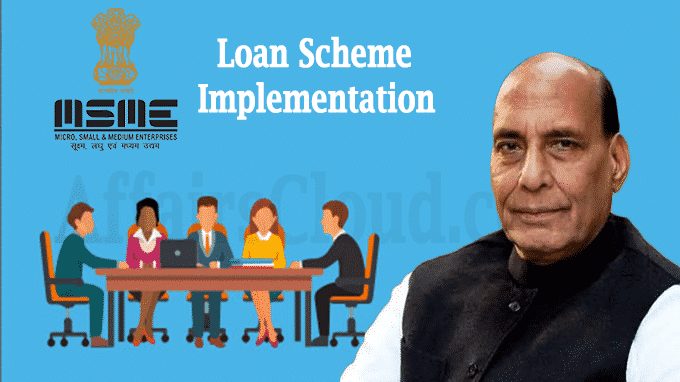 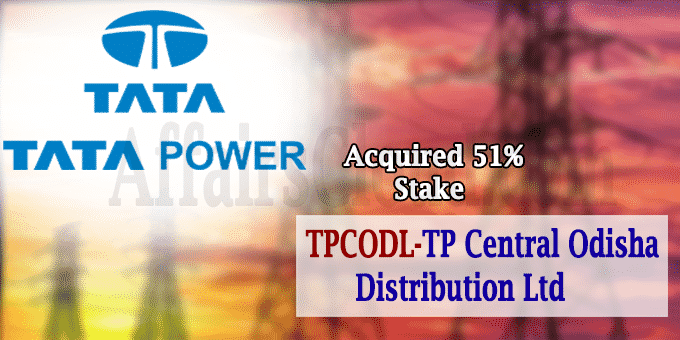 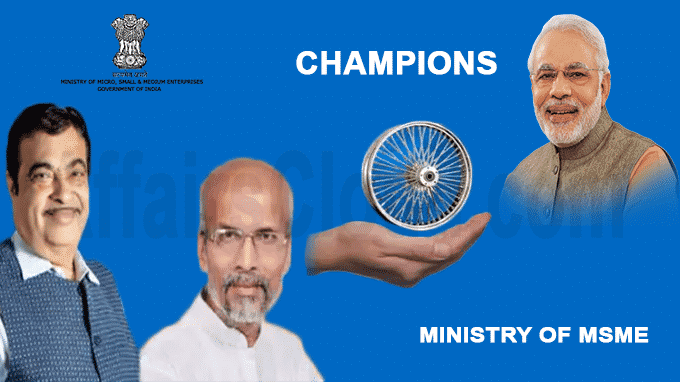 Prime Minister (PM) Narendra Modi has launched CHAMPIONS (Creation and Harmonious Application of Modern Processes for Increasing the Output and National Strength) to help the smaller MSMEs (Micro, Small and Medium Enterprises) by resolving their grievances and the complaints received on the portal will also be redressed within the prescribed limit.
About Ministry of Micro, Small and Medium Enterprises (MSMEs):
Headquarters– New Delhi
Union Minister– Nitin Gadkari
<< Read Full News >>

DRDO develops ‘Ultra Swachh’ to disinfect PPE and other materials 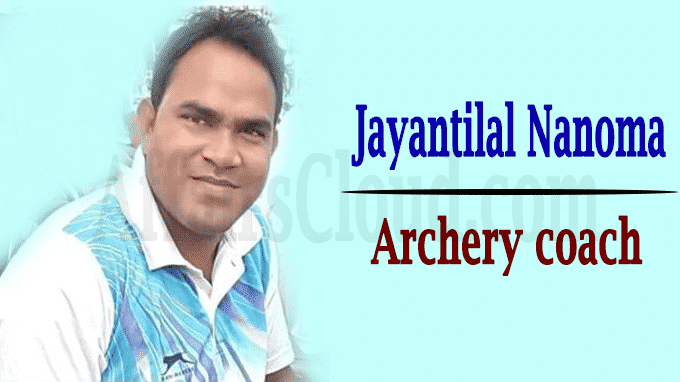 On 1st June 2020, Former international archer and Archer coach of Rajasthan Jayantilal Nanoma passed away at the age of 34 in Udaipur due a road accident on 31st May 2020(Sunday), that took place while travelling from Banswara to Dungarpur in a car with a friend.
About Archery Association of India(AAI):
President- Arjun Munda
Secretary General- Pramod Chandurkar
Established- 8th August 1973
<< Read Full News >> 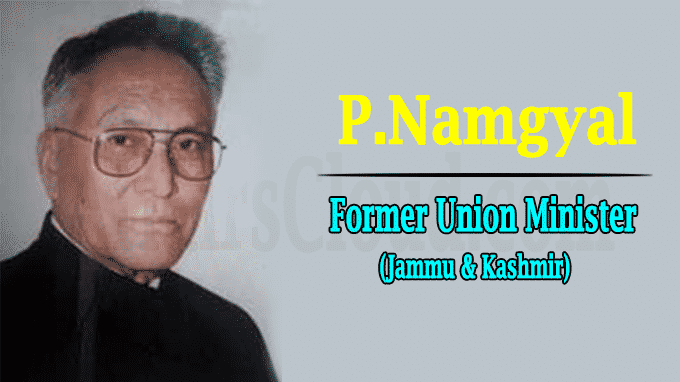 On June 1, 2020, P Namgyal, former Union Minister and three-time Congress MP (Member of Parliament) from Ladakh, passed away at the age of 83 in the Union Territory of Ladakh. He was born on December 17, 1937, in Nubra, Ladakh.
About Ladakh:
Lieutenant Governor (LG)– Radha Krishna Mathur.
<< Read Full News >>

‘One Year of Modi 2.0 – Towards A Self-Reliant India’ e-book released by Ministry of I&B 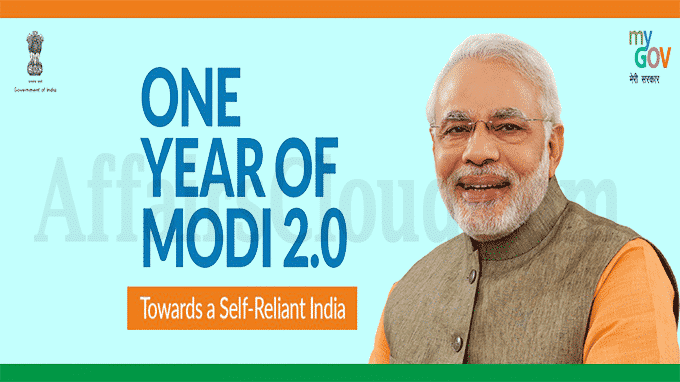 i.A 92-page e-booklet called ‘One Year of Modi 2.0 – Towards A Self-Reliant India’ on the key achievements of the Modi government during its second term was released on June 1, 2020, by the Ministry of Information and Broadcasting (I&B).
ii.This marks the first anniversary of the second term of the government.
About Ministry of I&B
The Ministry of Information & Broadcasting is instructed with the task of Information dissemination regarding education and other updates. The communication of various Government policies and programs through the media units.
Union Minister– Prakash Javadekar
<< Read Full News >> Global Day of Parents is celebrated every year on June 1 globally. The day was organized by the United Nations (UN) to emphasize the critical role that the family has the primary responsibility for the nurturing and protection of children.
About United Nations (UN):
Headquarters– New York City, United States (US).
Secretary-General– Antonio Guterres.
<< Read Full News >> 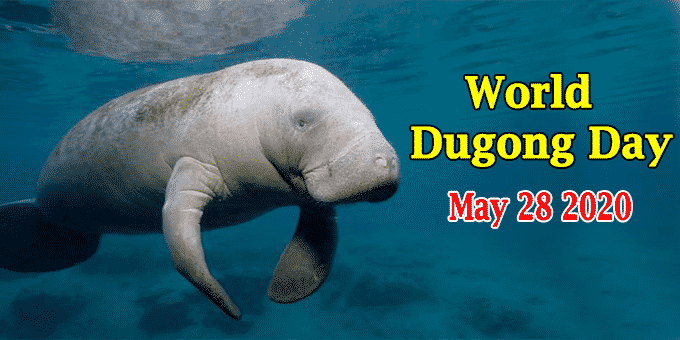 On May 28, World Dugong Day 2020 is observed to raise awareness and conserve an endangered marine species from extinction. The dugongs commonly known as the sea cow and its Scientific name is Dugong dugon, which is the world’s only vegetarian marine mammal threatened with extinction and is fighting for its survival in Indian waters.Unless conserve, one day become extinct.
Key points:
i.They are protected in India under Schedule I of the Wild (Life) Protection Act, 1972.
ii.According to the 2013 survey report of the Zoological Survey of India (ZSI), There were just 250 dugongs in the Gulf of Mannar in Tamil Nadu, the Andaman and Nicobar Islands and the Gulf of Kutch in Gujarat.

A team of researchers from Lovely Professional University (LPU), Punjab, have developed a first of its kind multipurpose algae-based respirator called ‘Oxigeno’, which helps to boost the amount of oxygen passing through it and filters out 99.3 percent of the harmful gasses. 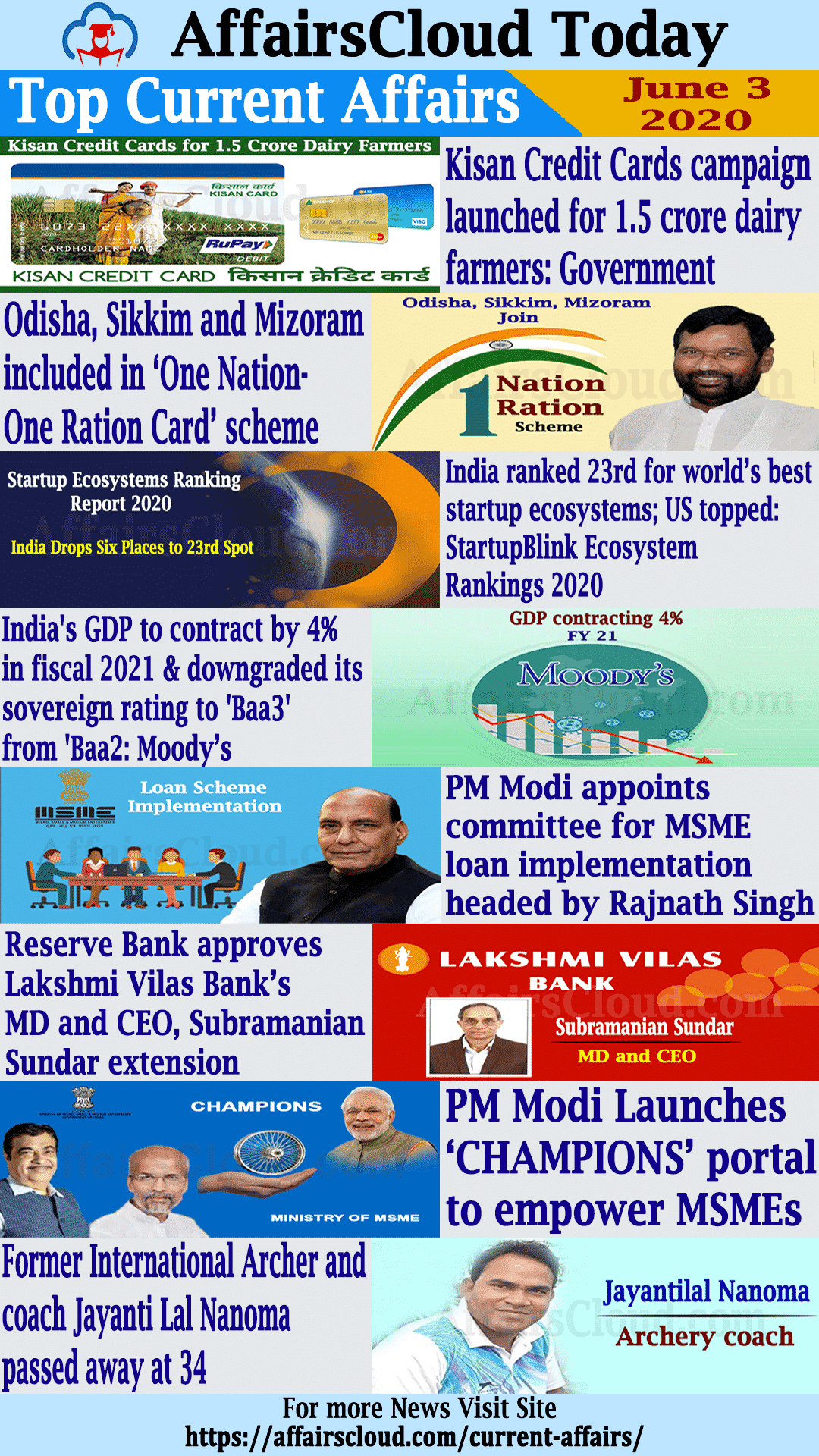