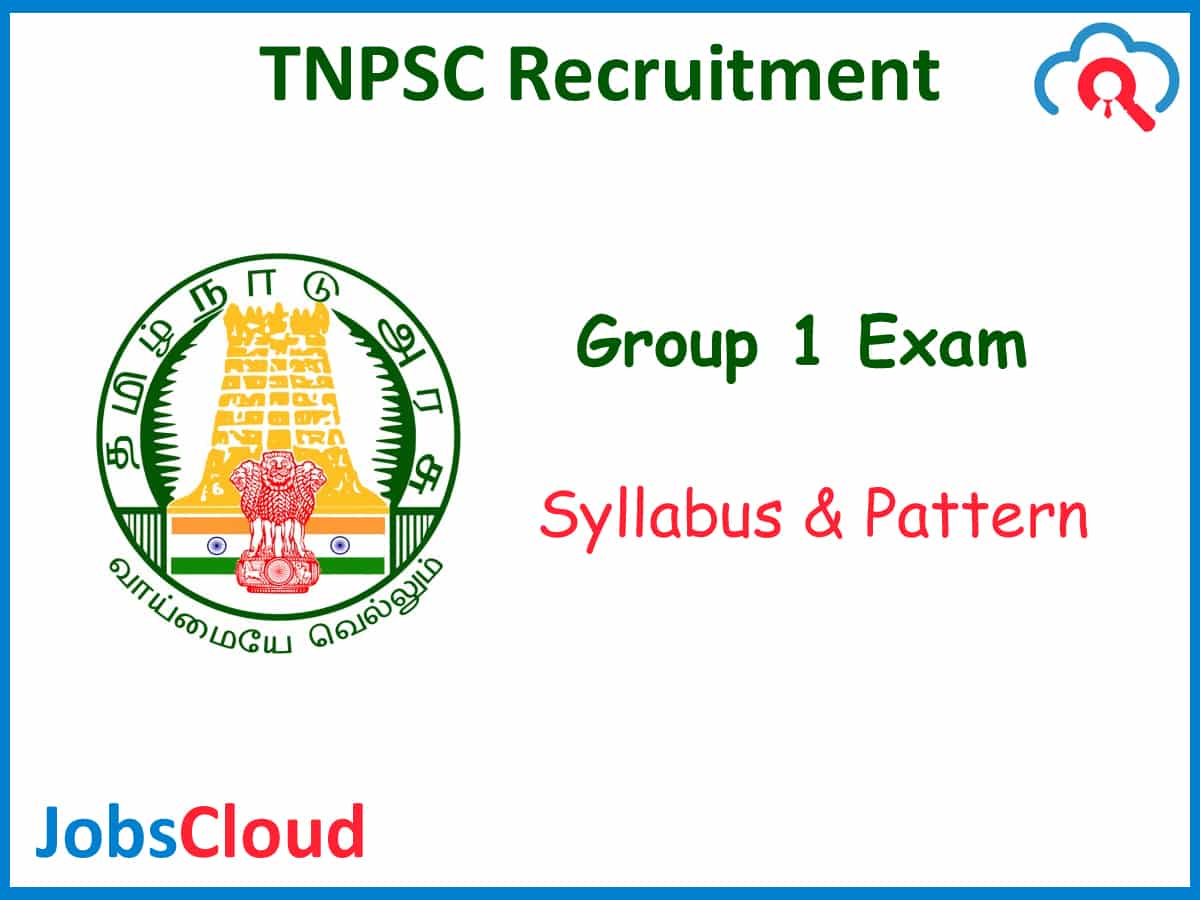 The selection will be based on the:

The questions on General Studies will be set in both Tamil and English.

UNIT–IV: HISTORY AND CULTURE OF INDIA:

UNIT- I: Indian Polity and emerging political trends across the world affecting India
UNIT- II: Role and impact of Science and Technology in the development of India
UNIT- III: Tamil Society ‐ Its Culture and Heritage

UNIT- I: MODERN HISTORY OF INDIA AND INDIAN CULTURE

UNIT – II: ROLE AND IMPACT OF SCIENCE AND TECHNOLOGY IN THE DEVELOPMENT OF INDIA

UNIT-I : GEOGRAPHY OF INDIA WITH SPECIAL REFERENCE TO TAMILNADU

Click activate link in your inbox to complete subscription

JOIN US
Jobs by Category
Jobs by State
Jobs by Cities
Jobs by Education
Jobs by Role
© 2022 - JobsCloud, All Rights Reserved.