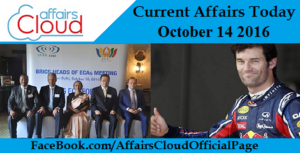 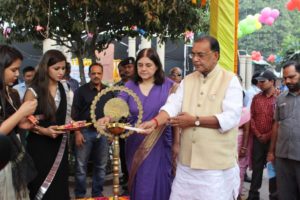 iii. This initiative is a move to benefit women entrepreneurs, and also actively promote organic food and products.The Festival will offer on sale the biggest selection of organic products ranging from food, fabrics and furniture to wellness, personal care and solar products
iv. Smt Maneka Gandhi had highlighted the importance of making a shift to organic that Organic foods had been proven to contain more vitamins, minerals and nutrients than similar foods produced with chemical fertilizers, pesticides and preservatives.
v.Organic farming relies on techniques such as crop rotation, green manure, compost, and natural methods of pest control. Children are particularly vulnerable to the harmful effects of pesticide exposure. We will make a concerted effort to make this alternative a popularly used one.

Andhra Pradesh govt released Rs. 99.62 crore under AMRUT scheme
i. Under the Atal Mission for Rejuvenation and Urban Transformation (AMRUT) scheme, Andhra Pradesh has released Rs.99.62 crore to AP-Urban Finance and Infrastructure Development Corporation Limited (AP-UFIDC) for the year 2016-17.
ii. The scheme was launched by Prime Minister Narendra Modi in June 2015 with the focus of the urban renewal projects is to establish infrastructure that could ensure adequate robust sewerage networks and water supply for urban transformation
iii. The scheme is being implemented in 33 cities and towns in the State, including Amaravati. Vijayawada, Guntur, and Visakhapatnam find a place in the list of cities set for a major upgrade of infrastructure in the coming years.
iv. Rajasthan was the first state in the country to submit State Annual Action Plan under Atal Mission for Rejuvenation and Urban Transformation (AMRUT).

“Global Tuberculosis Report 2016” – By WHO
i. The new Global Tuberculosis Report 2016 released by the World Health Organisation. New data published by WHO in its 2016 “Global Tuberculosis Report” show that countries need to move much faster to prevent, detect, and treat the disease if they are to meet global targets.
ii. It is noted that India has been underreporting its tuberculosis burden by almost half, it appears. World Health Organisation updated the estimate of incidence – that is, the number of new tuberculosis cases in a year – from 1.7 million cases to 2.8 million in 2015.
iii. An estimated 1.8 million people died from TB in 2015, of whom 0.4 million were co-infected with HIV. Although global TB deaths fell by 22% between 2000 and 2015, the disease was one of the top 10 causes of death worldwide in 2015, responsible for more deaths than HIV and malaria.
iv. Three countries carry the major burden of MDR-TB – India, China, and the Russian Federation – which together account for nearly half of all cases globally.

Israel Suspends UNESCO Cooperation Over Jerusalem Draft
i. Israel suspended cooperation with the UNESCO, a day after the U.N. cultural agency adopted a draft resolution on the Temple Mount and Western Wall.
ii. As per the document posted on UNESCO’s website, the holy sites will be referred to by their Arabic name, Haram esh-Sharif, while the Hebrew terms will only appear in quotation marks in UN references.
iii. According to Israel’s Officials, UNESCO ignores thousands of years of Jewish ties to Jerusalem and of aiding Islamic terrorism.
Israel :
♦ Capital: Jerusalem
♦ Currency: Israeli new shekel
♦ Prime minister: Benjamin Netanyahu

SEBI banned 21 entities in tax evasion case
i. Securities and Exchange Board of India, SEBI has banned 21 entities in a case related to tax evasion and illegal gains through misuse of stock exchange mechanism.
ii. Sebi in an interim order dated June 1 had barred Dhyana Finstock and 75 other entities, including the above 21, from the market for using the securities system to artificially bump up volume and price of the scrip to provide illegitimate gains to preferential allottees.
iii. The end purpose is to claim long-term capital gains (LTCG) benefits. Sebi had prima facie found that the entities acted in concert for implementation of the dubious plan, device and artifice that has led to the misuse of stock exchange mechanism. 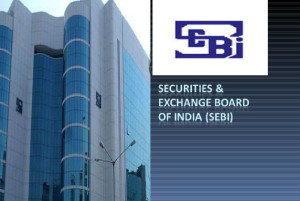 SEBI :
♦ The Securities and Exchange Board of India (SEBI) is the regulator for the securities market in India. It was established in the year 1988 and given statutory powers on 12 April 1992 through the SEBI Act, 1992.
♦ Headquarters: Mumbai.
♦ Chairman: U.K.Sinha.

CCEA approved revision of ethanol prices for public sector OMCs
i. The Cabinet Committee on Economic Affairs, chaired by the Prime Minister Shri Narendra Modi, has approved the mechanism for revision of ethanol price for supply to Public Sector Oil Marketing Companies (OMCs)
ii. The revised administered price will facilitate OMCs to carry out the Ethanol Blended Petrol (EBP) Programme for the next sugar season 2016-17.
iii. Additionally, charges will be given to the ethanol suppliers as per actuals in case of Excise Duty and VAT/GST and transportation charges as decided by OMCs.
iv. Ethanol Blended Petrol (EBP) Programme was launched by the Government in 2003 which has been extended to the Notified 21 States and 4 Union Territories to promote the use of alternative and environment friendly fuels. This intervention also sought to reduce import dependency for energy requirements.
v. Ethanol supplies increased to 67.4 crore litres in 2014-15 and the projected supplies for ethanol supply year 2015-16 are around 120 crore litres. The objective to fix the delivered price of ethanol has been achieved to a large extent.

India got first Iranian oil parcel
i. India has received the first parcel of Iranian oil to partly fill its strategic storage in southern India, Mangalore Refinery and Petrochemicals Ltd, which imported the very large crude carrier (VLCC).MRPL shipped in 2 million barrels of Iranian oil in the very large crude carrier Dino.
ii. The country will fill half of the storage with 6 million barrels of Iranian oil while continuing talks with United Arab Emirates and Saudi Arabia for the remainder.
iii. A second parcel to be procured by Bharat Petroleum Corp. is scheduled to arrive around Oct. 25, two sources with direct knowledge of the matter.
iv. India, which is seeking to hedge against energy security risks as it imports about 80 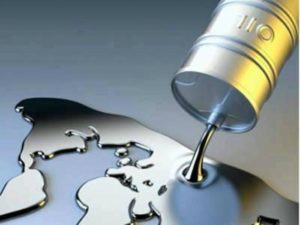 Mashelkar honoured with V Krishnamurthy award
i. The prestigious ‘V Krishnamurthy Award for Excellence’was presented to eminent scientist and former Director-General of the Council of Scientific and Industrial Research, RA Mashelkar.
ii. Former Governor of Tamil Nadu K Rosaiah presented the award to Mashelkar at the Centre for Organisation Development (COD) in the presence of Habil F Khorakiwala, Founder Chairman, Wockhardt Group and Chairman of the Board of Governors, COD among other dignitaries.
iii. The award is instituted by Centre for Organisation Development (COD) to honour individuals who have set high standards of achievement in pursuit of excellence in their respective professions. 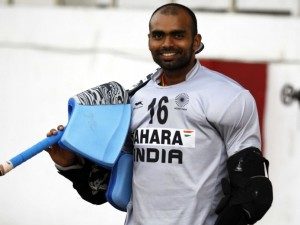 ii. The award carries a purse of Rs.25,000 and a citation that would be presented to Sreejesh in December 3,at Peravoor. Peravoor in this district of Kerala is the birthplace of Jimmy George,who was the first professional volleyball player to represent the nation.
iii. Sreejesh, who led India in the 2016 Rio Olympics is an Arjuna awardee. He has bagged the Dhruv Batra award in 2015.Some of his achievements areThe gold at the Incheon Asian games in 2014, the silver at Glasgow Commonwealth games in the same year and the bronze at hockey World League.
iv. Jimmy George was born March 8, 1955 in Peravoor. He is often considered one of the greatest volleyball players of all time and was a member of India men’s national volleyball team. He was the first Indian volleyball player to become a professional and played club volleyball in Italy.

Pune-based innovator Satish Pathak gets international automation award
i. Satish Pathak from Pune has been awarded the the Excellence in Technical Innovation by the International Society of Automation for Digital Controlled Valve for Precise Liquid Dispensing by Gravity flow, has the capacity of saving for the industry and is a step change technology in industrial valves.
ii. project had received a grant from the department of science and technology (DIST)
iii. He would be starting the first commercial usage of the project at Kalyan for a company dealing with natural honey soon. 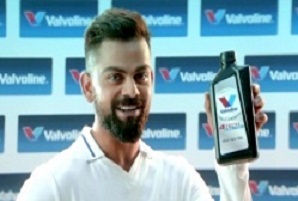 India to eliminate potent greenhouse gas HFC-23 by 2030
i. Taking the lead on tackling climate change, India will eliminate the use of HFC-23, a greenhouse gas that harms the ozone layer, by 2030.
ii. The announcement came at a meeting of parties to the Montreal Protocol at Kigali in Rwanda where final negotiations are taking place to substantially reduce the use of HFCs (hydro fluoro carbons) by 2030. The Montreal Protocol, which came into force in 1989, is aimed at reducing the production and consumption of ozone depleting substances in order to protect the earth’s fragile ozone layer.
iii. Anil Madhav Dave, minister of state for environment, forests and climate change, who is leading the Indian team, has given the go-ahead for releasing the order for incinerating the HFC–23 by producers of HCFC–22 gas.
iv. Signing the orders, Manoj Kumar Singh, joint secretary in the MoEF and lead Indian negotiator, highlighted the fact that even with complete phase out of HCFCs for usage as refrigerants under the Montreal Protocol that its production will continue for feedstock purposes. 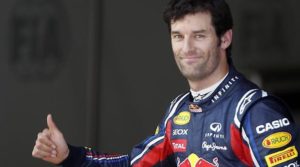 ii. The Winner of nine Formula One grand prix with Red Bull Webber has been racing in the World Endurance Championship with Porsche.
iii. With three races remaining in the current season, Webber has announced his retirement before becoming a “Porsche representative” next year.
iv. The Australian won the World Endurance title with Porsche in 2015 with Germany’s Timo Bernhard and New Zealander Brendon Hartley.He competed in 215 Formula One races for Minardi, Jaguar, Williams and Red Bull before leaving in 2013. 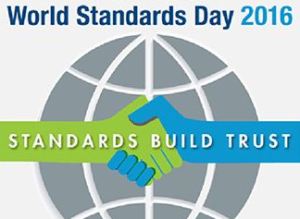