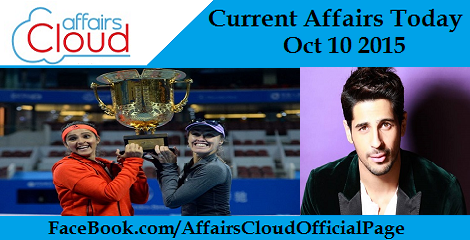 In lieu of providing aid to the distressed farmers Karnataka government announced waiver of interest and penal interest on crop loans from cooperative banks for the current fiscal 2015-16 as the state has been facing drought from past 10 years and crop loss of 16000 crore.(Karnataka CM – Siddaramaiah)

The SAARC Sufi festival, a three-day carnival of Sufi dance, music and poetry was organised at Diggi Palace, Jaipur from 10th to 12thOctober, 2015. This festival is based on the academic research seminars and sufiyana shayari.

AIM– To spread the vision of a terror free world

Mumbai headquartered bank with tagline “We Understand Your World” HDFC has initiated the countrywide crusade to position itself as a premier digital bank by benefitting customers with bank’s latest technological products and offerings.(HDFC MD – Aditya Puri)

Bank’s offering will be digitally accessible and it includes 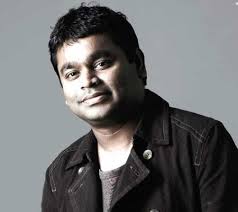 The award will presented by veteran by Subhash Ghai

They have announced to give back their awards after the Malayalam poet K Satchidanandan, Malayalam short story writer PK Parakkadavu and KS Ravikumar decided to quit their posts in Akademi. 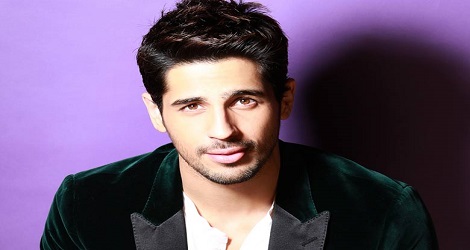 1982 batch IAS officer of Bihar cadre Girish Shankar has appointed as the Secretary of the Department of Official Language under Home Ministry.

SEBI has appointed Tapan Ray to its board

According to an order issued by the Finance Ministry, Capital market regulator SEBI has appointed corporate affairs secretary Tapan Ray to its board. He will succeed Anjuly Chib Duggal.

The 8 member board of SEBI also includes nominees from Finance Ministry and RBI.

After the returning of awards by prominent writers Uday Prakash, Nayantara Sahgal and Ashok Vajpeyi, now Padma Shri awarded writer Shashi Deshpande resigned from the Sahitya Akademi General Council because of the silence of the Akademi and PM Modi on the murder of Professor MM Kalburgi.

(Mr. Kalburgi was a Kannada writer, scholar and winner of the Akademi award who was shot dead by unidentified assailants) 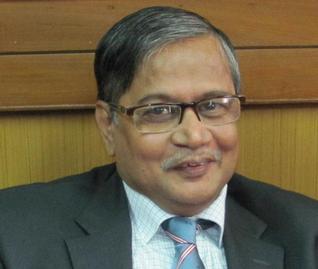 As per Department of Personnel and Training Acclaimed scientist Shekhar Basu designated as atomic Energy Secretary and Chairman of Atomic Energy Commission till September 19, 2016. He will succeed RK Sinha.

From 2012 Mr. Basu is serving Bhabha Atomic Research Centre (BARC) and chief executive of the Nuclear Recycle Board (NRB)

In accordance with the 3rd Quarter 2015(at the end of September) report of web analytics and statistics firm StatCounter Alibaba’s browser UC is influencing the Indian market with 51% share.

In case of PCs Google’s Chrome is in lead with 67.85% with continuous growth meanwhile Firefox and Internet Explorer (IE) are facing move down.

In case of growth in mobile browsing UC is followed by chrome whose share is also raised to 13.21% from 7.03%.

20 years old Dheeraj Rangi Lightweight (60 kg) boxer bagged silver medal in the World Military Games held at Mungyeong, South Korea. He was defeated by Algeria’s Yahia Abdelli but became the only Indian boxer to be at second place in the games.

Melbourne to host World Cup of Golf and Presidents Cup

Melbourne, Australia is going to be the host for the 2016 World Cup and the 2019 Presidents Cup golf tournaments. The Iconic women’s double pair of Sania Mirza and Martina Hingis has clinched their 8th title of the season by defeating Chinese pair of Hao-Ching Chan and Yung-Jan Chan in the China Open final in Beijing.

They won $4.7 million prize money for this tournament.

The new tennis champion N Sriram Balaji bagged a wild card for the 2016 Delhi Open after defeating Vishnu Vardhan with 7-5, 6-3 in the final of the Fenesta National Tennis Championship in New Delhi.

He won the prize money of Rs 3 lakh.

10th October observed as the World Day against the Death Penalty aimed at to abolish capital punishment against drug crime.

THEME: The Death Penalty does not stop drug crimes

It was created in 2002 in Rome and established as World Day against the Death Penalty on 10th October 2003 and has 158 member organisations. Its main objective is to take action for crime but not take the offenders lives.

10th October 2015 is observed as World Mental Health Day which was hosted by World Federation of Mental Health to stop violation and discrimination against the persons who are suffering from mental health conditions.