Finance Ministers of 20 nations vulnerable to climate change launched the V20 Group on 8 October 2015. The Group launched was during the annual meeting of International Monetary Fund (IMF) and World Bank in Lima, Peru. 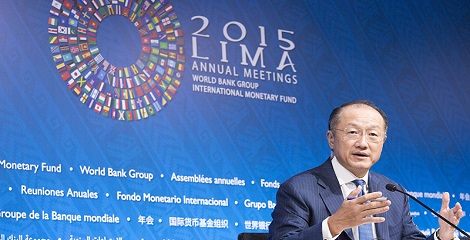 The Group aims to pool resources for their fight against the impact of global warming and is a counterpoint to the G20 group of leading industrialised and emerging economies.
With the launch, the V20 Group Finance Ministers also held their inaugural meeting which was chaired by Cesar Purisima, Finance Minister of the Philippines.