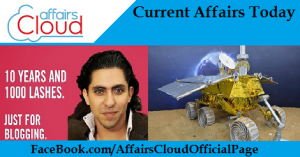 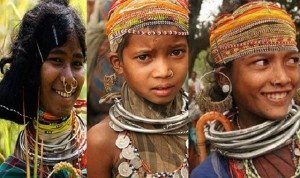 To speed up the cooperation, China and Germany inked 13 agreements in Beijing,China. President Li Keqiang bestowed a royal welcome to Angela Merkel(Germany Chancellor). Merkel kicked off her eighth visit to China since she first took office in 2005.

2015 has been addressed the Year of China-Germany Innovation Cooperation. Both parties will target creating new evolution in investment, financial cooperation and technology. 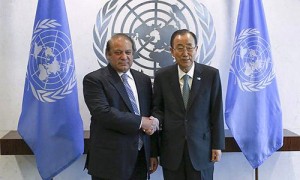 Pakistan broke down to bring back to the elite UN human rights body, picking up only just 105 votes in the 193-member General Assembly. Moreover, Its current term is set to expire on December 31 and was probing redeem to the 47- member Human Rights council(United Nations). India is also a member of the Council and its term will end in 2017.

Greater part of the members of the General Assembly elected the member of the council directly and exclusively by private poll. A non-governmental human rights group UN Watch(Geneva) taken in the setback of Pakistan, tagged it as a “major surprise.”

Before the polling, many human rights bodies were at cross purposes for the re-election of Pakistan, UAE and Venezuela to the council because these governments are criticised globally for their extreme human rights violations.

RBI has allowed companies to issue rupee-denominated bonds abroad that will address both pricing and currency risks.

It has been decided that the capital gains, arising in case of appreciation of rupee between the date of issue and date of redemption against the foreign currency in which the investment is made. It would be exempted from the capital gains tax.

As the public investment is helping kick-start the investment cycle, World Bank confined its GDP growth projection for India

Whereas the projection by International Monetary Fund(IMF) is 7.3% this fiscal lower than projected by World Bank.

Inter-ministerial body FIPB(Foreign Investment Promotion Board) cleared six foreign investment proposals out of seven proposals including that of IIFL Holdings, and Sharekhan worth about Rs 1,900 crore headed by Economic Affairs Secretary Shaktikanta Das.

Senior IAS officer Aruna Sundarajan has been designated as the Secretary in Ministry of Steel. She will succeed Rakesh Singh.

ACC has approved assignment of additional charge of the post of Secretary, Minority Affairs to Amarendra Sinha, Secretary, National Commission of Minorities who will succeed Arvind Mayara.

Senior diplomat Sujan R Chinoy has been designated as India’s Ambassador to Japan. He will succeed Deepa Gopalan Wadhwa. 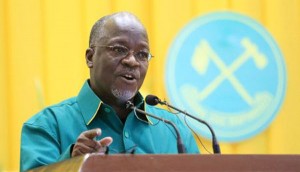 On his 56th birthday, John Pombe Magufuli, won the election to become Tanzania’s next president and defeated his rival ex-Prime Minister Edward Lowassa. Never the insider of governing Chama Cha Mapinduzi (CCM) party cadre, amazed his arbiters. He became known as “The Bulldozer” for pushing a programme to build roads.

“The Bulldozer” in profile:

SpiceJet’s Chief Operating Officer Sanjiv Kapoor put down his papers before the expiry of his employment contract. His original tenure was to run until November 2016. His resignation comes ten months after original promoter Ajay Singh took over the ownership of airline.

He was given a supporting role after the ownership was transferred to Ajay Singh, a cofounder of SpiceJet. The reduced role contributed to Kapoor’s decision to exit SpiceJet. Singh also became the company’s official spokesman, a task that was performed by Kapoor.

Natco had signed a non-exclusive licensing agreement with Gilead Sciences earlier in 2015, to manufacture and sell generic versions of its chronic hepatitis C medicines, including generic version of HARVONI, in India and other 100 developing countries.

In 2014 it had experienced a mechanical control abnormality but recovered it and continues to collect data, send and receive signals, and record images and video.

Other Hits by China

To develop India as a World Class Hockey Nation, endowing SAI(Sports Authority of India) to regain its position as the country’s top sport, would mark the dawning of new age for Indian Hockey.