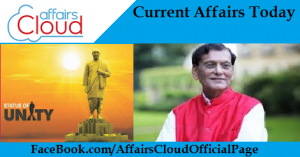 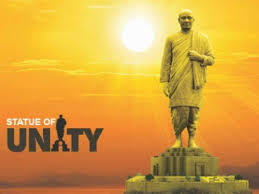 Modi offered floral tributes at the Sardar Patel statue on Parliament Street in New Delhi. The Prime Minister also flagged off ‘Run for Unity’at Rajpath, on the occasion.

Minister for Culture Priya Sethi announced 27 new heritage sites of Jammu, Kashmir and Ladakh region have been identified for preservation and listing under J&K Heritage Conservation and Preservation Act 2010.

World largest population country China announced the end of its hugely controversial one-child policy after more than 35 years announced by President Xi Jinping at  the end of party’s four day plenary session headed by in Beijing.

New policy state that all couples would be allowed two children.

Reason behind for this change :

This change comes as China faces low fertility rates and an aging trend in its population.

Activist Bindeshwar Pathak to get top US humanitarian award 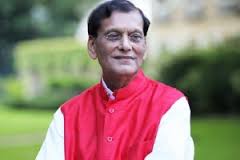 Social activist and founder of ‘Sulabh International’ Bindeshwar Pathak was selected for a top US humanitarian award for his contribution to sanitation and enhancing the quality of life for millions of manual scavengers.

Jawaharlal Institute of Postgraduate Medical Education and Research (JIPMER) were selected as the best hospitals by the British Medical Journal(BMJ) for having the best medicine experts in South Asia.

Other hospitals chosen for the BMJ award 2015 : 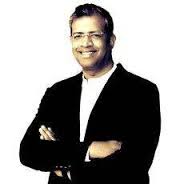 For the first time, Indian e-commerce would witness a chief executive from a traditional retailer heading an online venture in India.

IBM to acquire the Weather Co including its Weather.com website

The IBM announced on Wednesday that it had entered into a definitive agreement to acquire most of the assets of the Weather Co, including its Weather.com website, a large number of weather data collection points, consumer and business applications and a staff of more than 900 people.

IBM would not say how much it was paying for the business, but an earlier report in The Wall Street Journal put the deal at over $2 billion. The Weather Channel, a cable television outlet, was not part of the deal, but it would licence weather forecast data from IBM.

Facebook is investing Rs 5 crore per annum for buying bandwidth from BSNL in this joint initiative that also includes IT infrastructure services providers such as Quad Zen and Trimax for equipment and fibre deployment.

2015 IPC Athletics World Championships was one of the last major competitions ahead of the Rio 2016 Paralympic Games.  it was held in Doha, Qatar from 21 October to 31 October 2015. 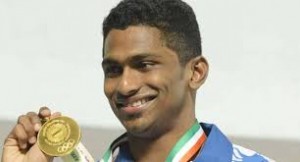 Pune ATP Challenger Yuki Bhambri  win to clinch his second title of the season with a 6-2 7-6(4) defeated second seed Evgeny Donskoy in the final of the USD 50,000 KPIT-MSLTA Challenger.

The women’s overall crown was claimed by Japan’s Yuki Sato.

World Cities Day is observed every year on Oct 31.It is expected to greatly promote the international community’s interest in global urbanisation, push forward cooperation among countries in meeting opportunities and challenges in urbanisation and contribute to urban sustainable development.

Theme : “To promotes togetherness and harmony, making our cities and neighbourhoods inclusive and livable” .