BRICS nations have agreed for co-investment of resources for supporting multilateral Research and Development (R&D) Projects in mutually agreed areas signed by Union Minister for Science and Technology and Earth Sciences Harsh Vardhan at third meeting of the BRICS Ministers for Science, Technology and Innovation held in Moscow on October 28. 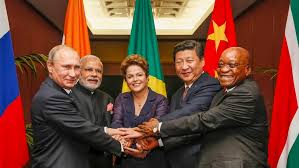 BRICS STI Minister agreed on the collaboration for