The Union Ministry of Women and Child Development has launched a new initiative to spread awareness about the Beti Bachao Beti Padhao (BBBP-Save the girl child, Educate the girl child) Scheme of the Ministry.

There has been a steady decline in the Child Sex Ratio (CSR) across India, with 918 females born per 1000 males as per the Census of 2011.

The Madhya Pradesh government has decided to provide 33 percent reservation to women in government jobs.

In this regard, permission would be sought from the Election Commission as by-polls are slated to be held in two places in the state next month.

Nepal has signed a Memorandum of Understanding (MoU) with China to import all kinds of fuel in order to ease fuel crisis in the country.

This is the first time that China is commercially supplying petroleum to Nepal and already had agreed to donate 1.3 million litres of petrol.

Archaeologists unearthed a 3,500-year-old unlooted grave of a warrior in Peloponnese peninsula in the most impressive discovery of prehistoric funerary wealth in Greece in the past 65 years.

India’s EXIM bank announced that it will set up in Africa a development firm KPDC(Kukuza Project Development Company), in collaboration with others, to expedite the infrastructure project from the concept stage to the commissioning stage in the African continent.

Exim Bank’s proposal comes on the occasion of third India- Africa Summit(held in New Delhi, India). The company will be in service from first quarter of 2016. Other investors in the company are the IL&FS Group, the African Development Bank and the State Bank of India. 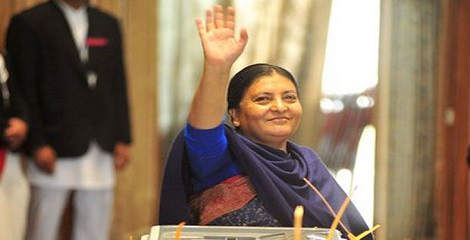 Ms Bidhya Devi Bhandari, who is serving as the vice-chair of the ruling Communist Party of Nepal (Unified Marxist Leninist), defeated Kul Bahadur Gurung of the Nepali Congress by securing 327 to 214 votes. With this she become the first female President of Nepal.

Ms. Bhandari is Nepal’s second President since the nation was turned into a republic. The first President was Ram Baran Yadav who was elected in 2008.

Paul Ryan elected as the new Speaker of US House

Paul Ryan elected as the 62nd speaker of the US House of Representatives which is identical to Lok Sabha of the Indian Parliament with 236 votes by defeating Florida Congressman Daniel Webster. He will succeed his challenger John Boehner of Ohio.

Who is Paul Ryan?

Ryan, 45, former vice presidential candidate and Wisconsin(United States) Congressman and was first elected to the US House of Representatives in 1999. He has been in the Congress for 17 years now, during which he has held several top positions in the Congress. In 2008 he voted in favor of the India US Civil Nuclear deal. He visited India in 2006 as part of a Congressional delegation led by the then Speaker of House of Representative.

SBI Capital Markets Limited (SBICAP) is headquartered in Mumbai, is a wholly owned subsidiary and investment Banking wing of SBI. SBICAP has 8 offices (6 Regional Offices and 2 Branch Offices) across India and a subsidiary in London, SBICAP (UK) LTD. 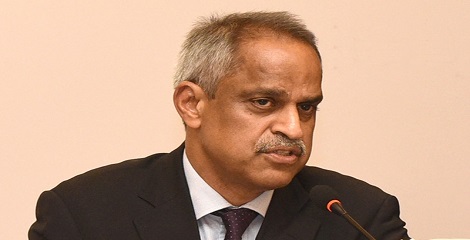 Senior Indian Revenue Service officer Najib Shah appoineted as Chairman, Central Board of Excise and Customs(CBEC). He was acting Chairman of the CBEC after Kaushal Srivastava retired.

Shah, a 1979 batch officer of Indian Revenue Service (Customs and Central Excise), has been working as Member in the board was also Director General of Directorate of Revenue Intelligence (DRI). Presently, Shah’s wife Neerja, VS Krishnan, Vanaja N Sarna, Ram Tirath and Ananya Ray are working as other members of CBEC.

It is a part of the Department of Revenue under the Ministry of Finance, Government of India and handles the tasks of formulation of policy pertaining to levy and collection of Customs & Central Excise duties and Service Tax, prevention of smuggling and administration of matters relating to Customs, Central Excise, Service Tax and Narcotics to the extent under CBEC’s purview.

As per the order issued by Department of Personnel and Training (DoPT), Alok Shekhar (Senior IAS officer of Punjab cadre)  has been appointed as India’s representative in the Council of International Civil Aviation Organisation(United Nations body) for three years. He will replace Prashant Narain Sukul, a 1992 batch officer of Indian Defence Accounts Service.

The council consists of 36 states and the members are selected under three headings:

Russia is planning to launch its first manned lunar mission by 2029, Vladimir Solntsev, head of Roscomsos(The Russian Federal Space Agency) Energia consortium, announced. It would build a spacecraft, specifically for lunar missions. So far, only NASA has been able to send a manned mission to the moon when it sent astronauts Neil Armstrong, Edwin Aldrin and Michael Collins aboard the Apollo 11 space shuttle in 1969. However, the first man-made object to reach the moon was sent by the Russians ten years prior to the Apollo landing. Academy Award-winning sound engineer Robert Alan (Bob) Minkler,78, died of respiratory failure at home in Oregon with his wife, Patty, at his side. Bob won his Oscar for Best Sound on George Lucas iconic sci-fi movie “Star Wars” in 1978 and worked on more than 50 films also won BAFTA award for best sound.

In his 20 years’ hollywood career, he worked on many movies for which he was Oscar-nominated along with his brother Lee Minkler and his nephew, three-time Oscar winner Michael Minkler. These movies are The Black Stallion, Easy Rider, Bull Durham, Mask, Urban Cowboy, Rocky II, Hair and Tron.

British actor and Tommy Hilfiger model Sam Sarpong, 40, has died of an apparent suicide. The TV presenter, who co-hosted MTV’s Yo Momma show alongside Wilmer Valderrama, toppled from the Colorado Street bridge in Pasadena, Los Angeles.