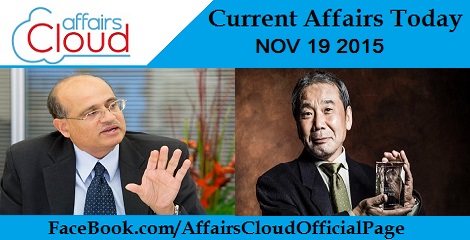 Tripartite Agreement of IBSA on the Alleviation of Poverty

The Union Cabinet chaired by the Prime Minister Shri Narendra Modi has approved the signing of the Tripartite Agreement among India, Brazil and South Africa (IBSA), on the IBSA Fund for the Alleviation of Poverty and Hunger.

Cabinet Committee on Economic Affairs has given its nod for second extension to the Indian Development and Economic Assistance Scheme (IDEAS) for Lines of Credit (LOC) to African and other developing countries for another five years i.e. from 2015-16 to 2019-20 of US $ 589.34 mn.

Delhi will host the first International Qawwali Festival 2015. This was announced during the performance by Qawwali singers from India and Pakistan at India Islamic Centre providing a glimpse of the festival.

Prime Minister Narendra Modi has approved the proposal of the Department of Health Research in the Ministry of Health and Family Welfare for setting up of a National Resource Facility for Bio-medical Research (NARF) by the Indian Council for Medical Research (ICMR).
Location : Genome Valley in Hyderabad
Project cost : Rs. 338.58 crores(102.69 acres)

MoU between India and Germany on Security Cooperation

Prime Minister Shri Narendra Modi has given its ex post facto approval for the Memorandum of Understanding (MoU) between India and Germany on Security Cooperation.

Prime Minister Narendra Modi has given its approval for signing of revised Air Services Agreement between India and New Zealand.

Afghanistan to collaborate with India for Skill Development

23rd Asia-Pacific Economic Cooperation (APEC) was held in Manila, Philippines. It marks the second time the Philippines is playing host to the APEC, first hosted in 1996 in Subic, Zambales.

2 Indian-Americans among Forbes Richest Entrepreneurs Under 40

Two Indian-origin businessmen have been ranked by Forbes magazine among the richest entrepreneurs in America under the age of 40.

Both Countries has agreed to

The government extended the currency swap facility for SAARC members, under which the RBI offers the facility of varying sizes not exceeding $2 billion in total.

Under the facility, RBI offers swaps of varying sizes to each SAARC member country (Afghanistan, Bangladesh, Bhutan, Maldives, Nepal, Pakistan and Sri Lanka) depending on their two months import requirement and not exceeding USD 2 billion in total, in US dollar, Euro or domestic currency.

Cabinet Committee on Economic Affairs approved a 10% disinvestment in Coal India, the third government stake sale in the company’s history. The government is expected to get around Rs.20,000 crore from the disinvestment said by Coal and Power Minister Piyush Goyal.

Intel India announced the launch of ‘Ek Kadam Unnati Ki Aur’, an initiative aimed at working with the government to create the blueprint for the digitisation of rural India.

Aim : To create the framework for the Telangana Model Digital Village.

T. S. Thakur sworn in as the 43rd Chief Justice of India

President of India, Shri Pranab Mukherjee has appointed Justice Tirath Singh Thakur, Judge of Supreme Court to be the 43rd Chief Justice of India with effect from 3rd December, 2015 while exercising his powers conferred by clause (2) of article 124 of the Constitution of India.

Prithvi Raj Singh of Jal Bhagirathi Foundation elected to Board of Governors of World Water Council (WWC) for 2016-18. The elections took place during the triennial 7th General Assembly of WWC Members in Marseille, France.

Senior diplomat Vijay Keshav Gokhale, has been appointed as the Ambassador to China to replace Ashok Kantha. 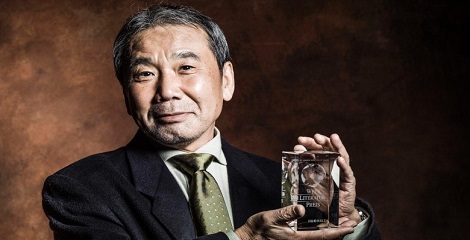 World Toilet Day (WTD) is a campaign to motivate and mobilize millions around the world on issues of sanitation and is observed on November 19 annually.

How event is celebrated
People are encouraged to take action and help promote the idea that more needs to be done. They can host an exhibition, write a toilet song, host a dinner or draw a cartoon.