The Union Cabinet chaired by the Prime Minister Shri Narendra Modi has approved the signing of the Tripartite Agreement among India, Brazil and South Africa (IBSA), on the IBSA Fund for the Alleviation of Poverty and Hunger. 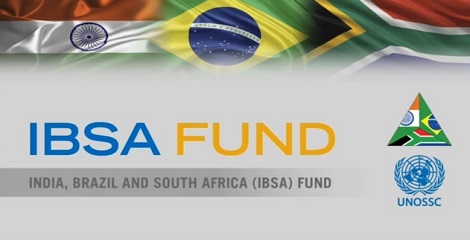 About IBSA fund
The IBSA Fund for the Alleviation of Poverty and Hunger was established in 2004 and operationalized in 2006. The IBSA Fund undertakes development projects in third countries.

Contribution of IBSA countries
The IBSA countries contribute US$ 1 million each annually to the fund, which till January 2015 has accumulated to US$ 28.2 million.

About IBSA Dialogue Forum
It was in June 2003 through “Brasilia Declaration” signed by foreign ministers of India, Brazil and South Africa. The forum aims to promote South-South cooperation and build consensus on issues of international importance