Punjab Govt’s newly notified cashless health insurance scheme has been made mandatory for all govt employees and pensioners.

As per the Punjab Government employees and Pensioner Health Insurance Scheme (PGIPHIS), all the employees would get the annual cashless insurance facility up to Rs 3 lakh from January 1, 2016.

Based on the outcome of the AIIMS outlet, this initiative will be taken to other central government hospitals and Regional Cancer Centres.

Researchers from Norfolk-based University of East Anglia (UEA) led a study that people’s honesty varies significantly between countries under which people rate India among the least honest countries along with China, Japan and South Korea.

India’s budget carrier SpiceJet has appointed Vinay Nambiar as Country Head UAE, as part of its efforts to focus on international markets. Vinay joins the airline from Arik Air in Nigeria, where he held the position of Vice President for the UAE & Gulf Region.

Nokia appointed Sandeep Girotra Head of India as part of the planned combination of Nokia and Alcatel-Lucent.

Syed Akbaruddin is India’s next Permanent Representative to UN

Senior diplomat and former high-profile spokesperson of the External Affairs Ministry Syed Akbaruddin has been appointed as India’s Permanent Representative to the United Nations. He will succeed Asoke Mukerji.

MoU :
To manufacture Cerebra branded storage servers and other storage products to serve the India, UAE and Middle East and North Africa(MENA) regions.

Talwalkars Better Value Fitness Ltd (TBVF) one of India’s largest fitness chains has entered into an agreement to acquire strategic stake in Inshape Health and Fitnez Private Ltd (IHPL), a health and fitness center having operations in Chennai.

About Talwalkars :
Talwalkars Better Value Fitness Ltd, popularly known as Talwalkars, is India’s largest chain of health clubs. It has 152 Health Clubs across 80 cities in India on a consolidated basis, with over 200,000 member.

Australian fast bowler Mitchell Starc just bowled a fascinating spell of fast bowling and delivered one of the fastest deliveries in International cricket. The left-arm pacer clocked a speed of 160.4 kmph while bowling to New Zealand skipper Brendon McCullum.

Manipur to get exclusive Sports University

Manipur is all set to get an exclusive Sports University. The land transfer formalities are nearly complete and shortly the foundation stone will be laid for construction of the multi-crore university campus. 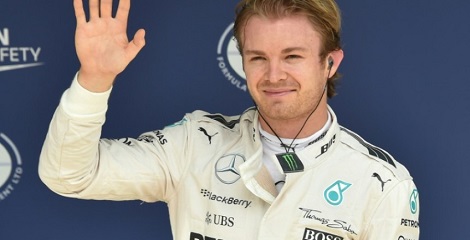 Kamala Laxman, a noted writer of children’s books and wife of iconic cartoonist and creator of the Common Man R.K. Laxman, passed away. She was 88.

The International Day for Tolerance is an annual observance declared by UNESCO  to generate public awareness of the dangers of intolerance. It is observed on 16 November.

National Press Day observed November 16 every year  on the subject ‘Transparency in Public Affairs: The role of the Press‘ will be held at various levels in the Centre, States and UTs.