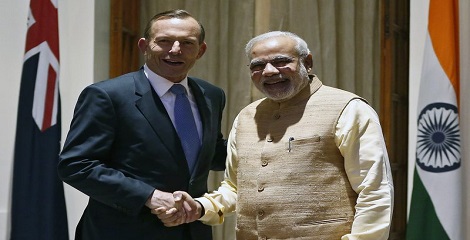 About N-deal agreement
The nuclear cooperation agreement between India and Australia was signed in September 2014 after the two nations agreed on a safeguards pact to sell uranium for peaceful power generation.