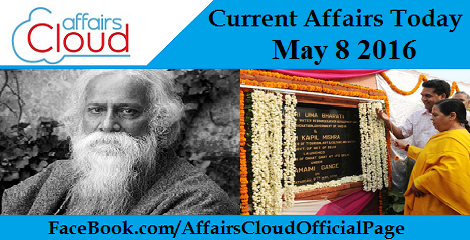 India’s single emergency number ‘112’ to be active from Jan 1
Service: The single emergency number ‘112’ will be functioning throughout India from January 1, 2017
Purpose: To help people reach immediate services of police, ambulance and fire department.
i. Telecom Minister Ravi Shankar Prasad has approved the provision of a single number for various emergency services.
ii. It is similiar to ‘911’ all-in one emergency service being used in the US.
Other Important Specifications:
iii. The service will also be accessible even through those SIMs and landlines whose outgoing call facility has been temporarily suspended.

Manamadurai-Rameswaram rail track to become first green corridor
Steps taken: To make rail tracks discharge free zones
Train route: Nearly 114 km route between Rameswaram and Manamadurai in Tamil Nadu by the end of this month.
i. It forecast all trains passing on that particular route would have bio­ toilets which eliminate open discharge of waste on the tracks.
ii. There are about 14 stations between Rameswaram and Manamadurai.

Railways launch Bharat Darshan Tourist train for pilgrims
i. Union Railways Ministry has launched the Bharat Darshan Tourist train for pilgrims to visit and bookings are being done by IRCTC and it has firmed up a budget-friendly packages.
ii. The visiting spot includes Shirdi, Tirupati, Jagannath Puri, Gangasagar, Baidyanath Dham and Jyotirlingams among others.
iii. The package includes train journey, road transportation, accommodation, sightseeing at tourist locations and on-board and off-board meals.
iv. A person has to pay Rs 830 per day under this package to selected destinations in the east or south of the country or packages that cover major religious sites.
IRCTC:
♦ IRCTC Won Website of the Year Award for 2015.
♦ The portal with Indian e-Retail Awards 2015, in the category Leisure and Travel eRetailer of the Year. ii. The money will be utilised to clean up the stretch of Yamuna from Wazirabad to Okhla. Delhi’s Tourism Minister Kapil Mishra was also present at the launch in New Delhi.
iii. These floating trash skimmers is to be used for cleaning the river of all kinds of floating materials like plastic bags, bottles, cans, food packets, coconuts among others, dumped into the river by humans.

55,669 villages to have mobile connectivity by 2019
i. Union Government mulling to provide mobile connectivity in 55,669 villages by 2019 in a phased manner.
ii. Centre also would commission a project to connect 8,621villages in the north-eastern region by installing 321 mobile tower sites at an estimated cost of Rs 5,336.18 crore has already been approved by 2017.
iii. To connect rural India through high-speed broadband it has completed laying of optic fiber in 48,199 gram Panchayats as on 2016.
iv. The government has taken up the BharatNet project to connect all 2.50 lakh gram Panchayats, which have over 600million people in rural areas.

Gujarat Government accords minority status to Jain community
i. Gujarat government announced a government resolution (GR) granting minority status to the Jain community. The decision has nothing to do with reservation.
ii. The grant will benefit the poor among the Jain community as they can avail of various scholarships, government welfare schemes as per Article 30 of Indian Constitution.
iii. Under this announcement Jain institutions will get special status like those accorded to Christian and Muslim institutions.
iv. Earlier the state government giving 10 per cent reservation to the economically backward class among the upper castes in the face of Patel community’s agitation for OBC quota.
Gujarat:
♦ Capital Gandhinagar
♦ Governor: Om Prakash Kohli
♦ Chief Minister: Anandiben Patel i. The Odisha government signed a MoU with Sulabh International Social Service Organisation (SISSO) for construction and maintenance of hybrid toilet complexes in its nine cities.
ii. The hybrid toilet complexes having 5,957 seats will come up in urban centres such as Bhubaneswar, and other cities which covered under Atal Mission for Rejuvenation and Urban Transformation (AMRUT) yojna.
Hybrid Toilets:
♦ These toilets are unique as they need only 300ml of water to flush out slush as compared to 10 to 15 litres required in a standard loo.
♦ The complexes come up with minimum maintenance cost, also the toilet complex will have energy efficient LED lighting system.

Telangana Government to set up Rs 2.21 crore monkey rescue, rehab centre
i. Chandrashekar Rao led Telangana government to set up a monkey rescue and rehabilitation centre will come up in a large simian population bound Adilabad district of the state.
ii. The rehabilitation centre will be established as a pilot project at Chincholi, Hyderabad. The department of environment and forests issued orders to this effect.
iii. The centre to come up at a cost of Rs.2.21 crore including Rs.1.56 crore as non-recurring expenditure and Rs.65 lakh as recurring cost for the first year.
iv. The state capital Hyderabad is estimated to have population of 2,000 monkeys.

Celebrating 155th birth anniversary: Five day Tagore Festival in Egypt
Purpose : The festival will be held to mark the 155th birth anniversary of poet laureate Rabindranath Tagore.
Function Organiser: The Indian embassy in Cairo & The Maulana Azad Centre for Indian Culture
i. Tagore, who received the Nobel Prize for Literature in 1913, is known to Egypt.
ii. He visited Egypt as an adolescent in 1878 and later as a famous poet-philosopher in 1926 when he met King Fouad. 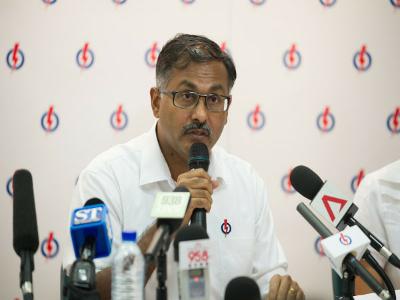 of the parliament after he secured Murali Pillai garnered 61.21 per cent of the vote in the by-election held at suburban Bukit Batok constituency.
ii. Murali Pillai’s counterpart Singapore Democratic Party’s Chee Soon Juan got 38.79% of votes.
iii. The Elections Department released a total of 24,192 votes were cast, including 622 rejected votes, which resulted 94.03 per cent of the 25,727 registered electors.
Singapore:
♦ Singapore has ranked eighth in the latest Corruption Perceptions Index 2015 released by Berlin-based watchdog Transparency International.
♦ In the Asia-Pacific region the country was ranked the second least corrupt nation behind New Zealand.

India ranks ninth in crony-capitalism index
i. India is ranked at ninth position in crony-­capitalism with crony sector wealth accounting for 3.4 per cent of the gross domestic product (GDP).
ii. As per the latest crony-­capitalism index, the non­crony sector wealth amounts to 8.3 per cent of the GDP.
iii. Germany is the cleanest with least number of crony capitalists.
iv. Russia tops the list followed by Malaysia, the Philippines and Singapore.

i. India’s largest urban co-operative bankSaraswat has donated of Rs one crore towards relief work drought conditions in various parts of Maharashtra.
ii. The bank’s Vice Chairman Gautam E Thakur handed over a cheque of Rs 50 lakh to Maharashtra CM Devendra Fadnavis Of the 1 crore handed over another cheque of Rs 50 lakh to NAAM Foundation.
iii. The NAAM Foundation, an NGO started by actors Nana Patekar and Makarand Anaspure, specifically aimed at alleviating the impact of drought.
Drought Hit Maharashtra:
♦ In Maharashtra over 28,000 villages have been hit by drought across 20-22 districts.
♦ Chief Minister: Devendra Fadnavis.
♦ Governor: Vidyasagar Rao

Banks in Telangana to provide Rs 6000 cr loans to poor under Mudra Yojana
i. The banks in Telangana state will provide 6000 crore rupees loans to the poor under Mudra Yojana this year to benefit about 8 lakh people for their small business.
ii. Union Labour Minister Bandaru dattatreya informed this in the held a review meeting with bankers in Hyderabad.
iii. After the review meeting that Agriculture loans to a tune of 40 thousand crore rupees will be disbursed during the current year.
iv. The minister also requested the state government to release the third instalment of farm loan waiver programme in the state.
Telangana:
♦ The state was formed in 2014 with the city ofHyderabad as its capital.
♦ Telangana state has won CNBC-TV18 Promising State of the Year Award for the year of 2015

Snapdeal ties up with UrbanClap to offer personal services on its Android app
i. New Delhi based E-commerce major Snapdeal in collaboration with UrbanClap inventory in its Android mobile application to launch a personal services category to help consumer’s book services ranging from beauty services at home to wedding photographers.
ii. The tie-ups will also help Snapdeal increase the number of transactions on the platform since personal service is a high frequency category. These are service-oriented iniative that won’t take up any extra cost to the major.
iii.Experts saying that e-commerce players are experimenting ways to monetize traffic through fewer cost-intensive models.
Snapdeal:
♦ Founded: 2010
♦ Headquarters: Okhla, New Delhi
♦ CEO: Kunal Bahl.

NASA unveils first global topographic model of Mercury
i. The first global digital elevation model of Mercury has been released by the NASA’s Messenger Mission that provide the detail topography across the entire innermost planet.
ii. The mission used for scientists to fully characterise Mercury’s geologic history in it more than 100,000 images were put to create the new model.
iii. This messenger findings discloses many interesting topographic features, including the highest and lowest points on the planet.
iv. The highest elevation on Mercury is at 4.48 km above Mercury’s average elevation and the lowest elevation, at 5.38 km below Mercury’s average is found on the floor of Rachmaninoff basin on the planet. 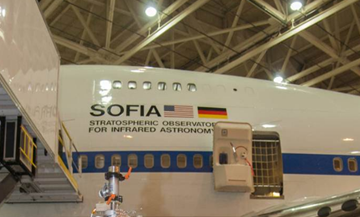 i. These findings were conceivable due to SOFIA’s airborne location that fly’s around 37,000-45,000 feet in Earth’s atmosphere.
ii. These atoms in the Mars were found in the upper layers of the Martian atmosphere known as the mesosphere.
iii. The infrared Astronomy jet called SOFIA is a Boeing 747SP jet adapted to carry a 100-inch diameter telescope. It is a joint mission of NASA and the German Aerospace Centre.

Women wrestlers Vinesh Phogat, Sakshi Malik qualify for Rio Olympics
i. Indian Wrestlers Vinesh Phogat and Sakshi Malik secured berth for Rio Olympics in their respective 48 kg and 58 weight divisions at the second World Olympic Qualifying tournament in Istanbul.
ii. India has now secured six Olympic berths in wrestling after these recent qualifiers make disappear the previous highest tally of five at the Olympics in 2012 in London.
iii. Vinesh and Sakshi’s makes the first time that two female wrestlers from India have qualified for the Olympic Games to be held later this year.