India chases to 41st slot on competitiveness ranking
India rose its and standard and ranked at 41st position on the IMD World Competitiveness Scoreboard, 2016.
Hong Kong takes the place of US by the World’s most competitive economy.
Top places of Countries: Switzerland, Singapore, Sweden, Denmark, Ireland, the Netherlands, Norway and Canada.
Asia’s competitiveness downturn rankings in 2015 with countries like Taiwan, Malaysia, Korea Republic, Indonesia and China. Indradhanush to include four new vaccines for rotavirus, measles rubella, inactivated polio vaccine biavalent and Japanese Encephalitis for adults.
Mission Indradhanush:
ii. The mission depicting the seven colours of the rainbow that provides immunisation coverage against diphtheria, whooping cough, tetanus, polio, tuberculosis, measles and hepatitis B.
iii. The centre is targeting to immunise 90% of infants by 2020 under its ambitious nationwide immunisation drive.

Delhi Government Launches ‘DVAT M SEWA’ Mobile App
i. Delhi Government has launched ‘DVAT M SEWA’ mobile app through which city traders can register themselves with the VAT department of the state government.
ii. ‘DVAT M SEWA’ mobile app is launched in order to boost the tax collection.
iii. This app will ensure VAT registration within 24 hrs of filing request.
iv. With the help of ‘DVAT M SEWA, VAT inspector’s visit at traders’ business premises will not be required instead traders will have to upload a picture of their business premises in the app only.

Indian Railways, PEC sign MoU to set up Kalpana Chawla Chair on geospatial technology
i. The Union Railways Ministry signed a MoU with Chandigarh-based PEC University of Technology to set up Kalpana Chawla Chair on geospatial technology for her contribution to aerospace engineering.
ii. This would develop in-house solutions to problems that are otherwise often outsourced to western countries. The railways to provide a corpus of Rs 10 crore to the University for the Chair.
Kalpana Chawla:
♦ Kalpana Chawla the first woman of Indian origin in space was a student at the PEC University, earlier known as Punjab Engineering College, during 1978-82.
♦ The chair will advise Indian railways on technology-demanding rail projects where use of remote sensing data or global positioning system is required.

Indian economy to grow 7.7% in FY17: FICCI Survey
FICCI’s Economic Outlook survey said growth in 2016-17 is expected to be supported by improvement in agricultural due to good monsoon and industrial sectors.
Forecast by Reserve Bank of India:
♦ Forecasted 7.6 growth for the current fiscal due to favourable monsoon.
♦ The agriculture sector is expected to witness growth of 2.8% in 2016-17, with a range of 1.6% to 3.5%
♦ Industrial growth is expected to grow by 7.1% in 2016-17 and services sector growth is estimated at 9.6%.

Mahindra inks brand licence agreement with Pininfarina
i. Mumbai based Mahindra & Mahindra has signed a brand licence agreement with Italian car designer Pininfarina for using trademarks after closing the deal to acquire 76.06 per cent stake in the company.
ii. The Vehicle major had announced to acquire Turin-based Pininfarina for an overall outgo of over 50 million Euros after months of negotiations last year. The acquisition was passed out through a special purpose vehicle.
Mahindra & Mahindra
♦ Headquarters: Mumbai
♦ CEO: Anand Mahindra. 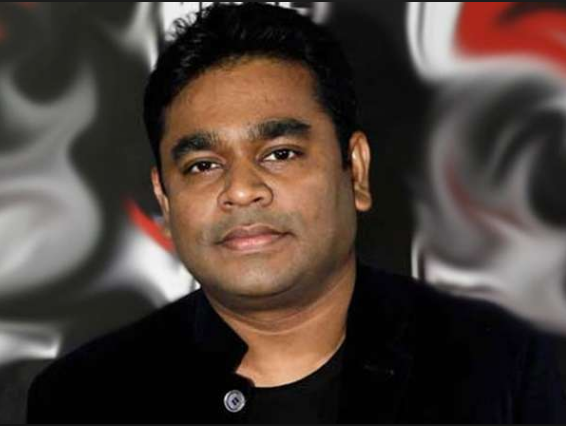 i. Legendary Oscar winning music composer A.R. Rahman was named the recipient of the Fukuoka Prize-2016 of Japan for his outstanding contribution towards creating, preserving and showcasing South Asian traditional fusion music.
ii. The Musician has been invited to the Fukuoka to give a public lecture on From the Heart: The World of A.R Rahman’s Music.
Fukuoka Prize:
The Prize is an award established by Fukuoka, Japan and the Yokatopia Foundation, to honour the outstanding work of individuals or organisations in preserving or creating Asian culture.

Pope Francis Awards Medals to Richard Gere, George Clooney, Salma Hayek
i. Pope Francis awarded medals to American Hollywood actors Richard Gere and George Clooney and actress Salma Hayek at an event held at the Vatican
ii. This award is to promote the work of a foundation inspired by the pontiff, Scholas Occurrentes foundation.
iii. These actors had agreed to be ambassadors for one of the foundation’s arts projects for the foundation named schools that meet in Spanish, links technology with the arts, aiming at social integration and a cultural of peace.

Virat Kohli named T20 Player of the year, Ashwin best bowler at Ceat Award event
The CEAT Cricket Awards 2015-16 was presented with the cream of Indian cricket in attendance in Mumbai. 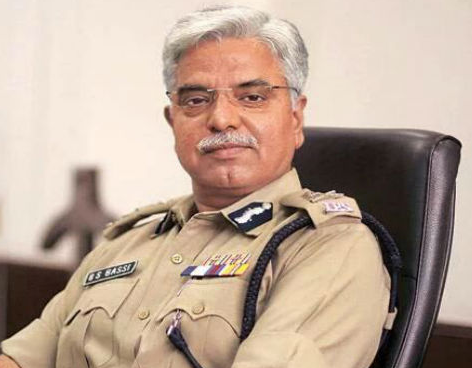 Public Service Commission which is a Constitutional post, with a five year tenure.
ii. Union Public Service Commission has a maximum strength of 10 members besides a chairperson with this appointment the Commission is in its full strength.
BS Bassi
iii. Bassi is a 1977 batch IPS officer Arunachal Pradesh-Goa-Mizoram and Union Territories (AGMUT) cadre who had served the police force for almost 40 years.
iv. Before his stint as the Delhi Police Commissioner, he also served as Inspector General of Police of Chandigarh, Director General of Police of Goa.
UPSC
♦ Inception: 1926
♦ Headquarters‎: New Delhi
♦ Chairperson‎: ‎Deepak Gupta

Admiral Sunil Lanba takes charge as 21st Navy chief
i. Vice Admiral Sunil Lanba assumed charge as the new chief of the Naval Staff as the current CNS Admiral R.K.Dhowan retired after four decade of service.
ii. Lanba will have a full three-year-term in office till May 31, 2019 also he is a qualified specialist in navigation and direction course.
iii. He was commissioned in 1978 into the Executive Branch of Indian Navy his Sea Command includes commanding the minesweeper INS Kakinada, frigate INS Himgiri and executive officer of INS Viraat, the aircraft carrier. 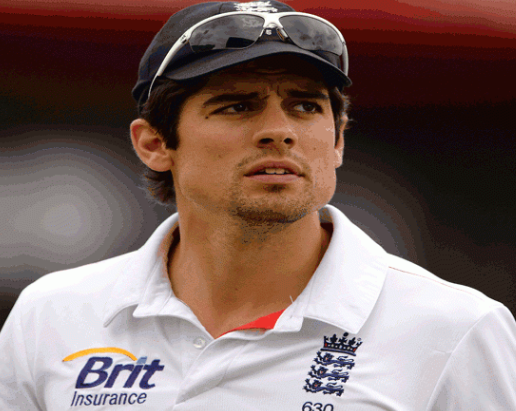 i. England Test captain Alastair Cook, who became the first English batsman to score 10,000 runs in test matches in the ongoing test series against Sri Lanka in his 128th Test.
ii. In the meantime he went past Michael Atherton’s mark of most runs as Test skipper for England
iii. Cook also became the first English batsman and the 12th player from any country to reach the landmark and he also became the youngest at 31 years and 158 days to achieve the feat.
iv. Sachin Tendulkar was 31 years and 326 days old when he reached the landmark in 2005.

Gurpreet Singh Sandhu becomes first Indian to play in top flight European League game
i. Indian national team goalkeeper Gurpreet Singh Sandhu achieved a historic feat by becoming the first Indian to feature in a top-tier league match in Europe, by turning out for Norwegian side Stabaek FC.
ii. The former East Bengal hailed Sandhu, who signed for Stabaek FC in 2014. He had already represented India at the U-19 and U-23 levels in the last few years has displaced Subrata Paul as India’s number one.
iii. Sandhu was put in the 2011 Asia Cup squad, made his debut for the Indian national team against Turkmenistan in 2013. passed away after he suffered from heart failure at Mysuru. He was 101.
ii. Gowda served as the Vice-Chancellor of Mysore University from 1969 to 1975. He was also awarded with the Pampa Prishathi in 1998 and the Guru Award in 2003.
iii. The Karnataka government had honoured him with the Karnataka Ratna and the Nadoja title  in recognition of his contribution to literature.

BJP leader and former MP Rudra Madhab Ray passes away
i. Former Lok Sabha MP and senior BJP leader Rudra Madhab Ray passed away after prolonged illness in Bhubaneswar. He was 79.
ii. Ray was a member of the Indian Parliament, and represented Kandhamal Lok Sabha Constituency for BJD ticket in 2009. He was suspended from Biju Janata Dal in 2014. Later Shri. Ray had joined the Bharatiya Janata Party.

World No Tobacco Day – May 31
i. WHO-sponsored World No Tobacco Day is observed every year on May 31 to encourage a 24-hour period of abstinence from all forms of tobacco consumption.
ii.The theme of this year is Get ready for plain packaging – that high spot this new trend in global efforts to curb tobacco products, which kill almost 6 million people annually.
Plain Packaging:
♦ This method of packaging reduces the attractiveness and increases the effectiveness of health warnings of tobacco products.
Assam bans smoking in public transport vehicles:
♦ The newly elected BJP led Assam government banned smoking in all public transport vehicles with immediate effect to ensure clean environment and better air quality for public health.
♦ The government order seeks No Smoking stickers that must be displayed prominently inside all public transport vehicles.