Lakshadweep became first Union Territory (UT) to sign “24×7 Power for All” document
i. The Union territory Lakshadweep became first to ink 24×7 Power for All document which aims to provide each household access to electricity by 2019.
ii. Indian representative and the Administration of Lakshadweep signed the document in presence of Power Ministry Secretary P.K. Pujari.
iii. The document marks out a plan to increase solar capacity of the region from 2.15 MW to 8.45 MW. At present, 10 inhabited islands of Lakshadweep are being fed by diesel mostly.
iv. It also envisions mitigation of AT & C losses from current level of 21% to 6.7% till 2019 by increasing the collection efficiency up to 99 %.
v. Under UJALA programme 1 lakh LED bulbs will be circulated through Energy Efficiency Services Limited (EESL) and Incandescent lamps/CFL bulbs will be replaced with LED bulbs.

Retirement Age for Government Doctors Will be 65, Says PM Modi
i. Prime Minister Narendra Modi announced raising of retirement of government doctors age to 65 years will be increased from the current 62 to 65 at a rally in Uttar Pradesh’s Saharanpur district.
ii. The PM observed that there is a need for more doctors across India but it was not possible to fill the gap in two years of his government.
iii. The decision will have ambit of all government doctors whether serving under states or the central dispensation. The cabinet will give its nod in a week time.

RTI gets a memorial in Rajasthan 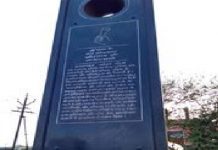 i. A distinctive memorial celebrating the Right to Information has come up at Beawar in Rajasthan, where the RTI movement had started 20 years ago. Former Chief Justice of Sikkim High Court Bhargava unveiled the memorial, dedicated it to the people.
ii. Hundreds of people thronged at Chang Gate in Beawar town to venerate the historic 40-day dharna of 1996 for RTI, witnessed unveiling of the aesthetically-built memorial and demanded restoration of chapters dealing with common people’s contribution to RTI in the textbooks.
iii. The iconic movement enforced the state government to pass the State RTI Act in 2000, after which Parliament enacted the RTI Act in 2005.

India, Aus sign MoU to enhance R&D capabilities in biotech
i. Science and Technology Ministry signed a MoU with Horticulture Innovation Australia to stimulate and enhance the strategic research and innovation capabilities of the Indian biotech industry Council- BIRAC which is a PSU.
ii. The MoU also for launching a joint funding call to undertake horticultural research in order to develop and deploy modern tools of plant biotechnology to improve crop productivity.
iii. The MoU aims to create a supportive innovation ecosystem for researchers to undertake high-level research and promote horticulture techniques.
iv. The funding commitment from Biotechnology Industry Research Assistance Council’s and Horticulture Innovation is up to 6 million Australian dollars over a period of three years.

President Pranab Mukherjee visited China from May 24 – 27
Indian President Pranab Mukherjee visited China from May 24 to 27 to hold negotiation with Top Chinese leadership and announced first trip to China by an Indian Head of state in Six Years
i. Arrived in Beijing on May 25 and attended the reception hosted by the Chinese People’s Friendship Association for Foreign Countries (CPAFFC).
ii. India, China agree to advance ongoing boundary negotiations
Purpose:
♦ Emphasise the relationship forward by expanding areas of Convergence and Managing areas of difference
♦ To expand India’s Civilian nuclear programme
♦ Xiao Qian, Director-General of Asian region in China’s ministry of foreign affairs, agreed to strengthen cooperation in the peaceful uses of nuclear energy

42nd G7 summit held in Japan
President Barack Obama arrived in Hiroshima for historic first visit made by a sitting US president
i.United States President Barack Obama visited Hiroshima which was the first to be exploded with an Atom Bomb
ii. Venue and Date:Hiroshima, Japan
iii. Held in 26th and 27th May 2016
iv.42nd G7 summit:
Participated in a ceremony with several atomic bomb survivors
Attended the two day summit of G7 leaders held at the Ise Shima National Park

IAF Participation in Ex Desert Eagle – II at UAE
i. Indian Air Force and United Arab Emirates (UAE) went into a bilateral exercise of Second Edition named Eagle-II which is underway at Al-Dhafra Air Base in UAE from 24 May 16 to 03 Jun 16.
ii. Indian Air Force’s Su-30 MkI and Mirage 2000-9, F-16 of UAE Air Force are taking part in the air combat exercise under multiple simulated scenarios.
iii. These exercises will provide exposure towards mission planning and execution in a simulated high threat combat environment besides building up crew confidence and bonhomie with both the sides.

China sign two agreements with Sudan to build nuclear reactor
i. China has signed two agreements with African nation Sudan to build 600-megawatt atomic reactor, this is the first such project in the African country.
ii. Two framework deals have been signed by state-owned China National Nuclear Corp (CNNC) with Sudan on nuclear power development, including building a 600-megawatt atomic reactor.
iii. The ink by the China will pave the way for nuclear power development and building the first nuclear power station in the country in the next decade.
Sudan:
♦ Capital: Khartoum
♦ Currency: Sudanese pound

India’s growth to rise to 8 percent in FY2019: Fitch
US based Fitch Ratings Inc  has said India’s economic growth will accelerate to 8 percent by 2018-19 fiscal as gradual implementation of structural reforms will contribute to higher growth.

♦ The company in its latest Global Economic outlook forecasts India’s real GDP growth to rise to 8 percent by 2018-19, from 7.9 percent in 2017-18 and 7.7 percent in 2016-17. However it is estimated to have grown by 7.6 percent in 2015-16.
Reasons cited for Growth:
i. Steady implementation of the structural reforms that remains to broaden, is expected to contribute to higher growth.
ii. The company observed that reforms related to land acquisition and a Goods and Services Tax have not passed thus far.
iii. The RBI’s policy rate cuts of 1.50 percent in total since the beginning of last year are likely to feed through to higher GDP growth.

Telangana survey enters Limca Book
i. Telangana government’s the  house-to-house survey carried out in August 2014 in a single day with a marathon function of gathering entire information of people enters into the history of Limca Book of Record.
ii. The survey involved 4 lakh government employees who covered over 1.09 crore households in a single day, between 7am and 8pm.
iii. The survey was carried out to ascertain the social and economic status of citizens to identify the real beneficiaries of the government welfare schemes.
Telangana:
♦ Capital: Hyderabad
♦ Governor: E. S. L. Narasimhan
♦ Chief Minister: Kalvakuntla Chandrashekar Rao
♦ The state was formed as 29th state in India in June 2014 was carved out from Andhra Pradesh. 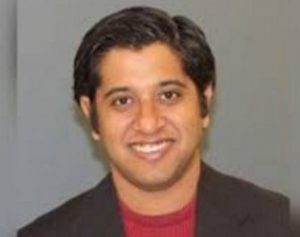 i.  An Indian-American scientist Arnab De’has awarded with the prestigious Springer Theses Award for his outstanding research in which he developed transgenic mice to study a critical tumour-suppressor called A20.
ii. Arnab has also developed peptide-based prodrugs as therapeutics for diabetes, had received the Young Investigator Award at the American Peptide Symposium.
iii. For this thesis prize is awarded by Springer he was nominated by New York’s Columbia University also the winners also get a cash prize of 500 euros.
iv. Globally top-ranked research institutes select their best thesis annually for publication in the book series: Springer Theses: Recognising Outstanding PhD research.

Choudhury sworn in as pro-tem Speaker of Assam Assembly
i. Seventh time MLA Phani Bhusan Choudhury took oath as the pro tem Speaker of the 14th Assam Legislative Assembly. This appointment is valid until a Speaker and a Deputy Speaker were elected by the House.
ii. Assam Governor PB Acharya administered the oath of office and secrecy to Choudhury in presence of Chief Minister Sarbananda Sonowal at a function held in Guwahati.
iii. Choudhury is an AGP MLA. BJP-led alliance of AGP and Bodoland People’s Front had won in the recent election held this month.
Assam:
♦ Capital: Dispur
♦ Governor Padmanabha Balakrishna Acharya
♦ Chief Minister Sarbananda Sonowal. 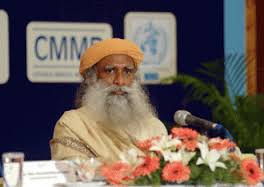 i. Isha Foundation founder Sadhguru Jaggi Vasudev to lead a yoga session at the UN on the occasion of the second International Yoga Day to be commemorated next month.
ii. The International Yoga Day this year will be commemorated on June 21 with the theme of Yoga for the Sustainable Development Goals.
iii. The first Yoga Day was commemorated at the UN with aplomb last year, with External Affairs Minister Sushma Swaraj leading the celebrations.
iv. UN Secretary General Ban ki moon and his wife had joined hundreds of students and yoga practitioners to carry out asanas and mediate during the event.

Portal launched to promote Net Zero Energy Buildings
i. Indian Power Ministry and the United States Agency for International Development (USAID) launched India’s first integrated web portal designed to promote and mainstream Net Zero Energy Buildings (NZEB) in India.
ii. The portal (www.nzeb.in) was launched by Secretary of Union Ministry of Power Pradeep Kumar Pujari and Ambassador Mr Jonathan Addleton, USAID Mission Director to India.     iii.This portal make available range of information about Net Zero Energy Buildings – those that make as much energy as they consume – as well as how to attain near-zero energy status through the use of efficient lighting and equipment, integration of renewable energy technologies, and best practice design strategies.
iv. This portal is first of its kind, which will deliver a wealth of information for policymakers, developers, architects, engineers, sustainability consultants, and academia to leapfrog towards energy efficiency standards and practices. 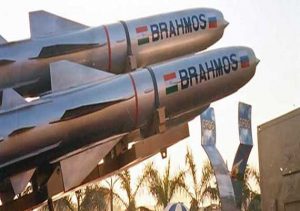 i. Indian Air Force successfully tested  BrahMos land-attack supersonic cruise missile system at Pokaran.
ii. It is an advanced version of world’s fastest anti-ship cruise missile developed jointly by India and Russia.
iii. The missile targets like radars, communication systems near the borders so that their planes are not targeted by the enemy that can be launched from submarines, ships, aircraft or land.
iv. The name comes by forming the names of two rivers, the Brahmaputra of India and the Moskva of Russia.
The BrahMos Missile:
♦ Missile Range-290 km,
♦ Maximum velocity –3 Mach and cruises
♦ Altitudes varying from 10 meters to 15 km.
♦ It is also capable of being launched from submarine from a depth of 40-50 metres.

India and Russia have agreed in principle to export BrahMos, the world’s fastest anti-ship cruise missile, to the UAE, Vietnam, South Africa and Chile. Discussions with other countries including Philippines, South Korea and Greece are also underway.

Suspended Sharapova named on Russian Olympic team
i. Russian tennis federation has named Tennis superstar Maria Sharapova in its tennis team for the upcoming Rio Olympics 2016 to be held later this year. She is one of four Russian players named to compete at the Olympics.
ii. Sharapova, who won silver at the 2012 London Olympics. She was named along with Svetlana Kuznetsova, Anastasia Pavlyuchenkova and Ekaterina Makarova to compete in the singles event.
iii. The Five-time Grand Slam tennis champion tested positive for meldonium. Soon after She was provisionally suspended March this year.
Russia:
♦ Capital: Moscow
♦ Currency: Russian ruble
♦ President: Vladimir Putin
♦ Prime minister: Dmitry Medvedev