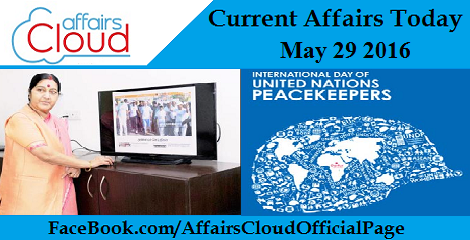 Government cancelled all defence tenders bagged by Finmeccanica
The Union government has decided to cancel all ongoing tenders for defence equipment won by Italy’s Finmeccanica.
Reason: Firm is being investigated for bribery in the Agusta Westland VVIP chopper deal.
Announced by: Defence Minister Manohar Parikkar.

NGT imposes Rs.50 lakh fine on East Coast Railway
i. The National Green Tribunal (NGT) has imposed a fine of `50 lakh on East Coast Railway  for operating a illegal railway siding without consent of the Odisha State Pollution Control Board (OSPCB) at Jakhapura railway station near Kalinganagar in Odisha’s Jajpur district.
ii. The Kolkata bench of NGT that was hearing the case asked the railway board to deposit the fine amount at the Jajpur Collectorate within 2 months as environmental compensation for five years for operation of the railway siding.
iii. The NGT has asked the Jajpur Collector to make use of 25 lakh for infra development of Primary Health Centre at Jakhapura and remaining amount will be for improving environment in and around railway siding the court directed. malnutrition in Dangs district of the state.
ii. She flagged off two campaigns to provide iron-rich supplementary food children and women, whether they live in towns or remote forested areas,
iii. The campaigns namely,
♦ Bal Amritam,
♦ Mission Shakti.
iv. She urged the people to take a pledge to work to conveying down the infant and maternity mortality rates in this tribal-dominated district to the state’s average.
Gujarat:
♦ Capital: Gandhinagar
♦ Governor: Om Prakash Kohli
♦ Chief Minister: Anandiben Patel

PM to inaugurate Ujjwala Yojana in Davangere district of Karnataka
i. Prime Minister Narendra Modi to inaugurate the Ujjwala Yojana of the Union government during his  visit Davangere district of Karnataka.
ii. The Ujjwala Scheme was launched by centre this month to provide LPG connections without security deposit to 5 crore women from BPL households over the next three years.
Pradhan Mantri Ujjwala Yojana:
♦ Under this flagship move Rs. 8,000 crore has been earmarked for providing 5 crore LPG connections to BPL households
♦ The scheme offers a financial support of Rs. 1,600 for each LPG connection to the BPL households. The credentials of eligible BPL families will be made in discussion with the State Governments and the Union Territories. 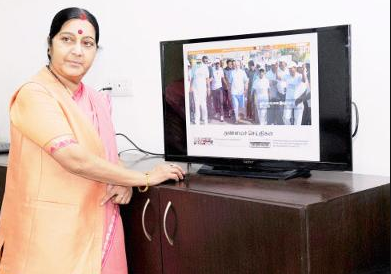 The six regional language websites can be accessed at the following links:

Know your PMO Office:
The PMO is headed by Nripendra Misra (Principal Secretary)

First Time in History, Polls Cancelled On 2 Tamil Nadu Assembly Seats
i. The Election Commission of India has decided to call off the elections to the two Tamil Nadu constituencies such as Thanjavur and Aravakurichi that was postponed ahead of the May 16 polls in Tamil Nadu. This move is first in India’s electoral history.
ii. The pronouncement comes after ECI’s found malpractices through large scale distribution of money and gifts to electors by the candidates and political parties.
iii. The Commission gone with such the decision later considering reports of observers, special teams of central observers, report of the special team of observers to the two constituencies.

World Steel Association reported that India among top 10 steel importers in 2015
According to the data released by the Global Industry body World Steel Association, India become the world’s third largest steel producer, was among the top 10 importers of the alloy in 2015.
♦ India imported more than China in 2015 while India exported 6 mt of steel in 2015 which was fraction of China Exported during the year at 111.6 mt
♦ Steel demand will increase by 5.4 per cent in 2016 and 2017 reaching 88.3 mt in 2017.

President Pranab Mukherjee Presents Malti Gyan Peeth Puraskars
i. The President Pranab Mukherjee presented the Malti Gyan Peeth Puraskars for the year 2016 at a function held at Rashtrapati Bhavan New Delhi.
Malti Gyan Peeth Puraskars:
♦ It was instituted by Mohinder Singh Syngle Education & Research Society in honour of its founder Malti Mohinder Singh Syngle, eminent educationist.
♦ The award presented annually since 2013 to Government school teachers from Punjab Government’s High & Higher Secondary Schools receive this award for their contributions in the field of education.
♦ This award carries one lakh cash prize, certificate of excellence, a robe of honour and a medal. 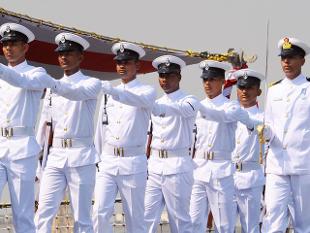 the Kochi based Southern Naval Command from Vice Admiral Girish Luthra.
ii. He is currently the Chief of Personnel at Integrated Head Quarters, Ministry of Defence (Navy), Delhi.
Earlier he was awarded the Ati Vishisht Seva Medal in 2013 for his distinguished service.
AR Karve:
♦ The Flag Officer is a native of Maharashtra has commanded aircraft carrier INS Viraat and guided missile destroyer INS Ranvijay.
♦ He is graduate of Defence Services Staff College at Wellington, Ooty, He is also a post graduate in National Security and Strategy from the National Defence University, Washington. 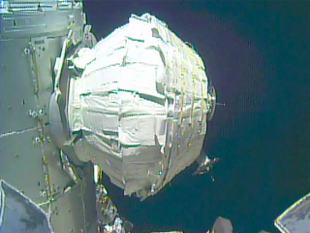 i. US space agency NASA has successfully deployed the first trial inflatable room attached to the International Space Station to take up less room on a spacecraft, but provide greater volume for astronauts.
ii. The Bigelow Expandable Activity Module (BEAM) was built by Las Vegas-based Bigelow Aerospace under a $17 million contract.
iii. The module weighs whooping 1,400 kg and 1.5 metres in length to reach 1.7 metres beyond its packed configuration and an internal diameter of 3.2 metres also Internal air tanks provided the final pressurization to complete the job.

Discus thrower Seema Punia qualifies for Rio Olympics
i. Haryana hailed discus thrower Seema Punia has qualified for the Rio Olympic Games with a 62.62 m feet at the Pat Young’s Throwers Classic 2016 at Salinas in the California, United States.
ii. With this she is the 19th Indian track and field athlete to have qualified for Rio Olympics.
iii. The Haryana-based athlete had also won a silver in the 2014 Glasgow CWG Commonwealth Games with an effort of 61.61m.
iv. she won the silver medal at the Commonwealth Games and a gold at the Asian Games in 2014.