Prime Minister and Railway Minister flagged off passenger train services to Mizoram and Manipur on the newly-laid broad gauge line and Kamakhya -Vaishno Devi Katra weekly train which was announced during Railway Budget 2014-15. 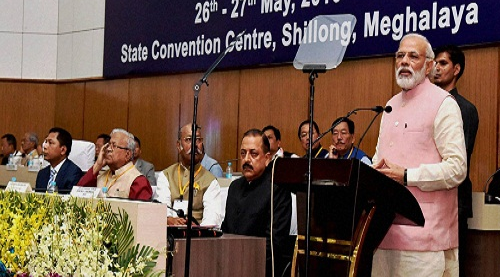 The 437-km Lumding-Silchar and Badarpur-Agartala gauge conversion works were sanctioned in 1996 and completed in 2016.

Held during June in Agartala