Bengaluru Tops The Chart Of Online Learning In India: Coursera business standard
Open online education provider Coursera revealed How the World Learns: Spotlight on the India – info graphic highlighting data on online learners in India as the trend of e-learning becomes more widely adopted in India.
Facts in the Findings:
i. Top Countries:India is the third largest online market with 1.3 million learners Out of Coursera’s 18 million registered learners, while the list is topped by the US followed by China.
ii. Top Cities: Bengaluru emerged as the top city in India for online learning with the highest number of registered learners, followed by Delhi, Mumbai, Chennai and Hyderabad.
iii. Top Course:  Nearly half of learners in India are in technology courses such as computer science accounts 25% and data science -18 %. 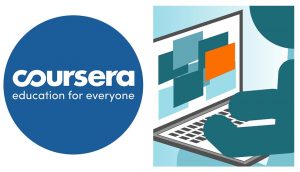 iv. Age Group: Online learners in India are entrepreneurial, young professionals in their 20s and 30s who are laser focused on gaining the technical skills that are sought after by India’s top employers.However in gender based learning Male accounts 76% and their counterparts take 24 % in the survey. The Report also says evening 4 PM is peak time for learning

75 million children in desperate need of education support: UNICEF
i. UNICEF Goodwill Ambassador Orlando Bloom visit to conflict-hit eastern Ukraine which came as new findings show that nearly a quarter of the world’s school-aged children – 462 million – now live with affected by crisis.
ii. The UNICEF observed that only 2% of global humanitarian appeals are on average dedicated to education.
World Humanitarian Summit:
> UNICEF also observed that Education Cannot Wait for fund, which will be launched at the first World Humanitarian Summit in Istanbul on May 23-24,
> The summit aims to raise nearly $4 billion to reach6 million children within five years and 75 million by 2030.

The International Monetary Fund has continued growth forecast for India this year at 7.5 per cent
The International Monetary Fund is forecasted constant growth for India at 7.5%
i. The growth was driven Private consumption, Weak Exports and Sluggish credit growth weight on the Indian Economy.
ii. Continued growth forecast for India in 2016 mounted at 7.5 % by private consumption the in latest economical view for Asia and the Pacific even mediocre in exports and slack credit growth will have a weigh on Indian economy
iii. Beneficial accounts of lower oil prices in India makes shifted economy in the world
iv. GDP increase upto 7.5 per cent this year

Wilful defaulters owe Rs 66,000 cr to govt banks
i. Minister of state for finance Jayant Sinha informed in Rajya Shaba that sickening banking sector has increased the number of wilful defaulters of PSBs from 5,554 to 7,686 in three years to December 2015
ii. Despite the fact that the amount involved more than doubled in the period to Rs 66,190 crore from Rs 27,749 crore.
iii. The top 50 defaulters of PSU’s had an exposure of Rs 1.21 lakh crore as on December last year.
iv. In the total amount in the wilful defaulter category accounts about 16 percent of the overall bad loans (Rs 400,000 crore) of Indian banks.

Uber ties up with Alipay globally
i. American Online cab aggregator Uber and china’s e-commerce giant Alibaba Group has announced a global partnership for payment platform Alipay,
ii. The tieup aims to bring better experiences for our users globally.
iii. This partnership facilitates Chinese travellers to enable rides through this solution in more than 400 cities.
iv. This cooperation with San Francisco based company replicates a step forward of Ant Financial’s global strategy, and the collaboration also extends to the Alipay’s strategic global partners like Mobile payment company Paytm in India. 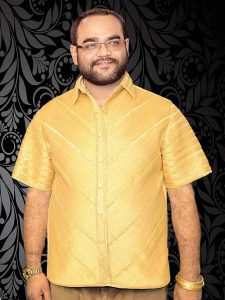 i. Maharashtra’s hailed eminent businessman-politician Pankaj Parakh called The Man With The Golden Shirt has secured a place in the Guinness World Records (GWR).
ii. The GWR certificate issued mentions Parakh, as the man with the most expensive gold shirt in the world which costs a staggering Rs. 98, 35,099 as on August 1, 2014.
The golden Shirt:
The shirt with 10 kg, is currently valued at over Rs.1.30 crore designed by Bafna Jewellers, in Nashik and meticulously executed by Shanti Jewellers at Parel in Mumbai.

Former TCS CFO Mahalingam is non-executive chairman of City Union Bank
i. Kumbakonam based City Union Bank has appointed S. Mahalingam as a non-executive chairman of the Bank. He is former chief financial officer (CFO) and executive director of Tata Consultancy Services (TCS).
ii. Prior to his new appointment he is currently an Independent Director on the board of the bank. He is a well-known name in the field of IT (information technology).
iii. This decision has been taken by the bank in the board meeting with its officials, the bank has already sought the approval of the Reserve Bank of India (RBI) for his appointment.
iv. The new appointee will succeed S. Balasubramanian, who is vacating the office of part-time Non-Executive Chairman of the bank at the close to his retirement.
v. The board of the Bank has also co-opted Narayanan as Additional Director of the Bank. 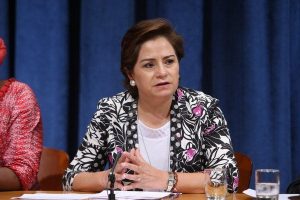 i. Mexico’s ambassador to Germany Patricia Espinosa Cantellano of Mexico has been appointed as Executive Secretary of the United Nations Framework Convention on Climate Change.
ii. United Nations Secretary-General Ban Ki-moon has shared his intention in this appointment with the Conference of Parties through its Bureau.
iii. She will succeed the incumbent Christiana Figueres when her term ends in July 2016. Prior to this selection she was serving as Mexico’s ambassador to Germany.
Patricia Espinosa Cantellano:
> Espinosa has over 30 years of experience at highest levels in international relations, specializing in climate change, global governance, sustainable development and protection of human rights.
> Earlier she has also served as Minister of Foreign Affairs of Mexico from 2006 to 2012.

Union Railways Ministry launches E-enabled PMIS app for proper monitoring of projects
i. Union Railways Minister Suresh Prabhu has launched an application called Project Management and Information System (PMIS) used for proper monitoring of all the Railway projects across the country in Rail Bhawan ,New Delhi.
ii. It will be a web-enabled IT- application will contain all the information about the ongoing projects which will help in reducing the completion time.
iii. The app is launched keeping the view in projects that currently Indian Railways have over 600 major projects of network expansion and modernization costing nearby 4.5 lakh crores
Indian Railways Ministry:
> Cabinet minister: Suresh Prabhu
> Minister of state: Manoj Sinha

Union Commerce Ministry launched EXIM Analytics Dashboard for export, import data
i. Commerce & Industry Minister Nirmala Sitharaman launched a dashboard on EXIM Analytics to provide easy access to the public on export and import trends of the country. This iniative of the Ministry is also in tune with the principle of Government at the doorstep.
ii. This is a portal developed by the Directorate General of Commercial Intelligence and Statistics, at the request of the Commerce Ministry.
iii. The Country’s merchandise exports fell for the 16th successive month in March this year owing to depressed global demand, recording a decline of 5.5 percent during the month, compared to 5.6 percent in February.
iv. The iniative on export – import will enable small and new start-up businessmen to foray into global trade based on reliable government information. 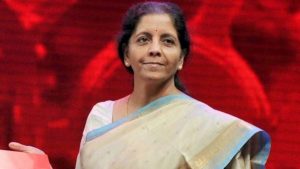 i. Power Minister Piyush Goyal launched a portal of Coal India Limited (CIL) called Contract Labour Payment Management System in New Delhi. This portal will be made fully functional within 45 to 60 days.
ii. The move is to Felicitate Employees of his Ministries, PSUs & Statutory Bodies for their Path Breaking Work towards Lighting Up India.
iii. It will reduce corruption and exploitation of labour issues by the contractors and help providing proper & timely wages to contractual workers.
iv. The wages will be calculated and credited directly in bank account of the all contractual labourers through this portal.

Three Earth-like planets discovered orbiting dwarf star
i. Researchers have discovered three potentially habitable, Earth-like planets orbiting an ultracool dwarf star that is nearly 40 light-years away in another star system.
ii. The dwarf star which is scientifically ultra-cool is known as TRAPPIST-1. It’s at the end of the range for what classifies as a star as half the temperature and a tenth the mass of the sun.
iii. TRAPPIST-1 is a red roughly larger than Jupiter and too dim to be seen with the naked eye or even amateur telescopes from Earth. It is located in the constellation of Aquarius (The Water Carrier).
Exoplanet:
Exoplanet comes as (the “exo” prefix means “outside” in Greek) just a planet, any planet that is orbiting a star other than our own Sun. 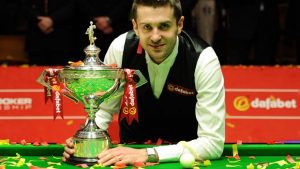 i.  England’s world number one Mark Selby beat China’s Ding Junhui by 18-14 to win World Championship title. With this he clinches Championship for the second time.
ii. But Selby dug deep to seal a brilliant double for the city of Leicester, whose football team became Premier League champion searlier.
iii. The 32-year-old Britishman pulled out of the earlier two ranking events in groundwork for the season-ending showpiece.
iv. He had not played his best snooker in the tournament and came in for criticism over his often slow and scrupulous style of play.

Seven Indian shuttlers qualify for Rio Olympic
i. Seven Indian shuttlers, including Saina Nehwal and PV Sindhu who have qualified for the Rio Olympics.
ii. India is one of only eight countries in the world to book two entries in a category — women’s singles, with PV Sindhu (ranked No. 10) joining Saina Nehwal (ranked No. 8).
iii. The list of players who made in the list is

The players qualified on the basis of their rankings later the Badminton Asia Championships concluded. The cut-off date for achieving the required rankings is May

Nihal Bitla, who became face of progeria campaign in India, dies at 15
i. Mumbai teen, who became face of India’s awareness campaign against the country’s first reported case of progeria in India, dies at 15.
ii. He is not only fought progeria but also helped other children affected by the disease live a normal life. Nihal, who aged just 15, had a body that felt like it was beyond 60 years
Progeria:
> Progeria or Hutchinson-Gilford progeria syndrome which causes accelerated aging in children.
> The disease is leading to premature death mostly due to heart attacks.
> It also incurable and has an incidence of one in four million.