Himachal Pradesh launches artificial propagation programme of mahseer fish for conservation
i. Himachal Pradesh government in a bid to prompt the fisheries department asked to make an artificial propagation programme for its rehabilitation and conservation.
ii. For the emerge of mahseer fishes that state set aside Rs 6 crore at Machhial near Jogindernagar town in Mandi district to rear the mahseer, also known as the tiger of Indian rivers, to breed the fish and let out its fingerlings into the wild.
iii. Himachal Pradesh fisheries department observed that the stength of the golden mahseer is lessening due to various causes, including construction of dams, barrages, pollution, indiscriminate fishing of brood and juvenile fish, introduction of exotic species and habitat deterioration.
Golden Masheer:
♦ Golden mahseer is a Local words means The Big Mouth is longest-living freshwater fish. It is also known as the tiger of Indian rivers.

Govt constitutes IEPF Authority
i. In a bid to strengthen the framework for safeguarding the interest of investors union Government has formed a six-member Investor Education and Protection Fund Authority.
ii. This move comes under the Companies Act, 2013 that would be for multiple purposes that includes to distribute disgorged amount depositors ambit that have suffered losses due to wrongful acts by other entities.
iii. The constitute team will look after the fund also maintain separate accounts and other records as prescribed by the Comptroller and Auditor General (CAG).
The Team:
♦ The team comprising six-members under the chairmanship of Corporate Affairs Secretary Tapan Ray and SEBI Executive Director Gyan Bhushan and RBI Executive Director U S Paliwal are also members.
♦ Joint Secretary Amardeep Singh Bhatia has been appointed as the Chief Executive Officer to the Investor Fund Authority. 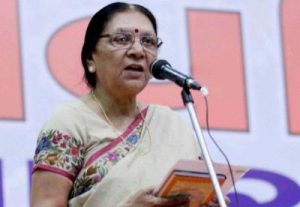 6,000 Gujarat villages become open defecation free, says government
i. Gujarat Government announced that totally 6,000 villages in the state becomes open defecation free under Swachh Bharat Abhiyan.
ii. This announcement comes from the government when the BJP led government is celebrating its second anniversary in the office.
iii. The state have built more than 12.50 lakh toilets across Gujarat in the last two years. As of now, 30 talukas in the state now have 100 per cent toilet facility.
iv. Union government sets targets to achieve 100 % target by 2019 as the time of celebration of 125th birth anniversary of Mahatma Gandhi. 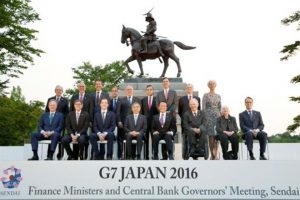 i. The G7 finance summit begins at Sendai in Japan to give fillip for balancing the growth of the global economy amid the slowing down of the Chinese economy and those of other emerging countries.
ii. This is the first such meeting where macroeconomic challenges urged and seek ways to inspire growth and check instability in markets by pooling together macroeconomic agendas.
iii. The world’s seven most developed countries will be represented by finance ministers and governors of the central banks.
iv. G7 representatives and their European Union counterparts met informally in the forum titled Future of the Global Economy.
G7 Countries:
♦ Japan, the US, Germany, Britain, France, Italy and Canada.
♦ The G7 countries represent more than 64% of the net global wealth ($263 trillion).

HSBC to halve branches in India as customers go digital
i. London based Hong Kong & Shanghai Banking Corporation Holdings will shut halve the number of branch in India to 26 from the present 50 and keeping focus on retail banking over digital channels,
ii. The Branch Shut will lead to over 300 employees being affected also less than one per cent of its total workforce of over 33,000 people.
iii. The branches that are being closed service less than 10% of its Indian customers, also to be noted that the bank has been present in India since 1853.
HSBC Bank:
♦ Founded: 1865
♦ Headquarters: London
♦ CEO: António Pedro dos Santos Simões

India-Pakistan school Students Exchange Program gets innovation award
School students from India and Pakistan have been interacting with each other through handwritten letters, Audios and Visual recording
Purpose: Shared the history of the two neighbours before Partition
Student Exchange Program
i. A year Long Dialogue consisting of exchange of history of two nations in the form of handwritten, Visual and Audio
ii. School children aged between 10-14 years from the cities of India and Pakistan will be attended 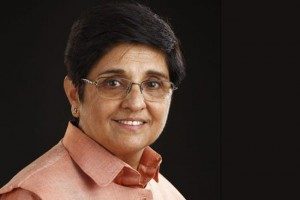 iii. Chandrawathi was the first woman Lt Governor while Bedi will be the fourth Lt Governor in women’s category.
iv. The post was lying vacant after the centre sacked UPA nominee Virendra Kataria ba also Lt Governor of Andaman and Nicobar Island Lt Gen Ajay Singh had been given additional charge of Puducherry.
Kiran Bedi:
♦ Bedi is the first woman to join the Indian Police Service (IPS) in 1972.
♦ She also became the first Indian woman to be appointed as a Police Advisor to UN -Secretary-General.
♦ Bedi contested the 2015 Delhi Assembly election as the BJP’s Chief Ministerial candidate

Mohun Bagan beats Aizawl FC 5-0 to lift 14th Fed Cup title
i. Mohun Bagan clinched Hero Federation Cup by defeating Aizawl Football Club by a record 5-0 margin and regain the title after eight years, at the Indira Gandhi Stadium in Guwahati.
ii. The record margin victory comes as two goals was Mizoram striker Jeje Lalpekhlua while Haitian Sony Norde, Dhanachandra Singh and Bikramjit Singh scored one each.
iii. Mizoram striker Jeje Lalpekhlua became the most prolific Indian striker, as he completed a tally of 20 goals in the season. He scored eight goals, including a hat-trick in the contest

Ashwin retains No. 2 spot in Test bowlers ranking
Indian Off Spinner Ravichandran Ashwin has retained his second spot in the lastest ICC Player Rankings for Test Bowlers issued, while no Indian features in the top 10 batsmen list. 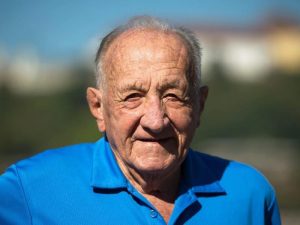 i. The world’s oldest Olympic champion, Sandor Tarics, has died at the age of 102 in San Francisco.
ii. He was the team member of the Hungarian waterpolo team that gave triumph to its side in the Berlin Olympics in 1936, pushing Germany into second place.
iii. Sabdor in the United States in 1949 and earned recognition for his new home country as a designer of earthquake-proof building technologies.
iv. He also gave attendance to the 2012 London Olympics as the oldest living champion.

Two new books released by Ruskin Bond
i. Sahitya Academy Award Winning author Ruskin Bond has released two new books both themed on nature.
ii. The books namely
1.My Favourite Nature Stories.
2.The World outside My Window.
iii. This is his first of its kind also these books talks about his various encounters with the natural world.
iv. These books deals the chorus of cicadas to the song of the whistling thrush, from his love for sea shells to his favourite place on earth, he envisions the reasons for his long-lasting love for nature.
Ruskin Bond:
Bond bagged Sahitya Academy Award in 1992 for Our Trees Still Grow in Dehra in English. He was also awarded the Padma Shri in 1999 and Padma Bhushan in 2014.

‘Making it Big’, the inspiring story of Binod Chaudhary
i. Nepali Author Binod Chaudhary’s story offers lessons on turning dreams into reality, and is a good inspiration for all upcoming entrepreneurs.
ii. He created Wai Wai, a Nepalese brand of instant noodles. Chaudhary was listed by Forbes as he ranked 1,342 and was declared the first billionaire of Nepal. 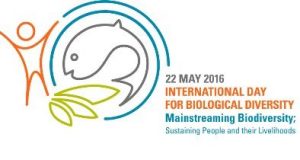 iii. The theme emphasizes peoples’ livelihoods and sustainable development in across the domain of activity, including economic sectors such as agriculture, forestry, fisheries and tourism.