School students from India and Pakistan have been interacting with each other through handwritten letters, Audios and Visual recording

Purpose: Shared the history of the two neighbours before Partition

A year Long Dialogue consisting of exchange of history of two nations in the form of handwritten, Visual and Audio 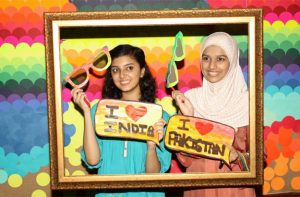 Aim: Improving ties between the Two Countries and exchange of Letters, Postcards, Pictures, Artwork and Videos to encourage children to form their own opinions an clearer understanding of History, Culture and Lifestyle through Cross Cultural Communications.