President of India inaugurated IOC in Rashtrapati Bhavan
i. The President of India, Pranab Mukherjee inaugurated an Intelligent Operations Centre and launched a Mobile App ‘Monitor’ for transformation of President’s Estate into a smart township at a function  held at Rashtrapati Bhavan in New Delhi.
ii. This facilities will help the residents of the Estate become more socially responsible, aware and collaborative.
Intelligent Operations Centre:
The solution designed by IBM which helps collect and make sense of the rich data streaming in from several sources within the Estate to provide intelligent insights.
Mobile App Monitor:
This application is a collaboration tool of the Intelligent Operation Center. This will help residents and Energy, Water, Horticulture, Waste and Security supervisors to collaborate in a smarter way for their observations 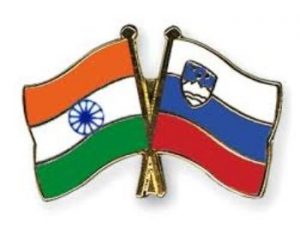 i. India and Central European country Slovenia have signed a protocol to amend an existing double taxation avoidance treaty.
ii. This agreement will widen the scope of the existing framework of exchange of tax related information.
iii. The protocol was signed by Indian ambassador to Slovenia Sarvajit Chakravarti, and Slovenian Finance Minister Dusan Mramor on behalf of Slovenia.
iv. The framework is likely to help curb tax evasion and tax avoidance between the two countries and also enable mutual assistance in collection of taxes.
Slovenia
♦ Capital: Ljubljana
♦ Currency: Euro

Taj Mahal in top 5 tourist attractions in the world and Second position in Asia: Survey
Most Iconic wonders of the world, The Taj Mahal has been surveyed as top five tourist spots in the world and Second in Asia.
Surveyed by: Travel Planning and Booking site TRIP advisor
Awards: TripAdvisor’s Traveller’s Choice Landmarks Awards
No: 1 – Machu Picchu in Peru
No: 2 – Sheikh Zayed Grand Mosque in Abu Dhabi
♦ Trip Advisor India Country Manager Nikhil Ganju expressed that India has a rich Cultural History and Architectural landmarks that built and recognized on the world stage.

Beijing-New Delhi Yoga Conference opens in China
i. Chinese yoga practitioners gathered in large numbers over 1,000 for a group performance in Kunming in China to open the China-India Yoga Conference. The conference in underway.
ii. The five day conference to be held between May 18 and 22 will feature activities including courses from Indian yoga masters and yoga introductions for communities.
iii. The Yoga gathering was organised by the Foreign Affairs and Overseas Chinese affairs offices and the China-India Yoga College in Kunming.
China:
♦ Capital: Beijing
♦ Currency: Renminbi
♦ President: Xi Jinping

PNB reports Q4 loss of Rs 5,370 crore, biggest in Indian banking history
i. New Delhi based Punjab National Bank has reported a net loss of Rs 5,370 crore in the March quarter, the biggest ever quarterly loss in India’s bank history. As the bank has had reported a net profit of Rs 307 crore in the last year quarter.
ii. PNB’s gross non­performing assets (NPAs) poured to 12.9% in the fourth quarter, as against 8.47% in the December quarter.
iii. In terms of absolute figures the gross NPAs for the quarter stood at Rs 55,818 crore, as against Rs 34,338 crore in the same quarter.
Punjab National Bank:
♦ Headquarters: New Delhi
♦ CEO: Usha Ananthasubramanian.
♦ Slogan: The Name you can Bank Upon.

Honda partners with IndusInd Bank for two wheeler financing
i. Country’s second-largest two wheeler maker Honda Motors Scooter India (HMSI) has partnered with Mumbai based IndusInd Bank to cater retail finance to buyers. The company aims to sell over 5 million units in the current fiscal.
ii. The Lender will provide Finance Assistance to the eligible players also customers of Honda buy a Honda two wheeler at an attractive rate of interest but also can earn benefits of up to Rs 7,500.
iii. Buyers can avail loan of up to 90% of the product value to be repaid in up to 36 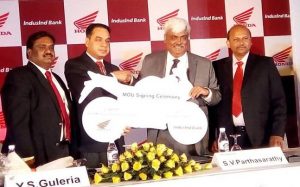 HP State Electricity Board, SECI form JV for solar projects
i. Himachal Pradesh State Electricity Board and Solar Energy Corporation of India signed a pact to form a 50:50 Joint Venture for implementation of solar power projects in the state.
ii. The total estimated cost of the project is pegged at Rs 30.72 crore. Solar Energy Corporation of India Ltd (SECI) runs under the aegis of the Ministry of New and Renewable Energy.
iii. Upon this pact a pilot 2.5 MW Solar Wind Hybrid Power Project would be set up at Rangrik in Lahaul and Spiti district and would be completed by October, 2017.
iv. The Rangrik project will synchronise solar, wind, hydroelectric project with grid supply with help of large energy storage system. The is the first of its kind in the country.
Himachal Pradesh:
♦ Governor: Acharya Dev Vrat
♦ Chief Justice: Justice Mansoor Ahmad Mir
♦ Chail is the cricket ground and a polo ground which is there at an altitude of 2,250 m. It is the world’s highest cricket ground.

Apple announces opening of its map development centre in Hyderabad 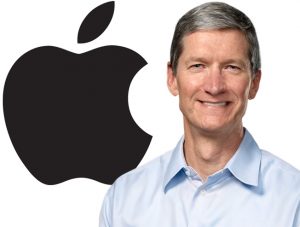 i. Tech giant Apple has opened a new development center in Hyderabad which will focus on development of Maps for iPhone, iPad, Mac and Apple Watch.
ii. This move from the company will  make an investment of $25 million and  accelerate Maps development and create up to 4,000 jobs. The new facility will provide LEED-certified home for the expanding Maps team.
iii. In a string of iniatives Apple is expected to open three retail stores will in Delhi, Bengaluru and Mumbai in next 18 months.
iv. This announcement of Digital center comes a day after Apple revealed that it will open iOS App Design and Development Accelerator in Bengaluru.
Apple:
♦ Headquarters: California,
♦ CEO: Tim Cook

BHEL Commissions 250 Mw Thermal Unit In Maharashtra
i. State-owned Bharat Heavy Electricals has successfully commissioned 250 MW thermal unit in Maharashtra. This is the eighth coal-based unit commissioned by BHEL at Parli Power Station, in Maharashtra.
ii. The unit has been commissioned at Parli Thermal Power Station located at Beed district in the Marathwada region of Maharashtra.
iii. The project is owned by Maharashtra State Power Generation Company.BHEL has commissioned 16,000 MW of power generation capacity in Maharashtra, its highest in any single state.
iv. In the Performance manner the 200-270 MW rating class sets supplied by BHEL form the backbone of the Indian power sector and have been performing much above the national as well as international Standards.
BHEL:
♦ Founded: 1964
♦ Headquarters: New Delhi.
♦ CEO: Atul Sobti.

Indian born-American Technologist awarded for excellent teaching in US
An Indian born American biotechnologist Rupa Iyer has honored with University of Houston’s highest teaching award for her continuous and significant contributions to education in United States.
Award: “Distinguished Leadership in Teaching Excellence Award”
i. Highest award given in teaching
ii. Rupa Iyer is the Associate Dean, Research and Graduate Studies at the University of Houston’s College of Technology

A V S Ramesh Chandra appointed as the next Ambassador of India to Romania
i. IFS officer A V S Ramesh Chandra Presently High Commissioner of India to Uganda, has been appointed as the Ambassador of India to Romania.
ii. He Joined Indian Foreign Service in August 1989. He did Master’s Degree in Veterinary Science majoring in Dairy Technology from Andhra Pradesh Agricultural University (APAU) in Hyderabad.
Uganda:
♦ Capital: Kampala
♦ Currency: Ugandan shilling.

Singapore Technologies Telemedia to buy 74 per cent of Tata Communications data centre business
i. Singapore Technologies Telemedia has acquired a 74 per cent stake in Tata Communications’ data centre business in India and Singapore. However holding the remaining 26 per cent stake in the businesses with Tata Group.
ii. This new joint venture partnership will improve the strategic focus on advanced services within the data centre that enable digital transformation in addition to infrastructure services.
iii. The deal will include Tata Communications’ 14 data centres in India and its three Singapore facilities. However the deal size was not disclosed.
iv. Upon this acquisition STT will further expand and strengthen its global data centre network to span four geographies, including strong bases in two of Asia’s largest growth markets, India and China. 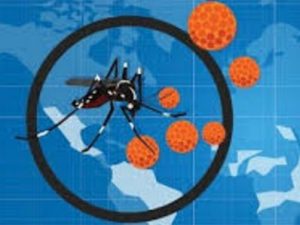 i. US scientists from the University of Texas at Galveston have cloned the Zika virus that could fast track a vaccine against the deadly disease.
ii. The cloned virus first in the world of its kind that may aid the development of vaccine and therapies against the infection linked to serious birth defects.
iii. The researchers then used the UTMB-developed Zika mouse model to demonstrate that the cloned virus infected the mice and gave them neurological disease.
iv. Zika virus disease is caused by a virus transmitted primarily by Aedes mosquitoes. The virus is a member of the virus family Flaviviridae and the genus Flavivirus.

New species of horned dinosaurs discovered in US
i. Scientists have discovered a new species of 77-million-year-old horned dinosaurs in the United States that have distinctive facial horns and spiked neck shields.
ii. Skull elements of this Fossils of this group have been found in North America, particularly from the northern portion of the Cretaceous landmass Laramidia.
iii. The new species of centrosaurine, a member of the large-bodied ceratopsians (horned dinosaurs), is named Machairoceratops cronusi that estimated to have been 6-8 metres long and weigh over 2 tonnes.
iv. The Ohio University and the Natural History Museum of Utah researchers unearthed the characteristic horncores and other skull elements in the Grand Staircase-Escalante National Monument in Utah.

Sevilla won the Europa League for the third consecutive time
i. Spain’s oldest football club Sevilla defeated Liverpool by 3-1 in the Europa League final at the St. Jakob-Park in Basel.
ii. The win means to Sevilla qualify for the Champions’ League group stages yet again. Meanwhile, Liverpool will not be in Europe next season after finishing eighth in the Premier League this season.
iii. The most successful club in the competition and the current champions are Sevilla with five titles after defeating Liverpool in the final, also makes third in consecutive year to the Spanish club.
Union of European Football Associations:
♦ Formation: 1954
♦ Headquarters: Switzerland. 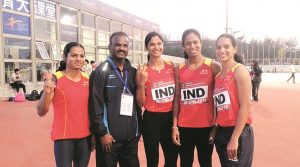 i. The Indian women’s relay team in 4x100m category broke the 18-year-old National record to finish in 4th position at the IAAF World Challenge in Beijing China.
ii. The 4x100m women relay team comprising Dutee Chand, Srabani Nanda, HM Jyoti and Merlin Joseph clocked 44.03s to finish the race in the fourth spot.
iii. This new record was set up by breaking the 18-year-old record of 44.43s created by the quartet of Saraswati Dey, Rachita Mistry, EB Shyla and PT Usha in 1998 in Japan.
iv. The host nation China has grabbed the first and third positions with China A and China B team on the first and third position respectively while Japan finished second.