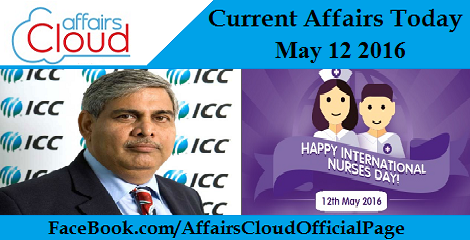 Uttar Pradesh State Government approved “bicycle highway” between Taj and lion safari
State Government has approved the 200 Km Long bicycle highway from Agra to the Lion Safari in Etawah to promote Eco-Tourism in the surroundings of the Taj Mahal
Inauguration by: Chief Minister Akhilesh Yadav
Proposal:
The Highway will not pass along the Agra-Etawah main road but it will surround the various historical and tourism spots.

Rajya Sabha passes the Insolvency and Bankruptcy Code Bill 2016
i. The Rajya Sabha has passed the Insolvency and Bankruptcy Code 2016 as it is the biggest economic reform that will make easier to do business.
ii. A majority of the parties in both Houses supported this legislation after all the amendments proposed by a joint parliamentary committee were accepted by the government.
iii. Once the President gives accents the legislation the new bankruptcy law that will ensure time-bound settlement of insolvency and create a database of serial defaulters.
iv.The bill is to promote entrepreneurship, availability of credit as it is comprehensive and systemic reform, which will give a quantum leap to the functioning of the credit market.

Government inks MoU with NDTV Ethnic Retail Ltd. to popularize India Handloom products
i. The Textile Ministry has signed a pact with NDTV Ethnic Retail Ltd for popularizing India Handloom textiles as a fashionable product for youth at Udyog Bhawan New Delhi
ii. The MoU valid for three-years. Government will support the project with incubation and production support.
iii. The joint iniative is to endorse and launch a NDTV’s Project Indianroots Fashion Accelerator, that seeks support of fresh talent and to support new and innovative ventures in fashion industry.
iv.This move by the government is to connect fashion designers with Handloom sector in an organized manner.
India Handloom Brand:
♦ The Handloom Brand was launched on August last year at first National Handloom Day by Prime Minister Narendra Modi.
♦ Over 170 handloom producing agencies/enterprises have been given registration under the brand, in 41 product categories as on 1st April, 2016.

3-day international Vichaar Mahakumbh begins in Ujjain, MP
i. RSS Chief Mohan Bhagwat inaugurated the three 3-day Vichaar Mahakum international conference, during Simhastha Kumbh is underway in Ujjain, MP.
ii. This move is to discover the solutions to various national and global problems from the perspective of traditional values of life.
iii. Over 3,500 guests including heads of religious faiths and saints are expected to attend the conference. Prime Minister Narendra Modi will address the valedictory session of the conference.
iv. The Conference will hold dialogues on various aspects of human welfare like Values, Religion, Spirituality, Environment, Science and Women’s Empowerment. i. Madan Mohan Malaviya founded Banaras Hindu University to help promote the sustainable development, growth and eradication of poverty, this outstanding institution of excellence has completed 100 years of its eventful journey.
ii. This worldwide reputed temple of learning was established by Mahamana Pandit Madan Mohan Malviya in 1916.
iii. It has two campuses. University’s main campus spread over 1,300 acres in Varanasi While the second campus South campus, spread over 2,700 acres about 60 km from Banaras.
iv. It started functioning from 1st October, 1917 with the Central Hindu College as its first constituent College.
v. The University is one of the largest residential universities in Asia with over 20,000 students.

Four out of top 5 world’s most polluted cities in India, Delhi ranks 11th
WHO reported that India is home to four of the five cities in the world with worst air pollution.
Report stated that more than 7 million premature deaths occur every year due to air pollution, 3 million of them due to outdoor air quality.
4 most polluted cities out of top 5 – Gwalior, Allahabad, Patna, Raipur
♦ The dirtiest air was recorded at Zabol in Iran.
♦ Delhi ranks 11th in the world.

Kenya to close World’s biggest refugee camp in Dadaab
i. The Kenyan government will close Dadaab refugee camp for national security which has over 330,000 refugees mostly Somali refugees, and send them back home or on to other 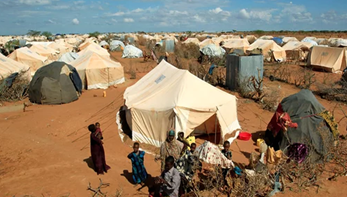 US adopts the bison as its national mammal
i. President Barack Obama has signed to make US bison as its national mammal. However the bald eagle will continue to enjoy the position of the national animal of the US.
ii. With this approval the bison will a symbol for America’s heritage, stated that the animal’s history is integrally linked with the economic and spiritual lives of many Indian tribes through trade and sacred ceremonies.
iii. Wildlife Conservation Society demanding for the status for a four years and the body is a group associated with the Bronx Zoo in New York. i. India largest private sector bank ICICI in association with Jet Airways launched the country’s first ‘contactless’ credit cards for small and mid-sized enterprises and their employees.
ii. The card Debuted ‘Jet Airways ICICI Bank Business Advantage Card the co-branded credit card will help customers to save on their business expenses.
iii. The Mumbai based lender is the first bank globally to offer a dual advantage reward programme on the expenses and repayments of the credit card.

FPL ties up with Nokero to launch off grid solar products
i. Chennai-based FPL has partnered with America based Nokero Solar Equipment maker to launch off-grid solar products and soon plans to manufacture in India.
ii. FPL currently makes engineering platsics while Nokero makes solar lights, phone chargers and is a specialist in solar energy-related products.
iii. The American major is keen to look at street lighting in the country as a business opportunity, due to abundant availability of sunlight in the country. 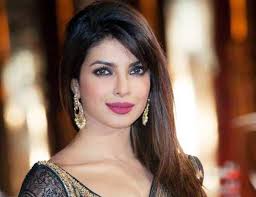 i. Miss World pageant Bollywood actress Priyanka Chopra been recently named in the list of 10 Millennial Leaders around the Globe. She has got another spike to add in her career
ii. According to a 2015 study Ninety-one percent of millennials are leaders. These 10 millennial leaders have accomplished just that, making their mark on countries around the world.
iii. Other celebrities who have made the list include Malala Yousafzai, Kim Jong Un, Mark Zuckerberg, Prince William, Mary-Kate and Ashley Olsen, Rafael Nadal, Sonita Alizadeh and Mhairi Black.
iv. Quantico, Baywatch, Time magazine’s most Influential list and made the US News’ 10 Millennial Leaders Around the World.

Shashank Manohar elected unopposed as ICC’s chairman
Former Board of Control for Cricket in India president Shashank Manohar has been elected unanimously as the first Independent chairman of the International Cricket Council.
Tenure: Two Year
He quits the BCCI President and made him eligible to contest for the ICC chairman Post.
Mr Manohar contests as sole nominee for the position and the Board unanimously selected as ICC chairman. Independent Audit Committee Chairman, Mr. Adnan Zaidi declared the election.

New Chief Justices in Tripura, Chhattisgarh, Rajasthan
i. Union Law Ministry transferred Tinlianthang Vaiphei, Deepak Kumar Gupta and Justice Navin Sinha to Tripura, Chhattisgarh, and Rajasthan high courts respectively.
ii. It also announced that Justice Ved Prakash Vaish of the Delhi High Court has been transferred to Meghalaya, while Justice Satish Kumar Agnihotri of the Madras High Court has been shifted to Sikkim.
iii. The president has directed all the chief justices and judges to assume charge on or before May 23. Tripura law department informed that Justice Vaiphei would assume office on May 16.

Wrestlers Ravinder Khatri, Babita Kumari bag Rio Olympic berths
i. Indian Wrestlers Ravinder Khatri and Babita Kumari have booked berth for the upcoming Rio Olympics after their rivals failed a dope test, taking the total number of quota places from India to eight.
ii. This is the first time two women wrestlers from India have qualified for the Olympics.
iii. In fact, this is the first time that India will be represented in all three formats – men’s freestyle, female wrestling and Greco-Roman at the Olympics.

England women’s captain Edwards retires
i. England women’s Cricket captain Charlotte Edwards announced retirement from international cricket to end a glittering cricket career with immediate effect.
ii. She is 36-year-old led her country to wonder in the Ashes, also winning a world-record 309 caps and scoring over 10,000 runs across the formats.
iii. The long serving Skipper led England on 220 occasions, with the highlights of her captaincy including three Ashes triumphs against Australia (2008, 2013 and 2014. and a World Cup/World Twenty20 double in 2009.
iv. Edwards named the International Cricket Council’s Women’s Player of the Year in 2008 and in 2014 was selected as a Wisden Cricketer of the Year.

Stephen Curry named NBA’s Most Valuable Player for second straight year
i. Golden State Warriors star Stephen Curry was named the NBA’s Most Valuable Player for the second straight year he is set be the 11th person to win consecutive MVP awards.
ii. With this feet he is becoming the first unanimous Winner in the award’s 61-year history after a record-breaking contribution to his side.
Stephen Curry:
♦ Curry is an American professional basketball player for the Golden State Warriors of the NBA.
♦ He is also the first player in league history at any position to average 30 ‎points per game in less than 35 minutes per game over a full season.

Renowned West Indies cricket commentator Tony Cozier passes away
i. Legendary West Indian Cricket Commentator and journalist Tony Cozier died at the age of 75 following a long illness.
ii. He voiced many series of West Indies in his five decade career from 1962 of the most respected cricket writer, broadcaster and historian to have come out of the region.
iii. Cricketer and Associations mourning his death and paid glowing tributes to the legendary voice of the game.
iv. Tony worked in radio and television, wrote books, and was published in newspapers, magazines and Columns on the internet.
v. MCC awarded Cozier life membership for his services to the game in 2011.