WHO reported that India is home to four of the five cities in the world with worst air pollution.

2 most polluted cities out of top 5: 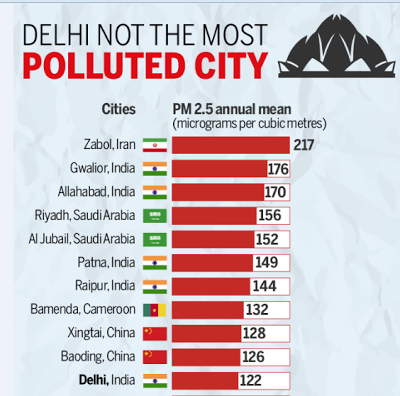 The dirtiest air was recorded at Zabol in Iran

WHO experts reported that India faces a “huge challenge”, many countries are so bad that they have no monitoring system and cannot be included in its ranking.

Tiny particulate matter can cause

The WHO stated that more than 7 million premature deaths occur every year due to air pollution, 3 million of them due to outdoor air quality.