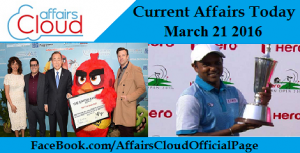 AYUSH joins hands with WHO

In a move to popularize the Ayurvedic medicines, AYUSH ministry has roped in with World Health Organisation and signed an MoU.

With a view to combat tuberculosis in the country, the govt. of India is making every effort. Recently, Union Health Minister J P Nadda, launched Bedaquiline new anti-TB drug for Drug Resistant TB as part of the Revised National Tuberculosis Control Program (RNTCP) on the eve of World TB Day. 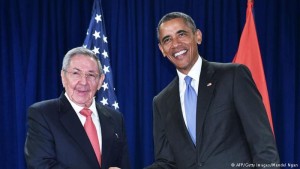 US President, Barack Obama made a historic visit to Cuba which was its rival nation for years. This visit is historic because it is the first visit of a US president in 88 years.

The British government has lifted the ban on the International Sikh Youth Federation (ISYF) after both houses of the British Parliament supported a motion to drop it from the list of proscribed organisations.

The regulatory authority of Insurance sector has given its nod to the Biggest life insurance company of India- LIC to invest in the Public Sector Banks.

The Government has withdrawn its recognition to DSE following the cancellation of recognition of its activities by SEBI in 2014.

WHO suspends TB drugs from Svizera Labs on quality concerns

After the investigations, the World Health Organisation (WHO) has suspended the approval of tuberculosis (TB) drugs made by India’s Svizera Labs, a major supplier to developing countries due to the manufacturing standards and quality management being unreliable.

Taxi app Ola has launched its new service called ‘Micro’ and it expects that ‘Micro’ will alone overtake its rival Uber in terms of a number of rides in a month’s time. Micro has been launched in seven Indian cities – Delhi, Bengaluru, Mumbai, Chennai, Kolkata, Hyderabad and Pune and will be launched in other cities as well.

The popular mobile game figure Angry bird-‘Red’ is now to become the honorary ambassador of Climate change announced by the UN.

The world famous soccer, Lionel Messi has been appointed by Huawei as its Global ambassador for its mobile products.

Fashion designer Ritu Beri was appointed advisor to the Khadi and Village Industries Commission (KVIC) for promotion of khadi in India and across the world.

Gurgaon-based Baxi has come up with a new feature in its android mobile app which will allow its users to book rides on the app without using Internet. The bike-taxi hailing app offers services in Gurgaon and Faridabad. 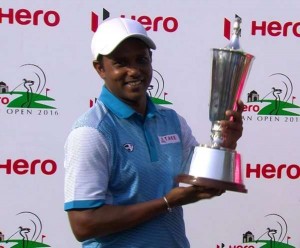 SSP Chawrasia, who remained four-time runners-up, has finally clinched the Hero Indian Open 2016 title at the Delhi Golf Club. He won by 2 strokes with runner ups Anirban Lahiri of India and Jeunghun Wang of Korea.