Andhra Postal circle releases stamps on Yoga booklet
i. Andhra Pradesh Postal circle on behalf of the International Day of Yoga released the Information booklet for public and stamps on yoga for Philatelists.
ii. The Information booklet contained illustrations and description of 24 yoga asana (postures) while 12 stamps on Suryanamaskarams were released.
iii. The booklet contains four Commemorative stamps released in 1991 on various yoga postures including Bhujangasana, Dhanurasana, Ushtrasana and Utthita Trikonasan

Vice President inaugurates 2-day international conference on Yoga
i. Indian Vice President Hamid Ansari inaugurated two day international conference on Yoga for Body and Beyond‘ in New Delhi.
ii. Over 70 international delegates from 32 countries are taking part in the Conference. Lok Sabha Speaker Sumitra Mahajan, yoga guru Swami Ramdev and Professor H.R. Nagendra will address the valedictory session of the conference.
iii. Experts on the Yoga will broadly deliberate upon various themes such as Yoga and Physical Wellbeing, Insights from Yoga Scholars, Integration of Yoga in Healthcare Delivery System, Yoga for Mental health, Yoga for Body and beyond.

Indian Yoga centre in China teams up with Peking University for research
i. A Yoga centre founded by Indian Mohan Singh Bhandari and his Chinese wife Yinyan has been selected by China’s Peking University to conduct research in the ancient Indian exercise form.
ii. A MoU has been signed with the varsity in this regard, also This is first time a Chinese university has come forward to do research in Yoga.
iii. Bhandari along with his wife is a former China editor of the Elle Magazine established the centre in 2003 that has become immensely popular all over China.
iv. The centre has over 20,000 students including those undergoing yoga teacher training. It actively take part in the yoga events being organised by Indian Embassy in Beijing.

World Bank’s India Development Update – June 2016
World Bank released India Development Update report to earmark the Indian economy and its prospects for the financial year 2016.
It is twice yearly report reported by World Bank and the report explained that Indian Economy was enhanced to a higher progressive way by demand from urban households and Public investments.
Health and education expenditures increased in every state especially in Rajasthan and Kerala
Uttar Pradesh spent over one-third of its additional resources on health and education
India maintained 7.6 per cent growth rate in 2016-17 and it will be expected that 7.7 per cent in 2017-18 and 7.8 per cent in 2018-19.

IWAI inks pact with IPGPL for 476 crore Kaladan Multimodal Transit Transport Project
i. The Indian Inland Waterways Authority has signed an agreement with India Ports Global Private for a Rs 476-crore project to simplify connectivity and trade.
ii. The MoU will pave the for the implementation of additional works on the Kaladan Multimodal Transit Transport Project (KMTTP) in Myanmar that bolster ties with Myanmar,
iii. Upon this MoU both parties agreed to implement three additional works on the KMTTP at the estimated to cost 476 crore rupee that are Container handling facilities at Paletwa and Sittwe, Operation and Maintenance (OM) of the completed works and  Removing wrecks in Sittwe Port basin area.

Oil India Ltd, Indian Oil Corporation and Bharat Petro Resources Ltd agreed to buy a 23.9% stake in Russian Company Rosneft’s Vankor project.
i. Indian Oil majors Oil India Ltd, Indian Oil Corp. and Bharat Petro Resources Ltd decided to buy a 23.9% stake in Rosneft OJSC’s Vankor project, the largest oil field to commence operation in Russia in the last two and half decades.
ii. The deal, revealed by Rosneft at the St Petersburg International Economic Forum that brings consortium’s purchase worth $2.1 billion when planned capital expenditures on the field are included.
iii. The Russia’s prime oil producer has been trading stakes in some assets to raise cash after oil prices collapsed amid a global supply glut. 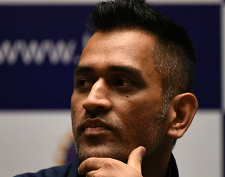 brand ambassador for Exide Life Insurance Company with immediate effect.
ii. The Cricketer will feature in the company’s marketing campaign Lamba saath, bharose Ki baat (Long term relationships build trust). This is his first endorsement deal in the insurance category.
iii. The company based in Bengaluru is 100% owned by Exide Industries Limited that has achieved total Premium Income of over Rs 2,000 crore in the financial year 2015-16.

ITC chief Yogi Deveshwar to step down and continue as non-executive chairman till 2020
i. Kolkata headquartered ITC’s longest-serving chairman, Yogesh Chander Deveshwar will step down from his executive role to continue as a non-executive chairman for the next three years.
ii. The company after taking nod from its shareholders’ at the upcoming annual general meeting to appoint him as a non-executive director and chairman for a period of three years with effect from February 5, 2017.
iii. Yogesh joined ITC in 1968 and assumed office as Executive Chairman in 1996, under his tenure the company also created several world class Indian brands in the FMCG market.

Vijay Mallya resigns as Chairman of Bayer CropScience
i. Vijay Mallya is quitting as the Chairman of German pharma major Bayer CropScience Ltd after over 12 years of holding the office in the company with effect from June 30.
ii. The Company said new chairman will be appointed at its next board meeting, also the global firm employed about 117,000 people and had sales of euro 46 billion in the last fiscal.
iii. Mallya took charge as a Chairman of the Board in March 2004. 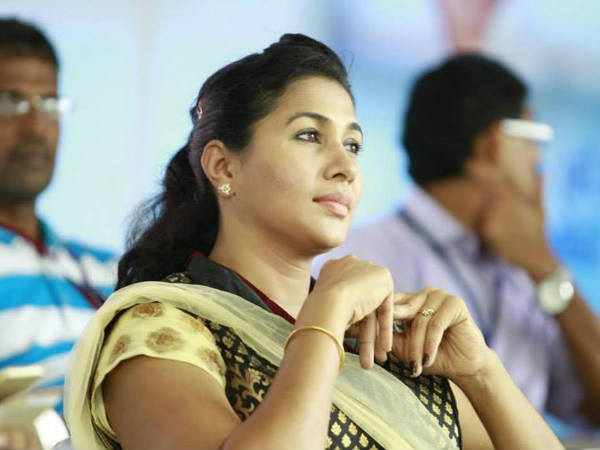 i. Olympian Anju Bobby George has decided to resign from the post of the president of the Kerala State Sports Council after an alleged face-off with the state’s new sports minister.
ii. Anju alleged that sports minister EP Jayarajan misbehaved two weeks ago when she went to meet him after the new government came to power.
iii. She resigned from the post along with the other members of its Administrative Board, which consisting of the likes of volleyball player Tom Joseph and athlete Preeja Sreedharan have resigned so has Ajith Markose, brother of Anju, who will quit the post of assistant secretary (technical) with immediate effect.
iv. She took charge as the president of the state sports council before 6 months. the youngest fully formed exoplanet which is 5 to 10 million years old that make to understand how planets system form.
ii. The planet named K2-33b, is set to be larger than Neptune and whips tightly around its star every five days. It is one of the very few newborn planets found.
iii. The Kepler Space Telescope found this new planet through its extended K2 mission, as well as the W M Keck Observatory on Mauna Kea in Hawaii.

BCCI Suspends Goa Cricket Officials for Financial Bungling
i. Indian Cricket Administrator BCCI has suspended two senior Goa Cricket Association officials – Chetan Desai and Vinod Phadke for alleged misappropriation of over Rs 3 crore belonging to the organisation.
ii. BCCI has given 15 days to reply, in the notice Goa Cricket Association President Desai and Phadke who is a secretary have also been slapped with showcause.
iii. In the BCCI Desai is holding the chairman of the Board’s Marketing Committee, Phadke is a member of the Information and Technology Committee.

Dustin Johnson won the US Open golf tournament title
i. US Golfer Dustin Johnson clinched his maiden Major golf title US Open registering a three-stroke victory in the 116th US Open in the fourth and final round at Oakmont Country Club in Pennsylvania.
ii. Johnson finished three shots in front of fellow Americans Jim Furyk and Scott Piercy and Irishman Shane Lowry. The Winner will get 1,800,000$ as a share.

Harika wins best women’s player in Kazakhstan Blitz
i. Arjuna Award Winner and Grand Master Harika Dronavalli won the best womens player award in the Eurasian Blitz chess tournament in Kazakhstan.
ii. The Indian master will get a cash prize of USD 2500 and 60 ELO points to regain her position in the top 10.
iii. Harika had won the best womans prize at the Zalakaros International Chess Festival in Hungary to jump to world number 9 in the classical rankings list.

Renowned telengana poet and lyricist Guda Anjaiah passes away
i. Eminent Telangana poet and lyricist Guda Anjaiah has passed away following a brief illness at his residence in Ragannagudem, Telangana. He was 61 year old.
ii. Anjaiah played a vital role in Telangana movement, penning several songs that also found their way into films.
iii. His novel Polimera described the dark days of 1975 Emergency. Anjanna was also well known for his songs Ooru manadi that was translated into multiple languages.