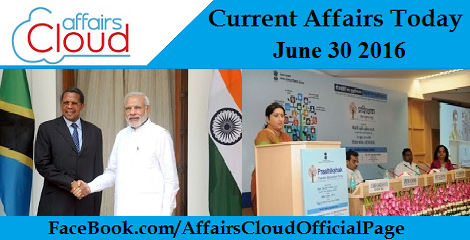 Union Government approved National Mineral Exploration Policy to accelerate activity in the country
Aim: Motivating the exploration activity in the country through improved participation of the private sector.
Focus: To make use of full mineral energy such as non Fuel and non Coal to the extreme and maximize sectoral contribution to the Indian Economy.
Fund Allocation: Rs.2116 crore over 5 years
Highlights:
♦ Providing platform for Geo-scientific Data of world standards in the public domain
♦ Quality research in a Public-Private Partnership
♦ Initiatives for search of deep seated and concealed deposits.

FSSAI signs pact with ASCI to check misleading advertisements
i.  Advertising Standard Council of India (ASCI) will comprehensively monitor these advertisements across various media. The council has been given a suo motu monitoring mandate by FSSAI to process complaints against misleading advertisements of food and beverages.
ii. The MoU was signed by FSSAI CEO Pawan Agarwal and ASCI Chairman Benoy Roychoudhry.
iii. The agreement also requires ASCI to report to FSSAI non- compliance of ASCI’s decisions for further action as required per provisions of the Food Safety Standards Authority of India (FSSAI) Act

‘Prashikshak’ – a teacher education portal, to the nation at Vigyan Bhawan, in New Delhi.
ii. Prashikshak’ is launched with a vision to strengthen District Institutes of Education and Training (DIETs) and bring quality teachers into the Indian school education system.
iii. Prashiskshak Portal has started only for DIETs, it will cover block level institutes in the future and identify gaps at the bottom of the pyramid.

Union Cabinet approved MoU between India and Tanzania in the field of water resources
Union Government headed by Prime Minister gave nod to Memorandum of Understanding between India and Tanzania for bilateral cooperation in water resources Management and Development
Background:
♦ The Ministry of Water Resources, River Development and Ganga Rejuvenation have been signing bilateral agreement with other countries in related to water resources development and management.
♦ The mentioned agreement was confirmed during the Tanzania Delegates had visited India during 2014 and discussed about the issues of water harvesting & management practices and decided to have a Memorandum of Understanding.

Ethiopia, Bolivia, Sweden and Kazakhstan elected non-permanent UNSC members
i. Bolivia, Ethiopia, Kazakhstan and Sweden have been elected as the non-permanent members of the United Nations Security Council (UNSC) for a two-year period beginning in January, 2017. They will replace Spain, Malaysia, New Zealand, Angola and Venezuela.
ii. Italy and the Netherlands had been vying for the one remaining seat, but the voting yielded no clear winner so they have proposed to split a two-year term on the UN Security Council. In the voting each received 95 votes.
iii. The 193-member UN body conducted the elections for five non-permanent seats, which included one seat for the African Group, one seat for the Group of Asia and the Pacific small island developing states, one seat for the Group of Latin American and Caribbean States, and two seats for the Western European and Others Group.
iv. The voting for these countries in the UNGA was conducted by secret ballot in which members of the UNGA had voted.
v. Bolivia (183 votes) and Ethiopia (185 votes) were chosen from Group of Latin America and the Caribbean and Africa region respectively.
vi. Sweden (134 votes) won from the Group of Western Europe. Kazakhstan won from the Group of Asia Pacific against Thailand. 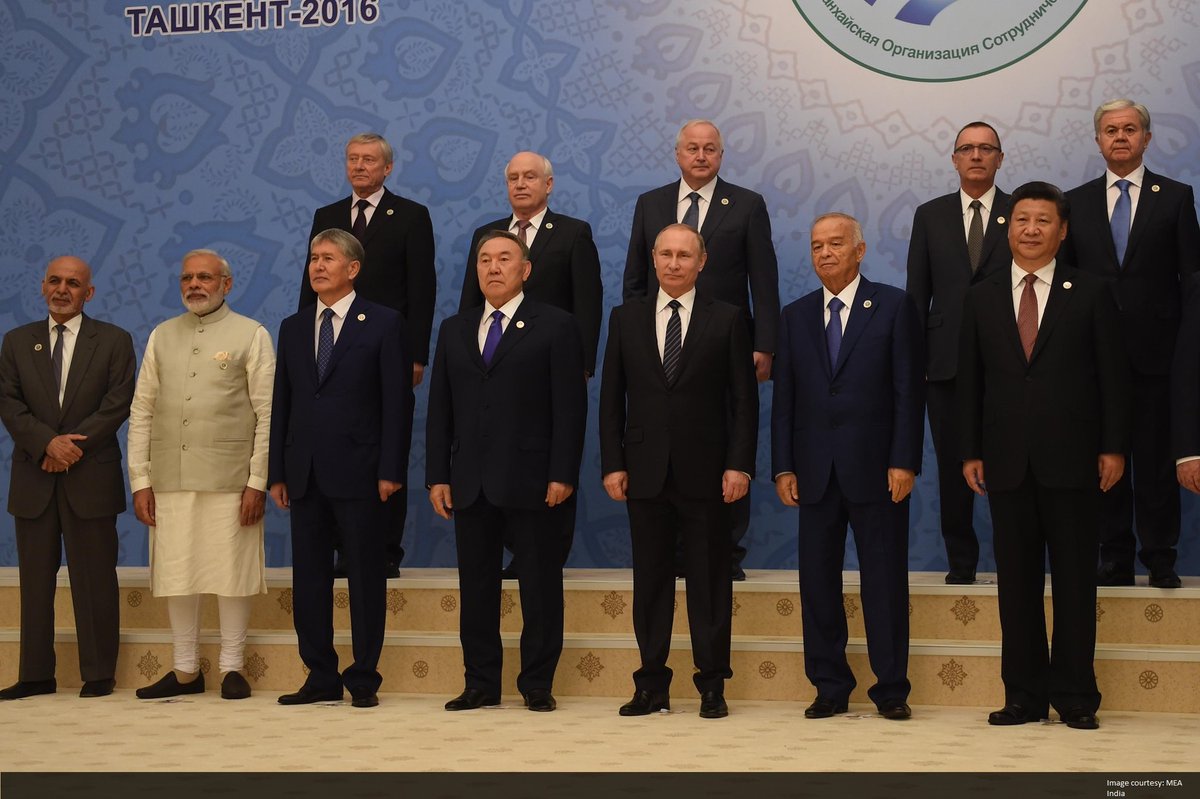 i. The 2016 Shanghai Cooperation Organization (SCO) summit concluded on 24 June 2016 in Tashkent, Uzbekistan.
ii. The 2-day meeting was conducted under the presidency of Uzbekistan.
Key highlights of the summit
iii. India and Pakistan signed the Memorandum of Obligations on 24 June 2016.
The signing of Memorandum of Obligations by India and Pakistan started the formal process of joining the SCO as a full member. They are expected to become full members by the next meeting at Astana in 2017. 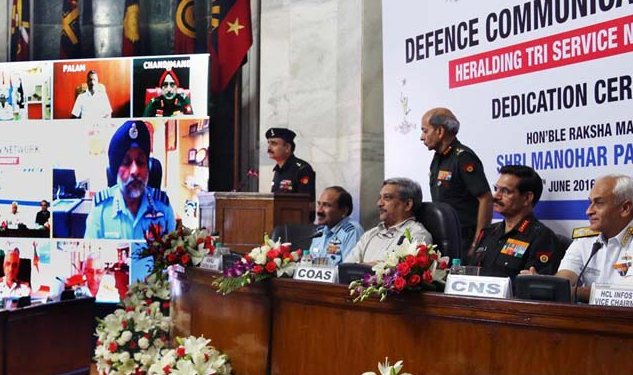 June 2016.
ii. The DCN was inaugurated by Defence Minister Manohar Parrikar at South Block.
iii. The network enables the Army, the Air Force, the Navy and the Special Forces Command to share situational awareness for a faster decision-making process. It is the first tri-service communication and IT network of the Armed Forces.
iv. It is a strategic, highly secure and scalable system. It has has a pan-India reach from Ladakh to the North East to island territories.
v. The network has been fully designed and developed in India by HCL Infosystems.

Sweden inaugurates world’s first electric road
Sweden on 22 June 2016 inaugurated a test stretch of an electric road in Sandviken, making it one of the first countries in the world to conduct tests with electric power for heavy transports on public roads.
About the test :
i. The test was conducted on parts of road E16. It involved a current collector on the roof of the truck that feeds 750 volts DC to the truck’s hybrid electric system. The current conductor can connect automatically at speeds up to 90 km/h.
ii. The tests will continue up through 2018. They will provide knowledge of how electric roads work in practice, and whether the technology can be used in the future.
iii. The experiment is based on the Government’s goal of energy efficiency and a fossil fuel-free vehicle fleet by 2030, and will contribute to strengthening Sweden’s competitiveness. 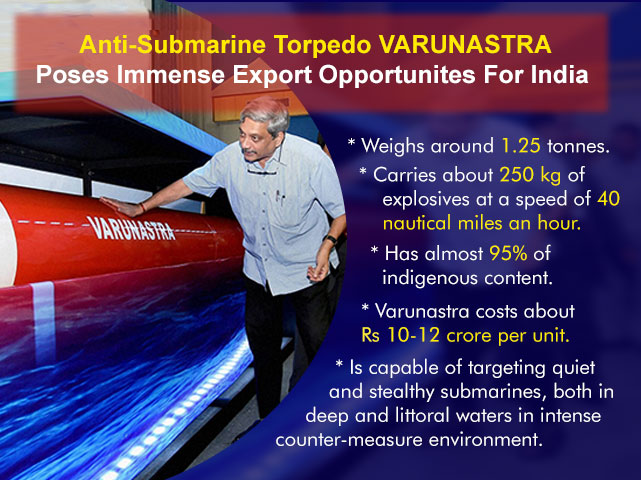 Amul signs up as official sponsor of Indian team to the Olympics
i. India’s leading food products company Amul has signed up as the official sponsor for the Indian contingent to the Rio Olympics 2016.
ii. The company will launch a series of advertising campaigns for milk and other dairy products to promote this association.
iii. In addition, the company’s products will also sport special branding to promote this association. 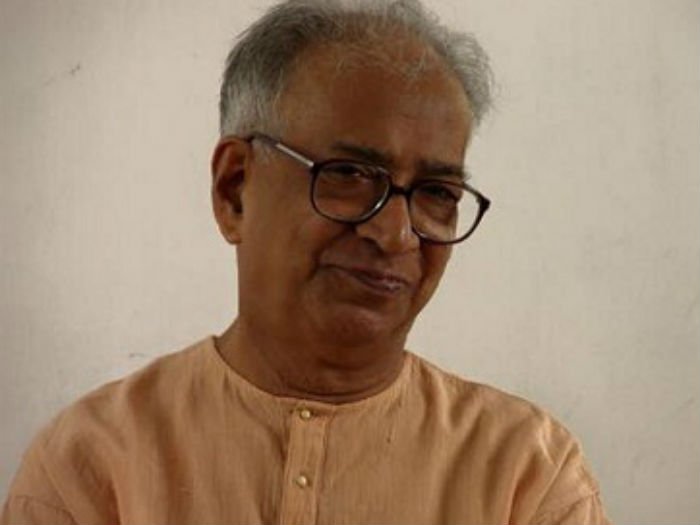 awarded the Padma Vibhushan in 2012.
Facts about K G Subramanyan :
i. Renowned artist K.G. Subramanyan dies at 92 Born as Kalpathi Ganpathi Subramanyan in 1924 in a village in Kerala. He studied economics at Presidency College, Madras and was actively involved in the Indian freedom struggle.
ii. The turning point of his life, as an artist, came when he visited Santiniketan to study in Kala Bhavan, the art faculty of Visva Bharati University. Here he got mentors as Nandalal Bose, Benode Behari Mukherjee and Ramkinkar Baij.
iii. In 1951 he became a lecturer at the Faculty of Fine Arts in M.S. University in Baroda. He was famous for his terracotta murals, glass paintings, illustrated children’s books, works on canvas that drew upon myth, memory and tradition, sculptures and drawings.
Awards and Honours: Padma Vibhushan (2012), Padma Bhushan (2006) and Padma Shri (1975)