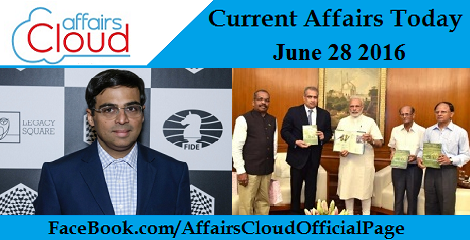 Assam’s famous Kamakhya Temple receives an aid Rs. 25 crore for Infrastructure
i. Union petroleum minister Dharmendra Pradhan announced an aid of Rs 25 crore over the next couple of years for the infrastructure development of Kamakhya temple.
ii. The announcement comes from the Minister during the Ambubachi Mela festival  which is  the celebration of goddess Kamakhya’s annual menstruation cycle, considered as a symbol of fertility by the Hindus.
iii. The festival is the eastern India’s largest congregation of pilgrims – drew a whopping 25 lakh devotees this year.
Kamakhya Temple:
The Kamakhya Temple situated on the Nilachal Hill in western part of Guwahati city in Assam is a Hindu temple dedicated to the mother goddess Kamakhya.

Radha Mohan Singh launches a web based App CMRS for better crop and Nutrient management released for Bihar farmers
i. The Union Agriculture and Farmers’ Welfare Minister Radha Mohan Singh launched Crop Manager for Rice-based Systems (CMRS) App for better crop and Nutrient management for Bihar farmers in a program organised at ICAR-RCER in Patna.
ii. The App will be a part of Digital India program and will be linked with Soil Health scheme for bringing access to new technologies to rural India.  The App had been already launched by the Prime Minister, Narendra Modi.
iii. CMRS is a web-based App that can be used with computer, mobile and tablet and aims to increase farmer’s net income and sustain the productivity for rice-based cropping systems in Bihar, India.

IMF clears payment of USD 500 million to Pakistan
i. The International Monetary Fund cleared decks for the payment of USD 501 million for Pakistan taking the total amount given to the country to USD 6.1 billion in the last few years.
ii. The decision comes after 11th review of Pakistans economic performance in a three-year program supported by an Extended Fund Facility (EFF) arrangement, that allows immediate disbursement of about USD 501 million to Pakistan.
International Monetary Fund:
♦ CEO: Christine Lagarde
♦ Headquarters: Washington, D.C
♦ Founded: 1945

3 Indian Navy Ships Reach Russia To Enhance Maritime Cooperation
i. Three Indian naval ships reached Vladivostok in Russia on a four day visit as part of efforts to enhance maritime cooperation between the navies of both countries.
ii. The ships representing Indian Navy namely INS Sahyadri, Shakti and Kirch, under the Command of the Flag Officer Commanding Eastern Fleet, Rear Admiral SV Bhokare, as part of deployment of the Eastern Fleet to the South China Sea.
iii. These ships will have professional interactions with the Russian Navy aimed at enhancing co-operation and bolster the strong bonds of friendship between the two forces.

Young Leaders award for their exemplary work, the award will presented by Queen Elizabeth at the Buckingham Palace.
ii. Sawhney, a visually challenged young man with a passion for education and a youth facilitator from Hyderabad, he founded Project STEMAccess, which offers hands-on science workshops in India, as well as virtual training sessions.
iii. Neha Swain is a youth facilitator and co-founder of NGO Rubaroo for young people, irrespective of their socio-economic background, to develop their leadership skills through interactive workshops.
iv. The Award recognizes and celebrates unique people aged 18-29 from across the Commonwealth.

Shariah High Court appoints first women judges in Malaysia
i. Two womens Noor Huda Roslan and Nenney Shuhaidah Shamsuddin have been appointed as judges of Malaysia’s Islamic Shariah High Court for the first time in the history of the judiciary of the Muslim-majority country.
ii. The Government of Malaysia had ratified the UN Convention on the Elimination of All Forms of Discrimination against Women and the appointments were in line with empowering women.
iii. The Shariah High Court, also called Syriah High Court, refers to Sharia law in Islamic religious law and deals completely with Islamic laws, having jurisdiction upon every Muslim in Malaysia.
Malaysia:
♦ Capital: Kuala Lumpur
♦ Currency: Malaysian ringgit 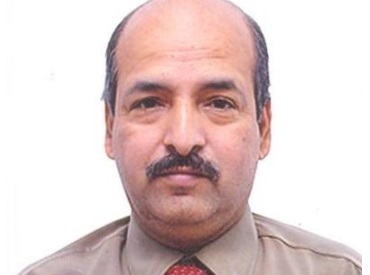 i. Union government has cleared decks for the appointment of NS Vishwanathan as the Deputy Governor of the Reserve Bank of India (RBI). He would succeed H R Khan, who will retire next nonth.
ii. Viswanathan is currently working as an executive director at the RBI since 2014 and put on in super vision of the banking regulation and non-banking department.

CSIR launches anti diabetic ayurvedic drug BGR -34
i. The Council for Scientific and Industrial Research (CSIR) under the aegis of Ministry of Science and Technology, has launched an anti-diabetic ayurvedic capsule priced at Rs. 5 per tablet.
ii. The Capsule named BGR-34, abbreviated name for Blood Glucose Regulator that designed for type 2 diabetes. AIMIL Pharmaceuticals will manufacture this drug and market it.
iii. BGR-34 is developed jointly by the National Botanical Research Institute (NBRI) and the Central Institute for Medicinal and Aromatic Plants (CIMAP).
iv. The capsule can be taken as prescribed by the doctor for diabetes which will be available on all major medical stores in Karnataka and adjoining states.

China sets up first Dark Sky Reserve in Tibet to limit light pollution
i. China has established country’s first dark sky reserve for astronomical observation to limit light pollution and preserve sites for making astronomical observations in the Tibetan prefecture of Ngari, bordering Nepal and India.
ii. The reserve sprawls over an area of 2,500 square kilometres was jointly iniated by the China Biodiversity Conservation and Green Development Foundation (GDF) and the regional government of Tibet.
iii. The dark reserve is an area that is kept free of artificial light pollution to preserve is generally to promote astronomy. It usually surrounding a park or observatory. with a 2-1 win over Netherlands the World and Olympic champion’s side in the title clash at the Lee Valley Hockey and Tennis Centre in London.
ii. However in the bronze medal game, USA fought to a shootout victory over Australia, making the team a first Champions Trophy medal since wining bronze at the 1995.
iii. Final standings: 1: Argentina, 2: The Netherlands, 3: USA, 4: Australia, 5: Great Britain.

India’s Sanjeev Rajput wins silver in ISSF World Cup
i. Ace Indian shooter Sanjeev Rajput bagged silver medal in men’s 50-metre rifle 3 position event of the ISSF World Cup in Baku Ajerbaijan.
ii. This is the third World Cup medal and his first in five years, Rajput finished seventh in the qualification with a score of 1167 in kneeling, prone and standing position. 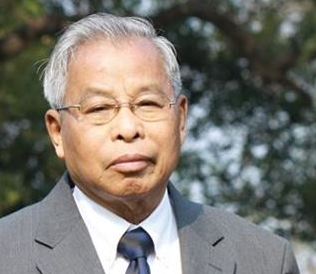 private hospital in south Delhi, where he breathed his last. He was 87-year-old
ii. The Chairman of Nationalist Socialist Council of Nagaland (NSCN-IM) who led a bloody insurgency in the Northeast for over three decades had been undergoing treatment.
iii. Isak Swu alongside NSCN-IM general secretary Thuingaleng Muivah made the group in 1980 opposing the Shillong Accord signed by the then Naga National Council (NNC) with the Centre for bringing peace in Nagaland.

Founder of Titan, Xerxes Sapur Desai has passed away
i. The founder of Titan Co Ltd, Xerxes Sapur Desai, has passed away following acute gastroenteritis in Bengaluru. He was 79 year old.
ii. He had played a key role in announcing India to its first quartz watch when he set up Titan Co. Ltd (part of Tata Sons), after lasting years of resistance from state-owned HMT Watches in the late 80s.
iii. Desai graduated in Oxford University who had joined Tata Administrative Service (TAS) in 1961. He also worked with Tata Press, Tata Chemicals and Taj Hotels before setting up Titan in 1986.

Grassland in New Delhi. The book, which was presented to the Prime Minister by the Scientists of Gujarat Institute of Desert Ecology (GUIDE).
ii. The Book is accumulation of the research work, concerning to more than 250 species of birds found in the Banni area of Kutch, Gujarat.
iii. The GUIDE institute is located at Bhuj, has been studying the plant, bird and marine life in the Rann of Kutch for over 15 years.