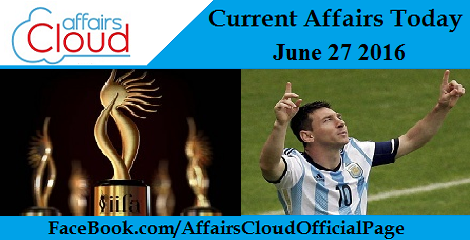 Railway Minister Suresh Prabhu inaugurated train service between Patna to Ara
Railway Minister initiated train route between Patna to Ara region having Mainline Electric Multiple Unit based rail system
Delegates: Manoj Sinha, Minister of State for Railways, K. Mital, Chairman Railway Board, Jamshed , Member Traffic Railway Board
Railway Minister notified that the train service is mainly for the populous states of West Bengal, Jharkhand, UP and Bihar
About MEMU and DEMU
♦ The Mainline Electric Multiple Unit or MEMU is a commuter rail system in India
♦ Operated by the Indian Railway for semi-urban and rural areas
♦ A diesel multiple unit or DMU is a multiple-unit train powered by on-board diesel engines. 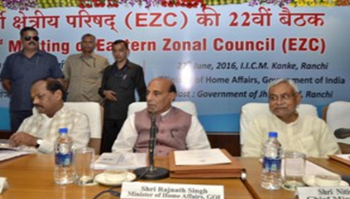 Govt to constitute Monetary Policy Committee (MPC) under the Reserve Bank of India Act, 1934
i. Union Government amended RBI Act -1934 regarding constitution of MPC into force so that statutory basis of Monetary Policy Committee is made effective.
ii. Upon this move a Committee-based approach will be in place that adds value and transparency to monetary policy decisions.
iii. The MPC will have six members of which three Members will be from the Reserve Bank of India (RBI), including the Governor, who will be the ex-officio Chairperson, the Deputy Governor, RBI and one officer of RBI.
iv. The other 3 Members of MPC will be appointed by the Union government, on the recommendations of a Search-cum-Selection Committee, which will be headed by the Cabinet Secretary.
v. These three Members of MPC will be doyens in economics or banking or finance or monetary policy and will be appointed for a period of 4 years and shall not be eligible for re-appointment.

Andhra Pradesh government inks deal for Rs 10,000 crore gas-based fertilizer project
i. The Andhra Pradesh government inked a memorandum of understanding (MOU) with a three­nation consortium of China Huanqin Contracting and Engineering Corporation, LEPL Ventures Private Limited and Isomeric Holdings to set up a gas­based fertilizer project at Krishnapatanam with an investment of Rs 10,183 crore.
ii. The MoU was signed during N Chandrababu Naidu’s ongoing visit to China, wherein he was participating in the World Economic Forum’s 10th annual meeting of New Champions in Tianjin.
iii. The proposed year of commencement for the project is 2017­18 that will help generate 5,000 thousand jobs.
Andhra Pradesh:
♦ Capital: Amaravati
♦ Chief Minister: N Chandrababu Naidu
♦ Governor: ESL Narasimman

BHEL commissions two hydel units in Afghanistan
i. State-run Power giant Bharat Heavy Electricals Ltd (BHEL) has commissioned two units of 14 MW each at Salma Hydro Electric Project in Afghanistan.
ii. To mark the contribution by the BHEL towards setting up of the project, its CMD Atul Sobti was honoured with an appreciation shield by External Affairs Minister Sushma Swaraj and Union Minister of Water Resources, River Development and Ganga Rejuvenation Uma Bharati.
iii. This project has been funded under government of India’s grant to Afghanistan.
iv. The Salma dam also called Afghan-India Friendship dam, was inaugurated by Prime Minister Narendra Modi during his recent visit. distrust of politicians and business leaders after the 2008 global financial crisis and the Panama papers scandal.
ii. The country voting were counted on that 39 % of Icelanders voted for Johannesson as president. Contenders included a former prime minister and central bank governor.
iii. Johannesson who is a lecturer at the University of Iceland who has said he has never been a member of a political party, will take oath on Aug. 1.
iv. He will replace President Olafur Ragnar Grimsson who has served as Iceland’s president since 1996.
Iceland
♦ Capital: Reykjavik
♦ Currency: Icelandic króna
♦ Prime minister: Sigurður Ingi Jóhannsson
♦ President: Gudni Johannesson

Mr. Sujoy Bose appointed as the Chief Executive Officer (CEO) of National Investment and Infrastructure Fund(NIFF)
i. Union government has appointed Sujoy Bose as the chief executive officer of the National Investment and Infrastructure Fund (NIIF) that makes the way for the Rs 40,000-crore sovereign wealth fund to begin operations.
ii. Bose at present the director and global co-head of infrastructure and natural resources at International Finance Corporation.
iii. Centre has constituted search-cum-selection committee under the chairmanship of Economic Affairs Secretary Shaktikanta Das for the selection of CEO of NIIF.
iv. The Centre will invest Rs 20,000 crore in NIIF, the rest will come from private domestic and foreign investors who can invest in the umbrella fund or smaller sector or project-specific funds.
International Finance Corporation:
♦ IFC is a private sector lending arm of the World Bank.
♦ Headquarters: Washington, D.C
♦ Founded: 1956
♦ CEO: Philippe Le Houérou

NATO appoints highest-ranking woman in its history
i. Brussels based North Atlantic Treaty Organization has appointed U.S. Under Secretary of State Rose Gottemoeller as its next deputy secretary-general.
ii. She is the highest-ranking woman and second highest-ranking civilian official in its history to be named for the post also the first woman to hold the job who will take up her new position Oct. 1.
iii. Gottemoeller will advises Secretary of State John Kerry on arms control, non-proliferation and disarmament. She succeeds Alexander Vershbow.
NATO:
♦ Headquarters: Brussels, Belgium
♦ Founded: April 4, 1949. 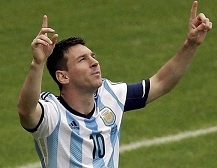 international football after his side crashed to an upset defeat against Chile in the title clash of the Copa America League.
ii. The Skipper Messi announced retirement after his fourth defeat in a major final with Argentina. Also 2016 final loss in Copa America was Argentina’s second consecutive.
iii. Messi 29 year old is a five-time FIFA player of the year, winner of four Champions League titles and eight Spanish La Liga crowns with Barcelona.