Finance Minister Arun Jaitley Participated in the First Annual General Meeting of Asian Infrastructure Investment Bank to discuss about the investment in Infrastructure and accorded the approval to establish the Regional Office of AIIB in New Delhi. 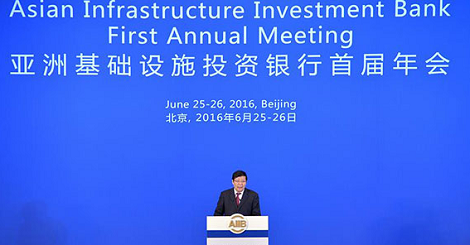 Loan Allocated: $27.5 million (Co-financed with the European Bank for Reconstruction and Development (EBRD))

Aim: Support the building of infrastructure in the Asia-Pacific region

India is the second largest shareholder in the bank after China.

% of Shareholding in AIIB :