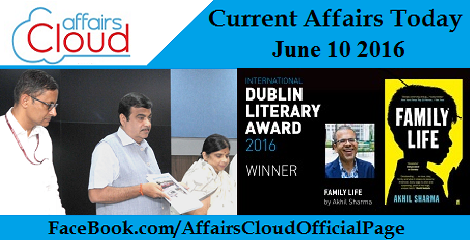 Union Government released the Road Accidents in India 2015 Report
The Minister of Road Transport and Highways Nitin Gadkari released the report on “Road Accidents in India 2015” and insisted to lower down the number of road accidents and fatalities by 50 % by 2020.
Venue: New Delhi, India
Accidents and Fatalities:
♦ In India occurrence of Road accidents about 5 lakh in a year.
♦ During accident, fatalities cases are 1,46,000 and No. of injuries are about thrice times of fatalities.

Suresh Prabhu flags off Champaran Satyagrah Express train in Bihar
i. Union Railway Minister Suresh Prabhu flagged off Champaran Satyagrah Express train at a function in Motihari, Bihar. This train will ply between Bapudham, Motihari to Anand VIhar, Delhi.
ii. He also pledged that in Bihar passenger amenities would be improved further and passenger amenities is the top most agenda of his ministry he said.
iii. In the function he also inaugurated Banmankhi – Purnea rail section and Pipraha Railway Station and road over bridges at Motihar, Begusarai and Danapur through video conferencing.

Delhi CM sets-up committee to look into matters related to water bodies
i. Delhi CM Arvind Kejriwal set up a high level committee headed by PWD Minister Satyendra Jain to look into the issues pertaining with water bodies in the capital.
ii. The high level committee will have Water Minister Kapil Mishra and Environmental Minister Imran Hussain as its members. While the Delhi Jal Board CEO Keshav Chandra will be the Member Secretary.
iii. The committee will study the matters of water bodies in NCT of Delhi with issues pertaining water issues like site inspections, proper identification/confirmation of water bodies for updated inventory, suggesting suitable recommendations to restore them, rain water harvesting for all the water bodies owning Agencies.

Malabar Exercise kicks off close to South China Sea
i. India, Japan and the US navies kicked off the Malabar Exercise, a naval exercise near Okinawa Island near Japan.
ii. The 20th edition of the exercise, MALABAR-16, is being conducted from 14 to 17 June with the harbour phase at Sasebo from 10 to 13 June and the sea phase in the Pacific Ocean from 14 to 17 June.
iii. The main aim of this trilateral exercise is to increase interoperability amongst the three navies and develop common understanding of processes for Maritime Security Operations.
iv. In the Japan controlled edition of the exercise Indian ships participating are from the Eastern Fleet and include INS Sahyadri and INS Satpura, indigenously built guided missile stealth frigates, INS Shakti, and INS Kirch.

Axis Bank launches India’s first certified green bond at London Stock Exchange
i. Mumbai based Axis Bank has announce the launch of India’s first internationally-listed certified green bond to finance climate change solutions around the world at London Stock Exchange (LSE).
ii. The lender invest the earnings of such bonds in green energy, transportation, and infrastructure projects.
iii. The Axis Bank’s green bonds which are issued within its 5 billion dollars Medium Term Note (MTN) programme were certified by the Climate Bonds Standards Board.
iv. Green Bonds are a debt instruments that makes issuer to get capital while the investors receive fixed income in the form of interest.
v. The Bonds issuer gets capital from the investors only if the investment is being raised to fund green projects.

ADB approves $100 million loan for irrigation system in Tamil Nadu
i. Manila based Asian Development Bank (ADB) has approved a $100 million (around Rs 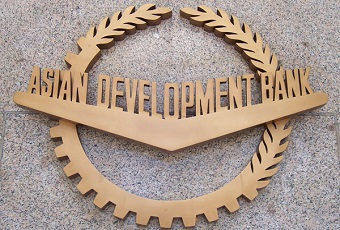 FCI inks pact with Adani Group
i. New Delhi based Food Corporation of India (FCI) has entered into an agreement with Adani group for construction of two silos to store wheat capacity of 75,000 tonnes, at an estimated cost of about Rs 80 crore.
ii. Upon this pact Adani Agri Logistics will construct silos at Kotkapura in Punjab and Katihar in Bihar in the next two years. While the silos where grains can be stored without jute bags for longer time that will be owned by the FCI
iii. The storage tower at Kotkapura would be of 25,000 tonne capacity and will require an investment of about Rs 35 crore, while the other silo at Katihar would have a capacity of 50,000 tonnes to be built at a cost of about Rs 45 crore.

i. An Indian born-American author Akhil Sharma has bagged the prestigious 2016 International Dublin Literary Award for his novel named Family Life. The winner has announced at a ceremony in Dublin’s Mansion House.
ii. The Award is funded by Dublin City Council and at €100,000 is the world’s largest prize for a single novel put out in English.
iii. Family Life novel was chosen from a total of 160 titles, nominated by libraries in 118 cities in 43 countries.
iv. The book Family Life put forward by the India International Centre library in New Delhi and by Jacksonville public library in the US.
Akhil Sharma:
♦ Sharma is an assistant professor of English at Rutgers University in New Jersey and has previously won the PEN/Hemingway Award and the New York Times Notable Book of the Year.
♦ He is the third American author to win the prize in its two decade history.

Tata Power Solar bags MNRE award
i. Tata Power Solar has bagged the Ministry of New and Renewable Energy (MNRE) in the Channel Partner/EPC contractor category at the National Excellence Awards 2016 for rooftop solar power projects.
ii. The award instituted by MNRE for the first time. Besides The Solar Company has commissioned 112.5 MW of rooftop projects till 2016.
iii. The awards are presented aimed to encourage efficiency and give positive feedback to various government bodies as well as private sector. Nuclear Fuel Complex (NFC), Hyderabad.
ii. He succeeds N Saibaba, who has retired on completion of two years of extended period of service.
iii. Kalyana krishnan will also be the Chairman of the NFC Board.
iv. He has also contributed in the successful commissioning of Zirconium Complex (ZC – a Unit of NFC) at Pazhayakayal, Tuticorin, Tamil Nadu.

Researchers in Assam developed two rice variants for submerged areas
Researchers in Assam Agricultural University developed two rice variants for submerged areas such as Barak Valley in order to yield during the monsoon season whereas the valley is liable to periodical floods.
Variants: Ranjit Sub – 1, Bahadur Sub – 1
Features:
♦ Better productivity under submerged condtions
♦ The variants are suitable for khariff season which is from July –October during the south-west monsoon in Barak Valley.

i. US technology giant Microsoft published the Malware Infection Index 2016 it reveals that locations with the highest malware encounter rates was Pakistan, followed by Indonesia, Bangladesh. India is place at the eighth spot.
ii. The index categorises the key malware threats in the Asia-Pacific region and ranks markets in Asia-Pacific according to how much they are affected.
iii. In the region more than 40% of computers in the 19 countries are infected against the global average being around 20%.
iv. It also identified the top three most encountered malware were Gamarue, a malicious computer worm that is generally dispersed via exploit kits and social engineering in the region.
The Top 10 Countries of the Index:

Names of 4 new Periodic Table elements announced
i. The International Union of Pure and Applied Chemistry publicized that the proposed names for the newly discovered elements are nihonium, moscovium, tennessine and oganesson, respectively.
ii. These elements will be used to pay tribute to Japan, Moscow, Tennessee and a Russian scientist. Those credited with discovering the elements get the rights to propose permanent names and symbols.
iii. The names will be finalised after public review and formal nod by the IUPAC Council.
The Newly announced Elements: 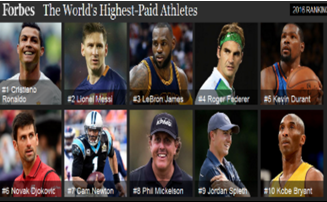 athletes hail from 23 countries and compete in ten sports.
ii. The list has been topped by soccer icon Cristiano Ronaldo comes as a fresh face at No 1 with earnings of 88 million US dollars.
iii. The earnings from the 100 athletes over the last 12 months accounting a cumulative 3.15 billion US dollars out of which 29 % of that came from endorsements and appearances.
The top 10 Rank: